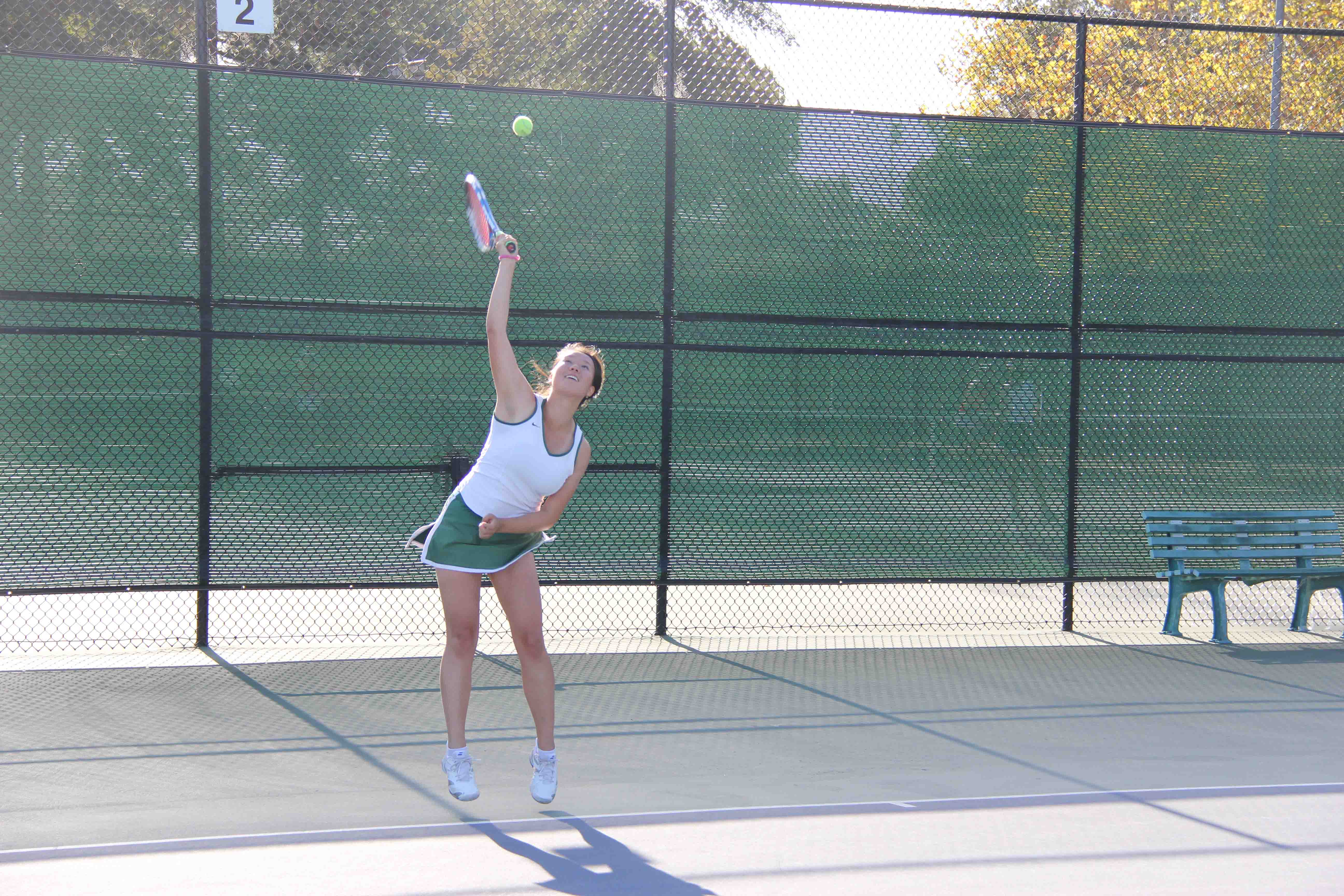 With a strong winning streak to end the season, the girls’ varsity tennis team had performed better than previous seasons and made it to the semifinals in the Central Coast Sections (CCS) playoffs.

Senior co-captain Aashli Budhiraja believes that the team’s success was due to their tight bonds within the team.

“We were successful this season because we are so close,” Budhiraja said. “It’s indescribable how close we are. We really bond and pump each other up, and we went to every match wanting to win really badly.”

The team lost to Saratoga High School 3-4 on Nov. 15 but beat Mountain View High School in its last league match by 5-2. The team was then seeded seventh in CCS and got a first-round bye.

The girls demolished Robert Louis Stevenson High School in its second-round CCS match with a final score of 7-0. They went on to defeat Saratoga High School by a score of 4-3 in the third round of CCS. The Vikings’ went on to play Monta Vista High School, a perennial powerhouse, in the CCS semi-finals, but lost.

The Vikings’ 2-5 loss to Monta Vista ended their season. Though disappointed, the girls are still proud of their effort.

“The season actually went a lot better than I had expected,” sophomore Kelsey Wang said. “We improved our record considerably from last year, and team morale overall was very high. I’m especially proud of our seven seniors, and the team will miss them so much next year.”

Senior Samantha Dewees echoed Wang’s sentiment about the season and how the girls on the team performed as a whole.

“As a whole, I am really happy with the way this season turned out. I think we all gave it our best and played really well,” Dewees said. “We made it farther than the team has ever gone in CCS since the 80s, so that’s something. This was our best season since I have played for Paly, and I had a great time being a part of such an amazing team for four years.”

“It’s obviously a bummer that we lost [in the semifinals], but i think we played well given the circumstances,” Budhiraja said. “We found out really late that one of our top starters couldn’t play, so we went in kind of stressed out and unsure.”

Having over half the team graduating this year, the remaining girls are worried about replacing the class of 2014 next year, but the seniors are very confident that with hard work, next years’ tennis team will still do great.

“I’m not going to be there next year, but I think that if the team is able to maintain a strong dynamic and bond, they’ll do fantastic next season.” Budhiraja said.