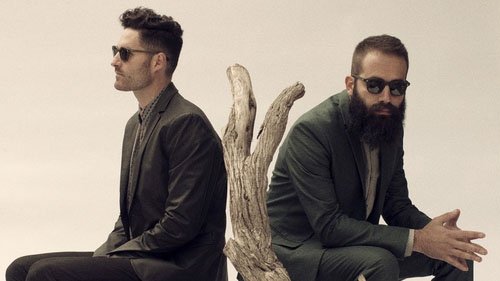 The annual Not So Silent Night music festival, hosted by radio station Live 105.3, will take place on Dec. 6 and 7. Each year when the lineup of artists is released, people ecstatically purchase tickets to see their favorite indie and alternative bands in concert.

The event, split up into two nights, features some of the most prominent artists of the genre, attracting just under 20 thousand fans to purchase tickets each year.

The first night of this event features the artists Kings of Leon, Vampire Weekend, Queens of the Stone Age, AFI, Arctic Monkeys and Capital Cities. The second night will feature Arcade Fire, Phoenix, Alt-J, Lorde, Bastille and The Neighbourhood. Each of these bands represents a different sub-genre of the alternative industry. For example, AFI is considered to be an emo punk band, whereas Vampire Weekend is an indie rock band known for their use of less traditional instruments. The beauty of Not So Silent Night is that all of these bands will be found on the same stage and on the same night.

The band to look out for on the first night is Kings of Leon. The Kings of Leon, out of Nashville, have failed to disappoint since the four brothers formed their group in 1999. It was not until their third album, “Because of the Times”, that they began receiving major commercial success. Their hit song “Use Somebody” earned them to two Grammy Awards and sent them into the mainstream. The band is only getting more popular, gaining momentum after the release of their latest album, “Mechanical Bull.” This is a great opportunity to see Kings of Leon before they embark on a 2014 tour, playing in venues such as Madision Square Garden.

The most unique act of the second night will be the performance by the Lorde, who can be heard on practically every single radio station for her track “Royals.” What makes this artist so exciting is that she, having just turned 17, is even younger than some Paly students. Though she is young, Lorde has a powerful voice and great stage presence. She is not leaving the industry anytime soon so take advantage of the opportunity to say you saw her at such a young age.

Regardless of the night, this show is going to be one to remember, so get your tickets before they sell out.