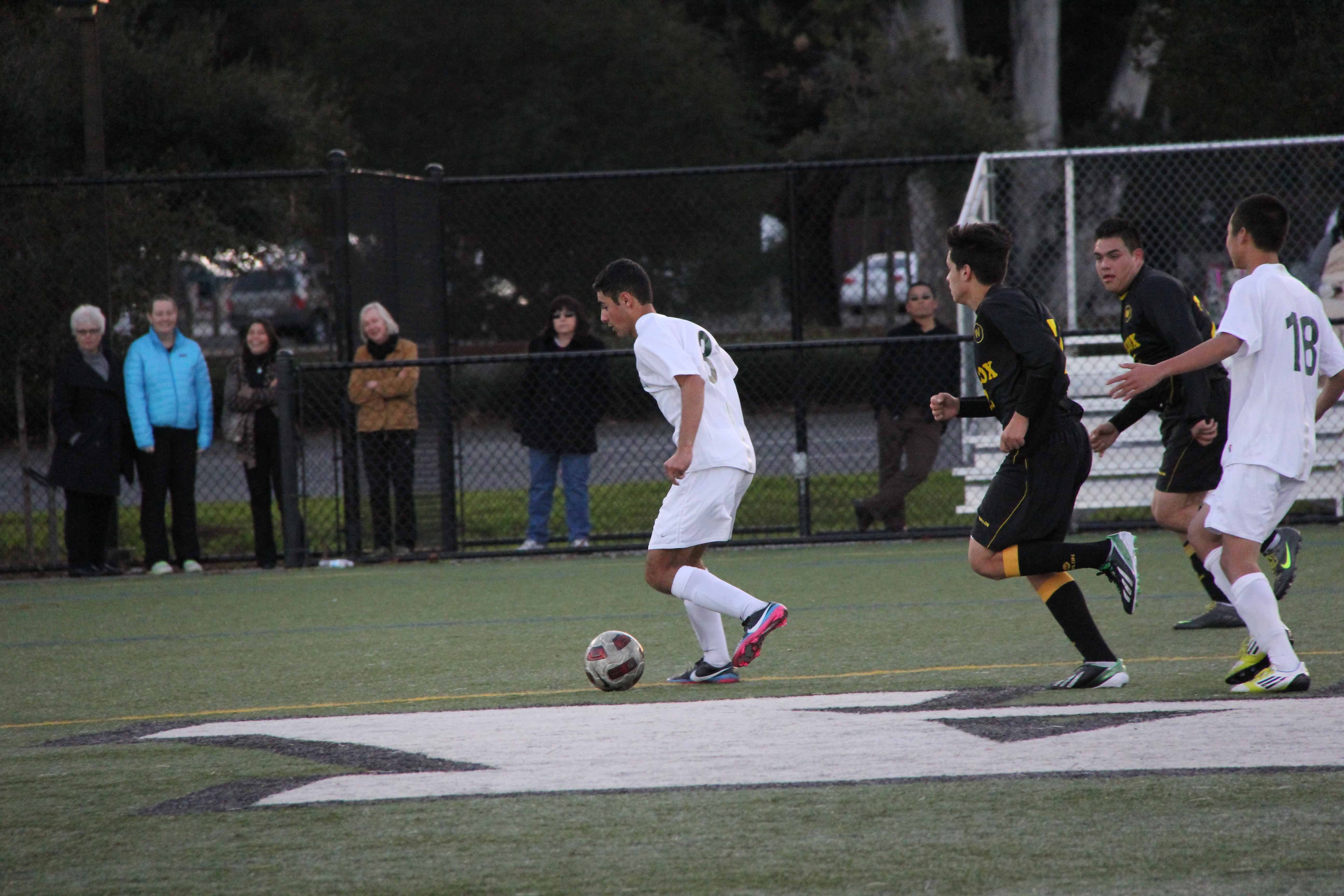 Senior Cina Vazir races towards the ball in a game against Wilcox High School. The game was tied 0-0.

Although they had lost against Mountain View when they faced them during the preseason, the team was hopeful that their second meeting would turn out better.

“We knew we had a chance this game,” junior Wesley Woo said. “[We] would have to come out hard.”

Although Mountain View was missing a key player due to injuries, the Spartans were able to capitalize on the mistakes made by the Vikings early in the game and the Vikings were not able to recover.

“We let down our focus three times, and they scored all three of those times,” Woo said.

Despite the loss the team is hopeful moving forward.

“Our team is gradually getting better,”  sophomore Dami Bolarinwa said. “We’re looking to push ourselves at practice and get the team moral back up.”

Coach Donald Briggs also recognized the importance of a quick reversal of momentum after the loss.

“It’s the last two games of the first half so I hope we get competitive and end on a good note,” Briggs said. “We have competed in every game; every game has been close.”

He also addressed the youth of the team, highlighting the benefits of having a large contingency of young players, rather than focusing on their inexperience.

“Our strength is that we are versatile, [the] kids can play a lot of different positions,” Briggs said.  “Sometimes we can score a lot, sometimes we score a little. This isn’t really a weakness but we are still young, we sometimes [have] little let downs that happen when you are younger, but once you get mature it doesn’t happen.”

The Vikings will play  Los Altos on Wednesday at Paly.