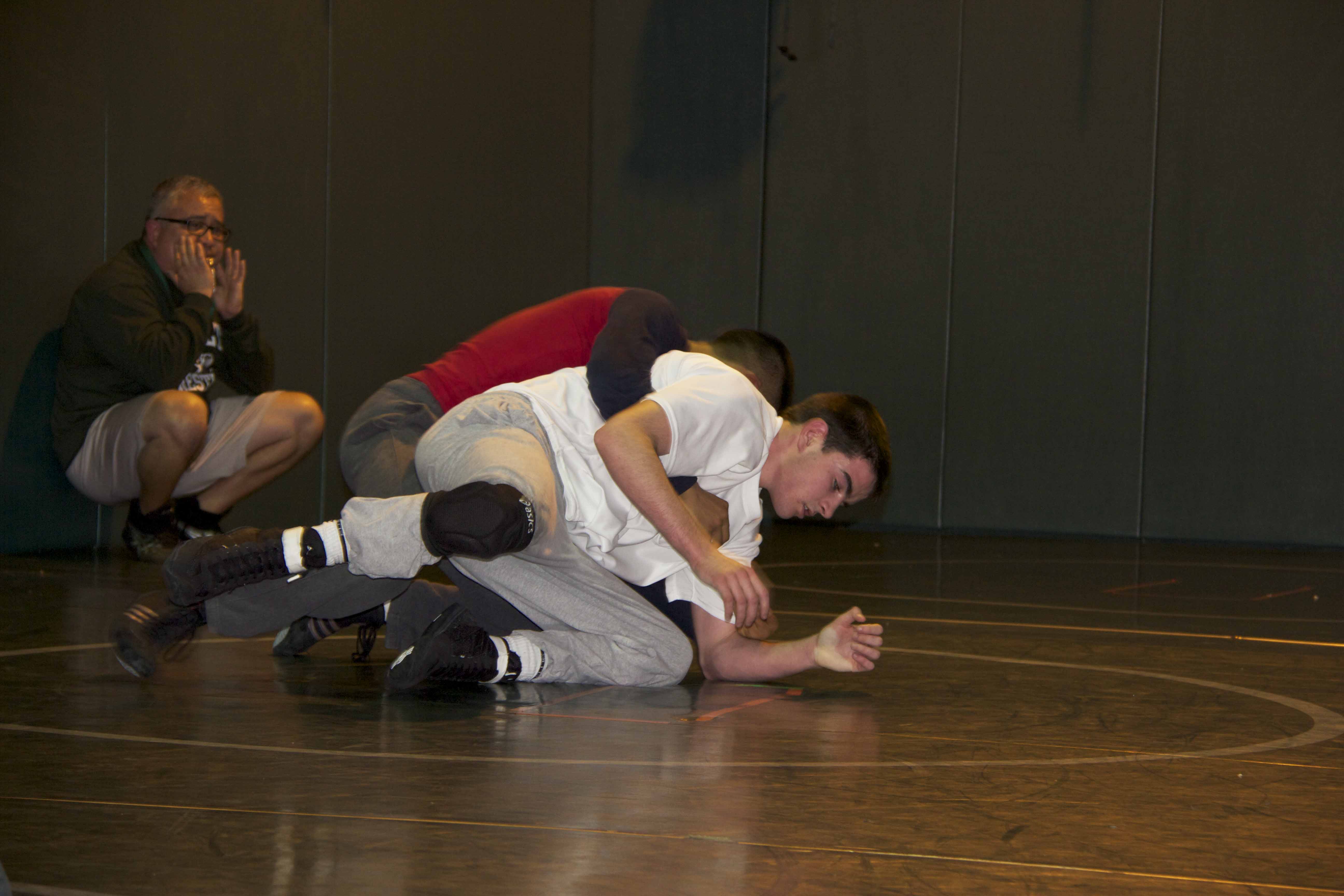 Coach David Duran advises junior James Giaccia, the only upperclassman on the team, as he practices for Santa Clara Valley Athletic League playoffs.

The team, which has started off 1-4, would have to win the rest of its league matches, as well as winning the league playoffs. Fortunately for the team, its improvement and individual gains has made up for some of the disappointment that has come from the rest of the season.

“We are currently 1-4 as a team,” junior James Giaccia said. “But I believe the team’s progress hasn’t been represented well by how well we’ve done because everyone as a whole has been improving a lot.”

With league playoffs only weeks away, there is little time for the team to improve until playoff matches start. Freshmen wrestlers still need to develop if the team wants to have a chance competing in league playoffs.

“We need to improve by just putting in the work,” Giacci said. “No one can miss any practice. We will become better if everyone works hard.”

The team is also using a lot of younger athletes this year, with Giacci being the only upperclassmen on the varsity team. Multiple wrestlers that were supposed to be on the team this year were unable to compete because of injuries.

Both seniors, Gunnar Felt and Andrew Frick, missed the whole season due to injuries sustained competing in other sports.

“Even before I got hurt we only had one other senior wrestler,” Felt said. “Plus, he got injured as well and wasn’t able to wrestle.”

Despite these drawbacks, the team still aims at competing and winning leagues.

“As a team the goal is to win the league,” Giacci said. “I just hope some of our freshman start to mature, grow  and win some varsity matches.”

The team also has a silver lining with its coaching staff. With seven different coaches coaching both the varsity and junior varsity teams, they might be able to give the team the boost they need to compete for the rest of the season.

“Our biggest strength this year is our coaches,” Felt said. “We have seven different coaches and they each bring a different style, which we need.”

The team will finish the league regular season on Feb. 21, with the league playoffs starting shortly afterwards. The team hopes to compete in and win the SCVAL playoffs.