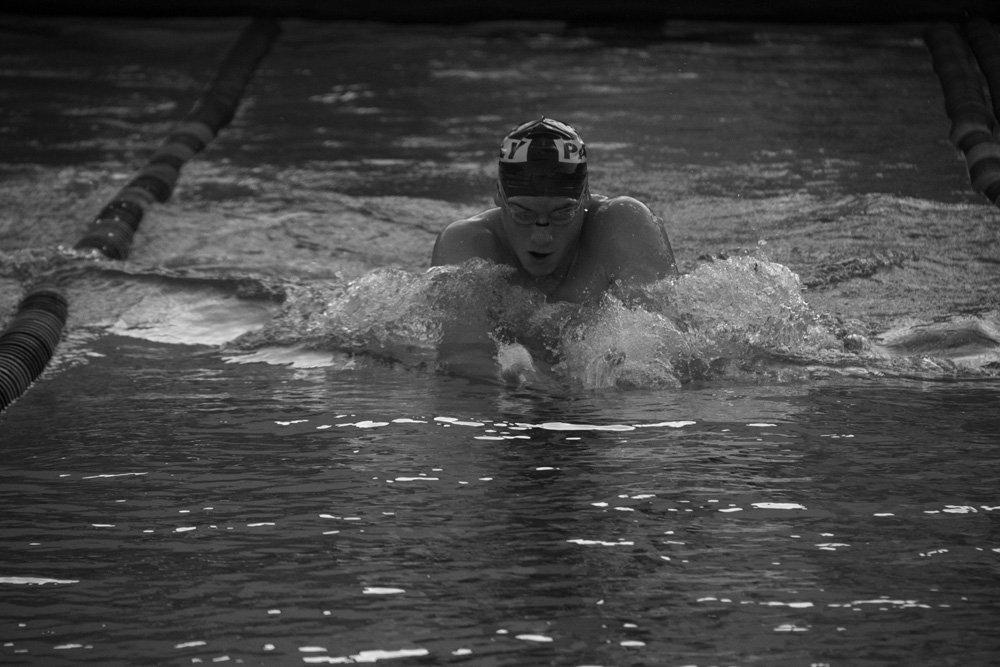 The boys’ swimming and diving teams predict a successful season, expecting to win both the Santa Clara Valley Athletic League (SCVAL) and CCS. Winning CCS would break Bellarmine College Prepatory’s 29-year streak, which Paly has always tailed and is eager to break.

“I have some pretty high expectations for the team this year,” senior varsity captain Omri Newman said.

This year, the boys diving team is working harder than ever to improve its record, after losing several seniors. According to iunior Scott Hillen, everyone from last year’s team has improved tremendously since the end of last season. Senior diver Christian Lantzsch mirrors Hillen’s remarks.

“I believe we will fare fairly well as we have a few divers that I can see could make large improvements this year,” Lantzsch said.

Off-season training and a positive team attitude have contributed to their overall improvement.

The boys diving team will lean heavily on senior varsity captain Will Mendenhall for support and guidance.

“I think Mendenhall will really come through for us this year,” senior Alex Hammer said. “He’s shown a lot of promise and I think he’ll be an incredible diver. We’re really counting on him for our team’s success.”

Among the divers, sophomore Reed Merritt shows talent and his team members hope he will help carry the team.

“I predict that Reed will finish in top three,” Hillen said.

The boys swimming and diving teams will have their first meet against Menlo High School and Menlo-Atherton High School on Feb. 28 at Paly.