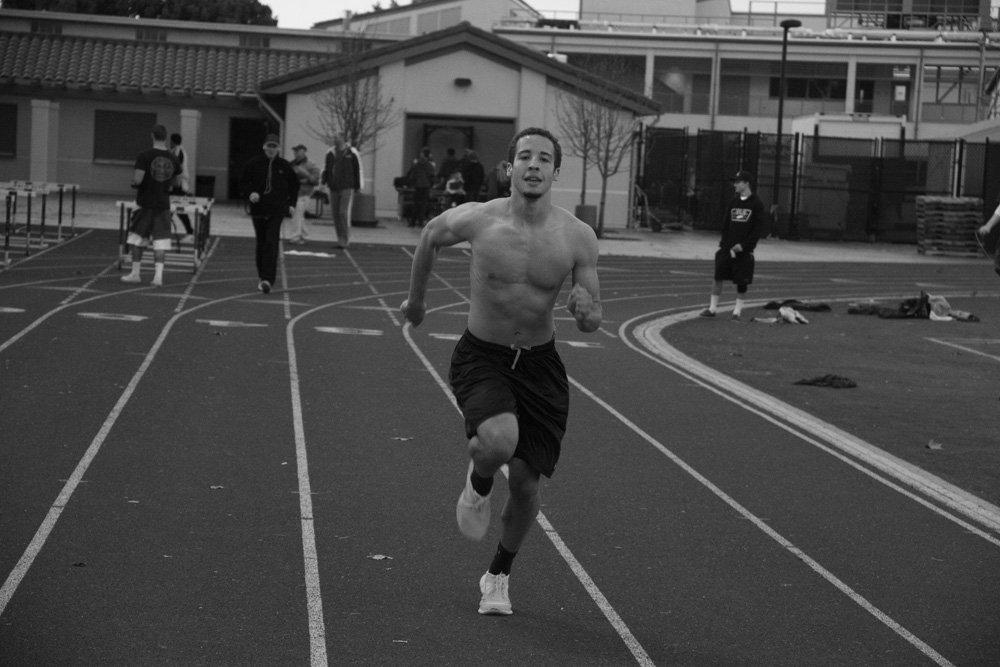 Coach Kelsey Feeley is returning for her second year of coaching Paly’s track and field and, like many of the athletes, is excited for the upcoming season. Additionally, Feeley looks forward to being co-head coach this year.

“I love track season and I’m really excited for it,” Feeley said.

Senior Audrey DeBruine, a second-year captain, also has high hopes for the season, especially with the addition of long distance specialist and co-head coach Taylor Motts.

“It’s my senior season, so of course I’m really stoked about that,” DeBruine said.

Additionally, the new track and jump pits are open for use.

“I’m really excited that we have our track back for this season so we can have some home meets and hopefully get some fans to our track meets,” DeBruine added.

Motts recently moved from Texas to Palo Alto. He ran track throughout high school and began coaching his senior year of college.

Motts has been training for the Olympic trials in the marathon. At Paly, he is looking forward to the new season and coaching long distance.

With Motts taking over the long distance runners, Feeley plans to start a mid-distance group, to give each athlete more individualized workouts.

“I want to establish a legitimate middle distance plan, because last year I was all distance and didn’t really get to focus on what I know,” Feeley said. “So I’m really looking forward to working with the 400 [meters] and 800 [meters] runners this year.”

However, Feeley also worries that the sheer number of students who are on the team could pose a problem in the future.

“[There are] massive amounts of kids that come out for track,” Feeley said. “It’s a popular sport, especially for the younger kids. And just being a head coach for track for the first time, there’s a lot more kids than I had for cross-country.”

Within the masses, Feeley has spotted some key runners that will be sure to make a difference in upcoming meets.

“Kent Slaney, a freshman, kicked butt during cross-country season, and will be a huge asset to our varsity squad this year,” Feeley said.

Additionally, junior Lucas Mattison will hopefully provide some wins in the long distance events, with returning throwers and sprinters to close out the team.

The first meet is next month against Los Gatos High School, and the track team hopes to come home with as many wins as possible.