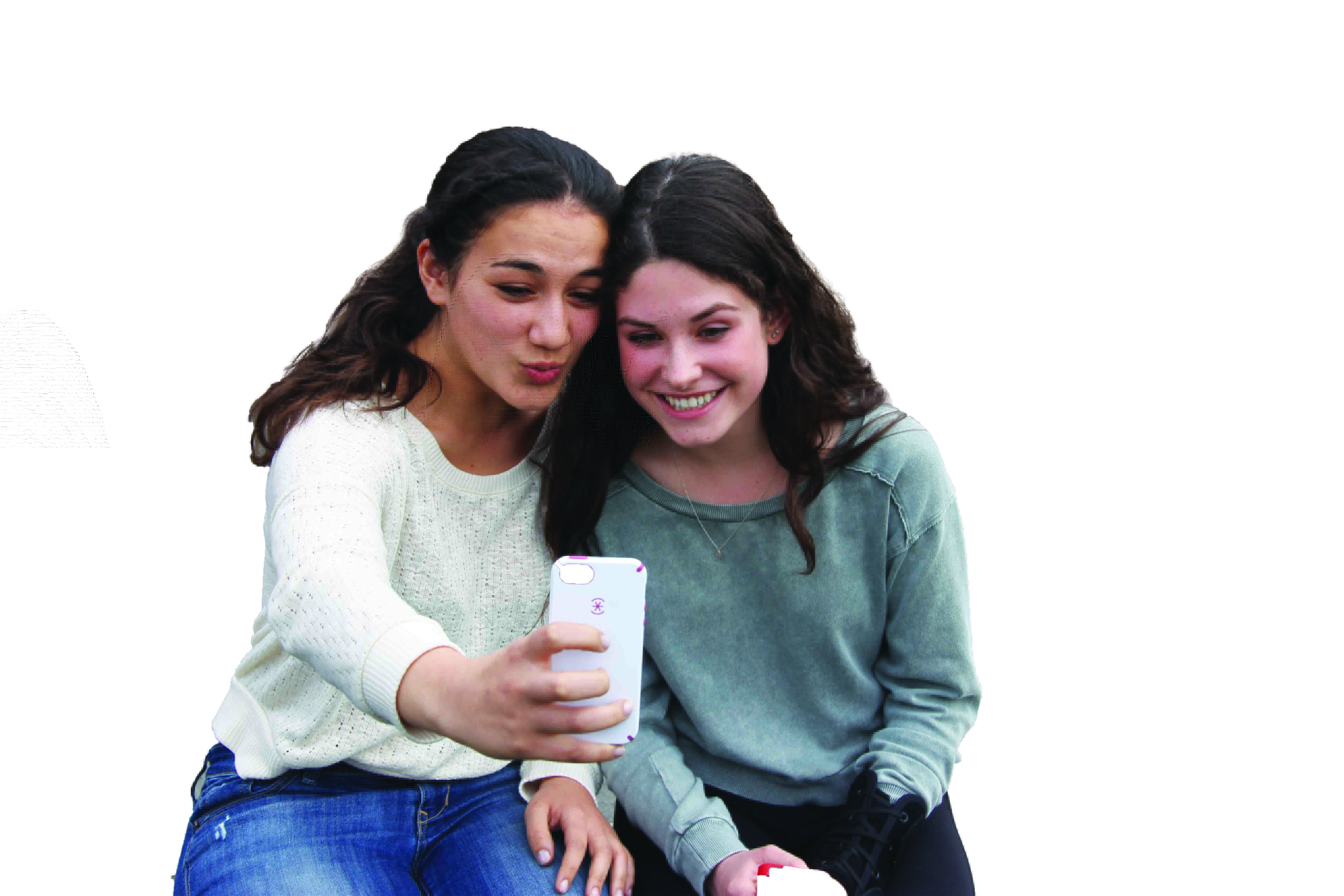 2 in 2,000 (With Melanie Reilly and Isabella Saliba Long)

The Campanile: Tell us a little bit about your relationship on Snapchat. It has been said that you are best friends on Snapchat. How did that start? Who sent the first snapchat?

Isabella Saliba Long: I think I sent the first to [Melanie].

Melanie Reilly: Thinking back to that day, I think that Bella sent many to me. She spammed me with Snapchats.

TC: Are they only selfies, or other types of pictures?

ISL: Generally they’re really ugly selfies. Sometimes I’ll get bored and turn them around and show me watching TV.

TC: What’s the wildest or craziest snapchat you’ve sent to each other?

ISL: There was one of her room covered in baby powder.

MR: I dropped some baby powder in the room, and I thought it looked funny.

TC: You guys are sophomores. Are you hoping to get asked to Prom this year by an upperclassman?

ISL: Well from Melanie’s InFocus section, she does want to go to Prom.

MR: I would secretly like to be asked to Prom.

TC: If someone were to ask you to Prom, what type of person would you want that to be?

MR: I don’t think I can reveal that one. I want him to be tall, multi-lingual and has to play badminton.

ISL: They have to only speak one language, preferably not English. I like the language barrier.

TC: What is your ideal Prom ask? Basically, how would you want to be asked to Prom?

MR: It has to do with badminton. I think it’s a very admirable sport. There’s a lot of conditioning that is required. Some people can’t take it.

ISL: There was one last year where they carried someone in. That was pretty cool. It has to be a set thing that you know you’re going to Prom with, like it would be awkward if someone asks you, and then you want to say “no.”

TC: If someone was carried in to ask you to Prom would you say “yes?”

MR: If they played badminton.

TC: Are you trying out for badminton for this season or next year?

TC: Do you think that the sophomore class is better than the freshman class?

MR: I love freshmen. I love the ones that are really nice and friendly.

TC: What is the story with you and this freshman that you are talking about?

ISL: Basically her and a freshman are very good friends now and they have overcome all conflicts.

TC: What were these conflicts that you had with your freshman friends?

TC: Describe your relationship with each other in three nouns.

TC: If you were to introduce each other in front of a large crowd before giving a speech in one sentence what would you say about each other?

ISL: This is Melanie, she likes badminton and is afraid of freshmen.

MR: This is Bella, schoolgirl by day, stripper by night.