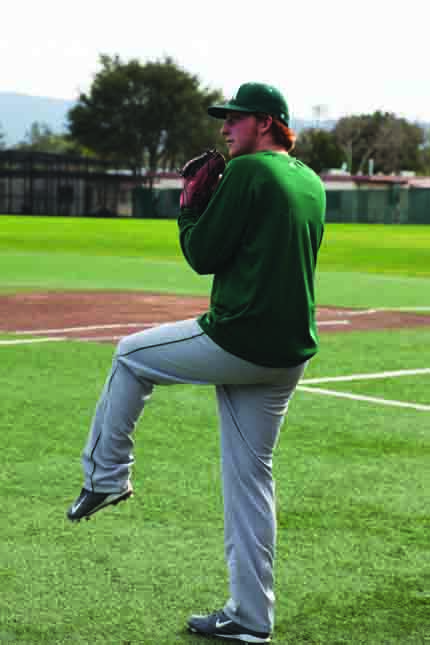 Junior Michael Pappas works on improving his pitching during practice.

Palo Alto High School’s varsity baseball has had a rough start to their season with two losses. The boys lost by narrow margins to both St. Ignatius College Preparatory, losing 3-5, and reigning Central Coast Section (CCS) champions St. Francis High School, losing 4-5. The run differences in both games speaks to the team’s potential for a great season, illustrating their ability to hold their own even without homefield advantage.

“We had two chances [to score] with the bases loaded and one out and didn’t get a run either time,” Kaasevich said.

“[The St. Francis game] was not a loss that we should hang our heads about,” Kaasevich said.

Junior Walker Ritchie weighed in on Paly’s performance against St. Francis, one of the best teams in California.

“We played a hard fought game and showed a lot of mental toughness as a team,” Ritchie said.

Mental toughness is often what sets apart a good team from a great team in baseball and could be the difference between a win and a loss.

The Vikings have more challenging games ahead as they face Junipero Serra High School, last year’s CCS playoffs runner-up, before the league schedule begins against Saratoga. Kasevich is confident in coach Erick Raich and his coaching abilities.

“Coach Raich does a great job preparing us to play guys who are supposedly better than us,” Kasevich said. “I think it all comes down to executing in the games.”