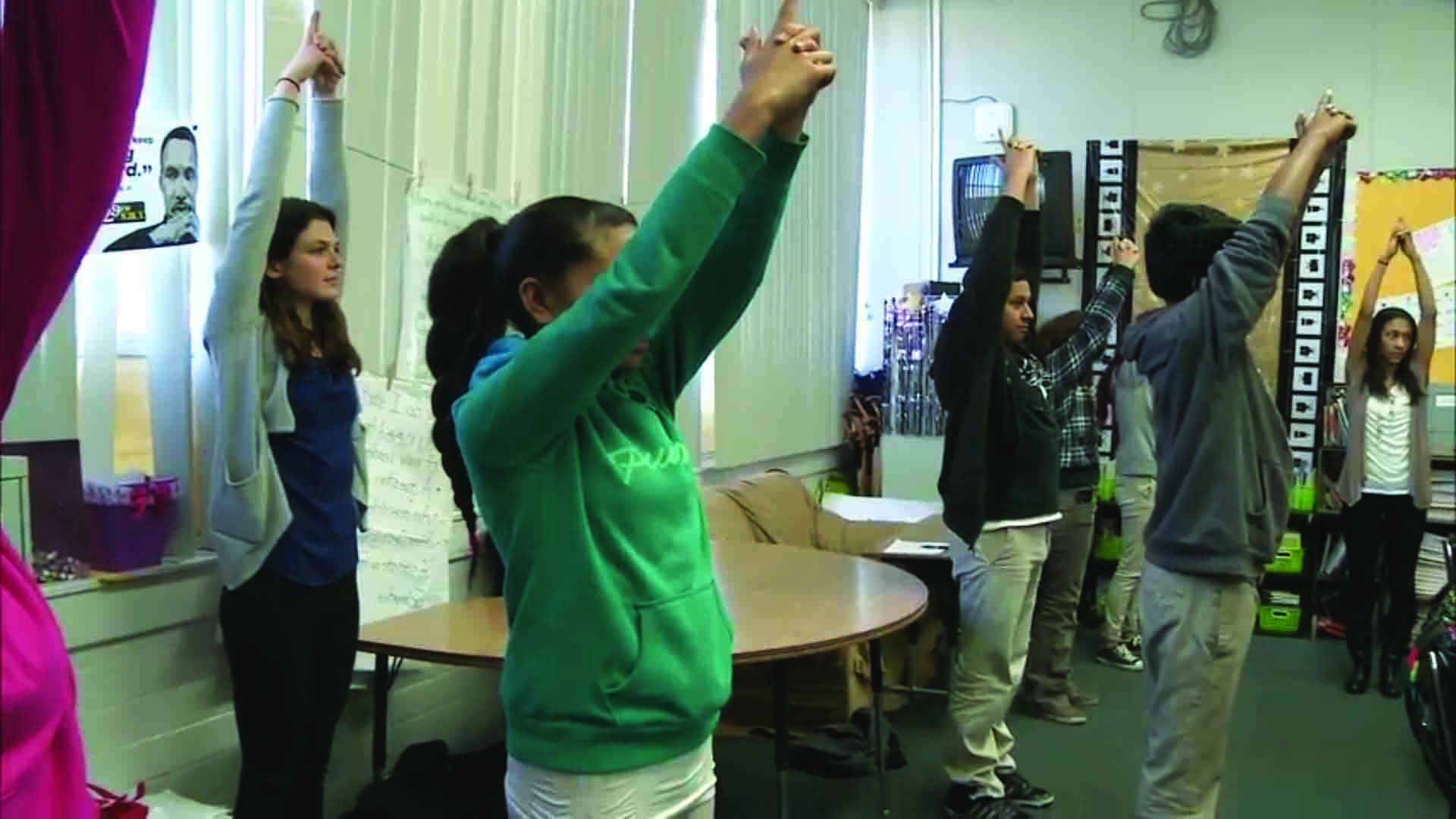 Students at Cesar Chavez Academy in East Palo Alto do yoga as a part of a research project directed by Stanford researchers.

The researchers are a part of the Stanford Early Life Stress Research and Pediatric Anxiety Program’s Mindfulness program, which is overseen by Dr. Victor Carrion, a professor at the Stanford University School of Medicine. Rettger serves as the Mindfulness Program Director, and Fu is a medical student and trainee.

“The principles of mindfulness really try to make you focus on the present moment,” Fu said in an interview with PBS Newshour. “So whether or not you came in this morning experiencing something stressful at home or something bad happened, for you to be able to come into the classroom and really embrace it and embrace the learning, I think it really allows students to reach their potential.”

The mindfulness technique uses yoga to teach students to calm themselves instead of using anger, fear or depression as coping methods. The children growing up in these communities are also more likely to exhibit symptoms of post-traumatic stress disorder (PTSD), according to Cesar Chavez Academy Principal Amika Guillaume.

“Do I think that stress of our community can get to a child?” Guillaume said in an interview with PBS Newshour. “One hundred and ten percent, absolutely. For every child who acts out at our school, I can look exactly to the point in their life where things are not working. Every single time, there is a very concrete, very sad story.”

Rettger and Fu focus on using yoga in schools as a technique that students can use everyday to deal with psychological and emotional stress and teach students to handle one’s own emotions.

Those with PTSD show a decreased activity in the middle frontal cortex, which often discourages learning abilities, according to Carrion.

“We have, by the 2010 census, as many as 50 percent of students [at the school] who are homeless,” Guillaume said. “When I say children are under stress and duress, it’s the little things. Let’s not even go into the gang war in our neighborhoods. Just the little, simple things are very stressful.”

Some teachers at Cesar Chavez Academy have noticed a difference in student behaviors as a result of the strategies that the mindfulness program adheres to, such as students coping with anger or frustration by using breathing techniques to calm themselves to explain why they are upset.