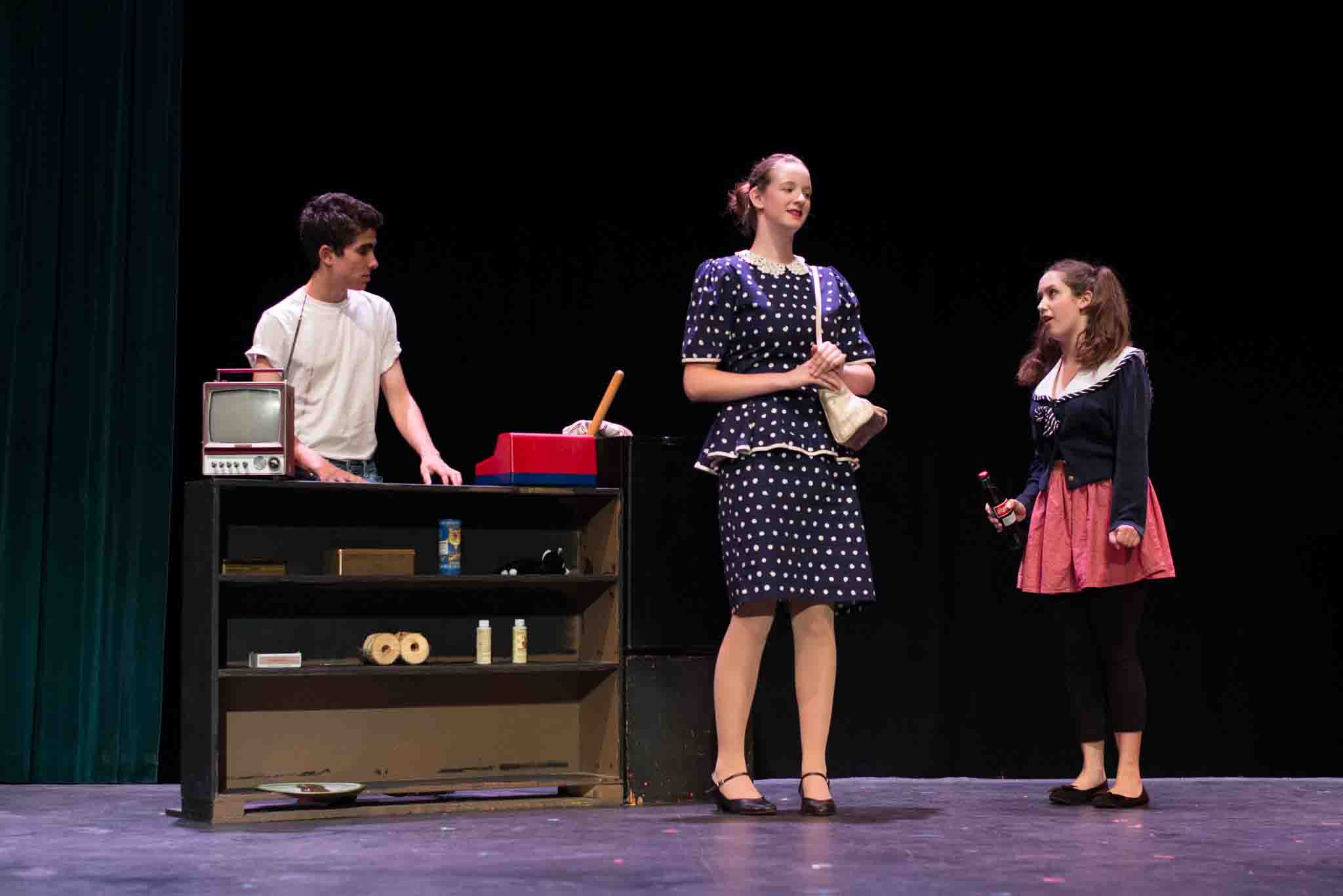 Paly’s 2013 One Acts featured a play written by senior Paige Esterly, titled Nowhere, New Mexico. The 2014 One Acts event will feature more student-written plays that are cast, directed and produced entirely by students.

Student-produced One Acts showcase to premier in early May

Each year, the Palo Alto High School Theatre Department produces a One Acts event, which is a series of short, student-directed plays. This year’s One Acts show will feature five short plays, three of which were written by students.
Junior Daryl Dillahunty notes that working with a student director is an entirely different experience than working with Paly Theatre Director Kathleen Woods, who directs the mainstage shows.
“You’re working with a student director so the person is a lot more on your level, instead of working with a director who is also your teacher,” Dillahunty said.
The five plays vary in length, cast size and genre. For example, senior Aaron Slipper will be directing a 13-person cast cut of “The Six of Calais,” a drama written by George Bernard Shaw, while freshman Jason Pollak will be directing “Sure Thing,” a comedy  by David Ives that features a three-person cast. The Paly Improv Troup, a group led by senior Paige Esterly, will also perform at the showcase.
Other plays that will be performed at the showcase include student-written shows written by sophomore Charlotte Moffat, and seniors Dashiel Grusky and Curtis Wu.
Another dimension of One Acts that differs it from other Paly shows is that it senior Jonathan Mackris will be the student producer of the show, unlike the fall and spring shows that are also produced by Woods. According to Mackris, his role will be to “coordinate the aspects of the show, be it the directors, the techs, etc.”
Mackris is confident that this year’s production of One Acts will be successful.
“We had some unforeseeable difficulties last year, but I’m confident this year will go swimmingly,” Mackris said.
According to Mackris, the entire cast and crew includes around 50 people. He notes that the diversity of the showcase will attract a wide audience.
“I think people should see On Acts because the variety of shows makes for a delightful evening,” Mackris said. “I think there is something for everybody to enjoy being [performed].”
One Acts will be performed on May 1, 2 and 3 at 7:30 p.m.