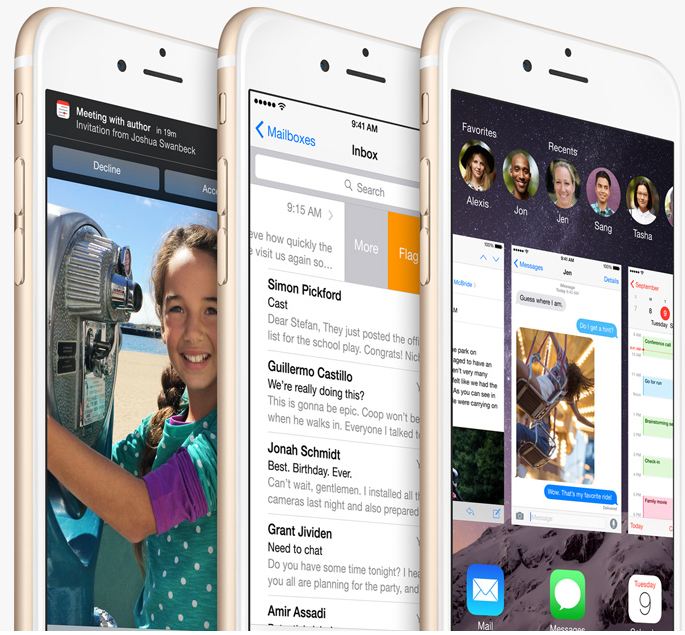 Apple, Inc. has officially released their newest operating system, iOS 8, as of 10 a.m. PST yesterday. Apple’s release of the system comes two days before their newest products, the iPhone 6 and iPhone 6 Plus will be released to the public.

Apple’s previous operating system, iOS 7, was one of the most highly-anticipated operating systems in 2013. iOS 7 was essentially a visual overhaul of new designs of applications, while having the same functionality as iOS 6. iOS 7 changed the logos of applications such as Safari and iMessage, and notifications on the lock screen look different as well. The new iOS 8 does not present a new design of its own and it still looks the same. However, iOS 8 does give Apply buyers one very important feature to look forward to: Apple Pay

Apple Pay will allow iOS 8 users to buy products online as well as at other stores using the iPhone app, Passbook. By first taking photos of various credit cards and debit cards, Passbook will hold users information, allowing one to never have to take out their wallet. For example, when paying for products at the counter, one would hold his or her iPhone against the purchasing system in order to verify the purchase using Touch ID, Apple’s fingerprint scanning system. Some fast food and department stores such as Subway and Macy’s will integrate Apple’s new feature into their own systems, hoping to implement this as a popular feature amongst iPhone users.

Other features include the integration of Healthbook, an application that allows users to track their own daily activities and diets. iOS 8 will also allow users to install third-party keyboards for messages as well as web browsing with a customization of their own. Siri will no longer have to be activated by holding onto the home button, but rather by the user saying “Hey Siri” to the iPhone.

Overall, iOS 8 brings some minor features to one of the most popular smartphones in the world, with the exception of the major feature, Apple Pay. Though having these new features will be different for some, users will enjoy the same, simple design of having iOS at their fingertips.