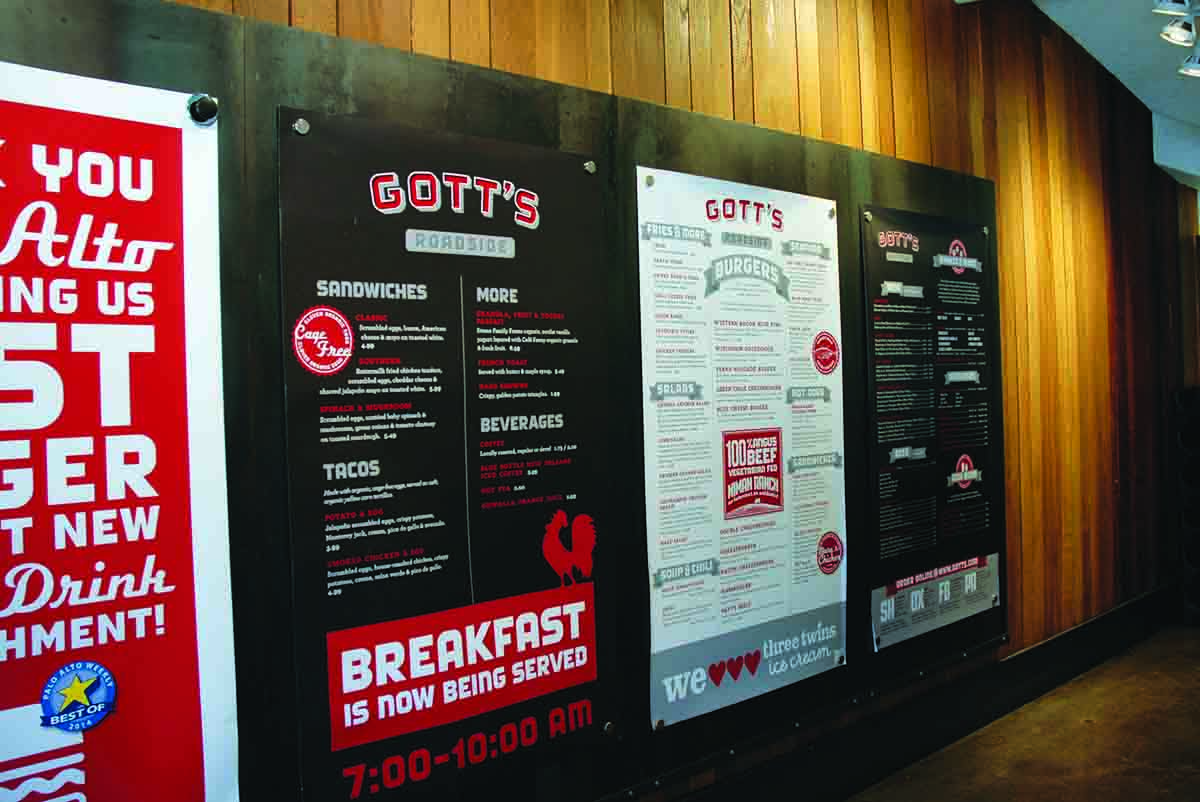 Due to the drought, farming has become more expensive, resulting in higher produce prices and leading to higher lunch prices.

Price rise at Town and Country due to drought is unfair

This year, some Town and Country restaurants have increased the price of the lunch specials they offer to Palo Alto High School students due to the increase in food product pricing caused by California the drought. Due to these prices, Paly students should take more initiative to be environmentally conscious.

While this one dollar increase may appear to be insignificant, the long term consequences of these rising costs may eventually be devastating to the average Paly student’s lunch allowance. What I call “one dollar today broke tomorrow” is the ultimate effect of this inflation. The insignificant dollar that we pull out of our wallets everyday at lunch, will amount to $20 additionally over the course of a month. In a year, that’s nearly $180 extra lost on lunch.

Luckily for us,  there are still some prices that satisfy the frugal Paly customer. Although the drought has raised the price of meat, dairy and produce across the board and has caused most of these restaurants to reevaluate their regular priced items, some restaurants have maintained the price of their lunch special, while Belcampo Meat Co. have lowered their prices.

“We have competition here so we were trying to put [the price of the lunch special] at a good number so that they are going to want to eat here, so that way we are not taking a bunch of money out of their pocket,” Kiley Boetcher, the manager of Belcampo Meat Co., said.

Boetcher’s effort to satisfy his customers’ budgets has brought him more business.

The fairly new Belcampo Meat Co. has a six to seven dollar lunch special for their regularly priced eight and nine dollar items. While their prices are still affected by the drought, the restaurant raises the meat they sell at their butchery on their own farm and therefore might not suffer as severely from the same price inflation that affects other restaurants who buy from separate food supplier.

By promoting local farms, we are not only helping the drought, but  also lowering the carbon footprint made by the process of importing, therefore putting money back into our own pockets. Wow, saving the world doesn’t seem like it will be so hard after all.

Yes, the drought has affected us here in Palo Alto. Our lunches could cost more than they did last year and while buying lunch and stressing about fighting your way through the mob of students trying to get across the street, you may have to consider where you will get the best bang for your buck.

The overarching problem of the drought in California has dramatically affected the price of food for people that have no other reliable food source. A 2014 N.B.C. article, that speaks about the “Hunger in America study” says “drought conditions have created hardship for the San Diego Food Bank and the 370,000 people it serves each month, particularly families in agricultural communities facing unemployment.” Wow, that one dollar extra for lunch doesn’t seems so bad now, does it? So why California? Does mother nature just hate us? Well, the U.S.D.A. says that “Because California is a major producer in the fruit, vegetable, tree nut, and dairy sectors, the drought has potential implications for U.S. supplies and prices of affected products in 2014 and beyond.”

The broad nature of the drought, affecting the entire country which depends on California produce, will ultimately affects on the food costs for our entire nation, causing people who depend on low food prices unable to feed themselves, and people who can afford raising food prices continue to send more. If this continues, the effects will be astronomical.

On a similar note, the U.S.D.A. explains the raise in dairy pricing

“The drought has the potential to increase the price and decrease the availability of alfalfa, the primary feed for dairy cattle, which could drive up fluid milk prices. Increases in the farm price of fluid milk are typically transmitted quickly and efficiently to retail food prices,” the U.S.D.A. said.

This continuous increase of price makes some things that are so essential and basic in our everyday lives, like going grocery shopping or trying to run a business, a lot more expensive, complicated and stressful.

While we may not be able to make it rain like Lil Wayne, we have the power to improve the drought by being conscious of our individual water usage.

Little things like turning off the faucet in between brushing your teeth or showering for a shorter period of time, doing larger loads of laundry, or watering your plants rather than using sprinklers.

Imagine getting paid for helping yourself and your fellow Americans. That sounds like an excellent deal to me.