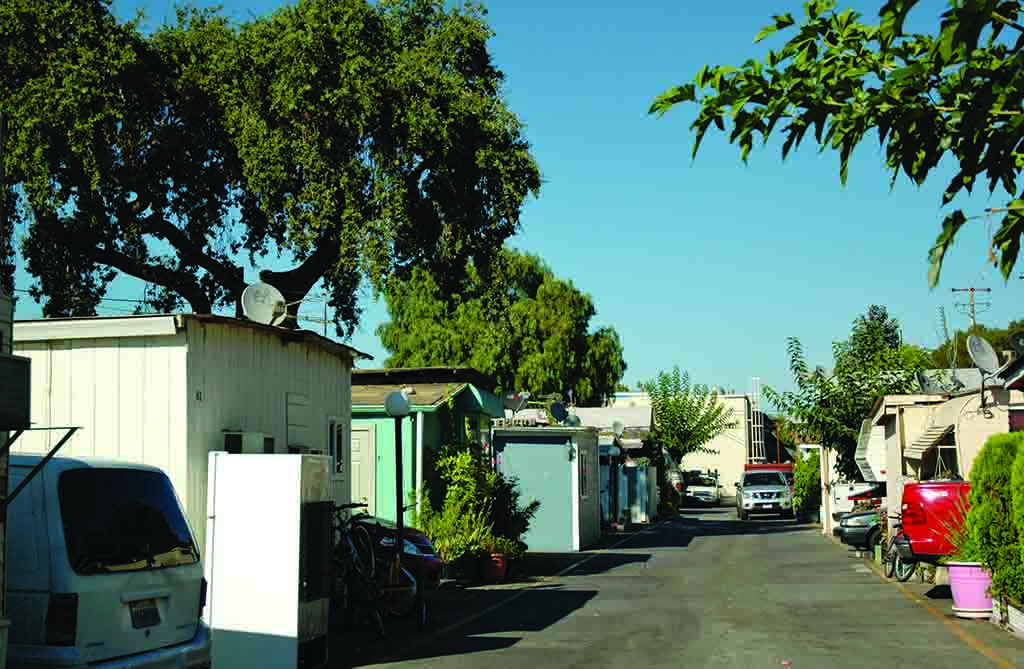 The Carnitas Corporation has stepped in

The closure of the Buena Vista Mobile Home Park is inexcusable

With the closing of Buena Vista Mobile Home Park looming ahead, its ensuing consequences, which include the displacement of hundreds of low-income Palo Alto residents, and the city’s apathy for the situation is becoming more apparent. As property values in Palo Alto continue to soar higher and higher, Buena Vista remains one of the few safe-havens for families of lower socioeconomic status, and the removal and destruction of this park is unethical.

The Jisser Family, Buena Vista’s owner, began the closure process in 2012 after accepting a deal with Prometheus Real Estate Group. The contract spelled out Prometheus’ plans to purchase the property for $30 million and build a luxury-apartment complex with 187 units. The Jissers have made it clear that they are only trying to sell off the land as part of their retirement — a reasonable wish, both legally and morally. However, a contract to eradicate 400 low-income residents from their homes is completely iniquitous. Since its establishment in 1926, the mobile home park has become one of the only affordable housing options in Palo Alto and the greater Silicon Valley area. Residents are being forced out, after calling it home for the past 50 years in some cases, and 129 children’s education, friendships and community are being stripped away from them.

Yet, all of this is permitted from a legal standpoint, as proven by Administrative Judge Craig Labadie’s final approval of the Relocation Impact Report (RIR) on Oct. 2 after numerous revisions. The requital plan, required under the California Mobilehome Residency Law, is to purchase each resident’s home and pay the difference in his or her new rent for a year after ejection. Palo Alto does not have any comparable housing option and most tenants will have to move away from their current jobs, not only depriving residents from current cheap housing but also their current income. More importantly, there is no just compensation that can be given for the lesser education that will ensue and the forced loss of one’s community.

For the 400 residents living at Buena Vista, the life they have created in Palo Alto is being sold off for $30 million — or at least so it was. Despite the tentative approval of the RIR and closure of the El Camino Real park, Prometheus Real Estate Group made the decision July of 2014 to pull its offer for unknown reasons. This leaves the soon-to-be-closed property without a buyer and a chance for the countless benefits of Buena Vista to be retained.

After Labadie issued a final ruling, city council candidates voiced their views on Buena Vista, many of whom supported the possibility of seeking private funds and public loans to purchase the property.

“I don’t want to see anybody forced out of town,” candidate Tom DuBois said. “If I’m elected, I want to work very hard to find a positive resolution to Buena Vista.”

However as of today, current members of city council have made little to no effort to maintain this outlet of affordable housing and the numerous benefits it provides.

These benefits have been documented in a recent study released on Mar. 17 by Stanford professors Donald Barr and Amado Padilla. After surveying every resident with children 18-years-old or younger, the study brought clarity to the advantages of Buena Vista. Firstly, no child living in Buena Vista, more than 90 percent of which are Hispanic, had dropped out of school, compared to the 29 percent of Hispanic high school students who do so throughout Silicon Valley. In addition, 90 percent of parents had talked to teachers about their child’s education in the past year, countering the lack of parental support typically found in lower-income families across the nation, which results in a lesser education for those students. Finally, 97 percent of families have a usual source of medical care, due to the readily available clinics around Palo Alto, which cannot be said for poorer families across the nation.

According to the report of the study by Barr and Padilla, “the children living in Buena Vista, despite being raised in a low-income family and despite the problems often faced by Hispanic families in California, are benefitting from a strong educational experience, and the local availability of health insurance and health care providers.”

Buena Vista has created a community that combats the statistics set up against the families residing in the park. With its closure, these 129 kids will most likely lose these important aspects of their current lives.

Benefits of the mobile home park extend beyond the families living in Buena Vista. In the bubble of Palo Alto, children are typically thought of as being brought up in a community too affluent to give them a real world perspective. Kids who grow up in a place lacking in diversity fail to comprehend others’ lives and situations, developing a sense of apathy. Buena Vista is one mechanism for providing Palo Altans with a group of students that bring different backgrounds and viewpoints to all students’ learning in and out of the classroom.

In the upscaling of Palo Alto, we have forgotten the necessity of diversity. Our materialistic and selfish views are pushing out the people that give us a variation of culture. Affluent alumni and parents are willing to donate millions of dollars for new facilities at Paly, yet most of the community seems to have forgotten the value of the Buena Vista residents and refuse to invest the equivalent to preserve the park.

Our city of 66,000 people, with an abundance of millionaires, and 10 billionaires whose combined net worth totals $54.4 billion, has so far been unwilling to save this integral part of Palo Alto. There is no excuse for this obvious apathy towards our neighbors.

We claim to be a community of liberal, forward-minded individuals, many of whom support the government’s social welfare programs. So why don’t we care when an opportunity arises to directly help our fellow Palo Altans? Our actions regarding Buena Vista have only served to perpetuate the nationwide view of the suburban town filled with selfish individuals.

The majority of community members have put no thought towards the benefits of Buena Vista or its people. Instead, the park will only become another listing online for “luxury two-bedroom apartments, combining modern architecture with the classic culture of ‘Shallow Alto.’”