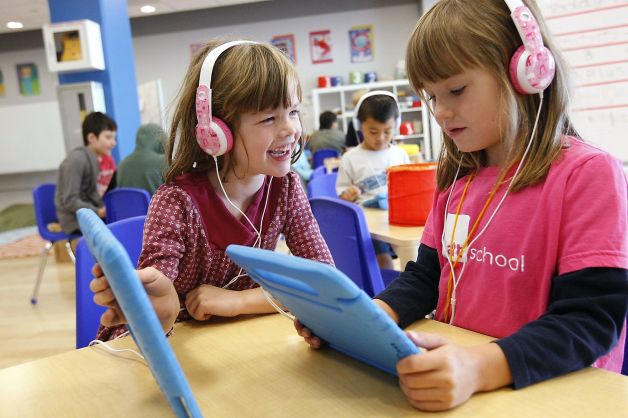 Alternative school to open next autumn

AltSchool, an alternative K-8 school, will welcome students with a personalized learning style this fall in Palo Alto. AltSchool, located on 930 Emerson, is centered around the idea of building a new style of teaching to keep up with the constant advancement of technology. Max Ventilla, Founder of AltSchool, worked at Google as a founder of Google+ when he saw unchanged teaching styles still used on children in the 21st century. In 2013, he left his job to start AltSchool in San Francisco so his two young children would receive a personalized, modern education instead of the traditional teaching styles still being implemented.

AltSchool’s curriculum is heavily supported by information from the International Society for Technology in Education (ISTE), Partnership for 21st Century Skills and many other reputable organizations. With AltSchool, Ventilla aims to break away from the traditional teaching method to better prepare his students for the modern, professional world.

The technology wave has been increasing in size since the turn of the century, and this wave can be seen most prominently in the Bay Area. Many teachers have tried to put their own spin on the curriculum in order to engage students and make the learning process much more exciting for their students. Erin Angell, a Social Justice teacher, dicussed the idea of changing the current style of teaching.

“There’s a time and a place for doing those kinds of things and I think it’s absolutely worth exploring,” Angell said. Steven Sabbag, a history teacher, had a similar outlook on the changing times.

“I think we should always be changing our techniques,” Sabbag said. Many other teachers agree with the idea of rethinking how Common Core is taught and are adding more things that are imperative to know, such as how to work with the newest technology while living in the heart of Silicon Valley.