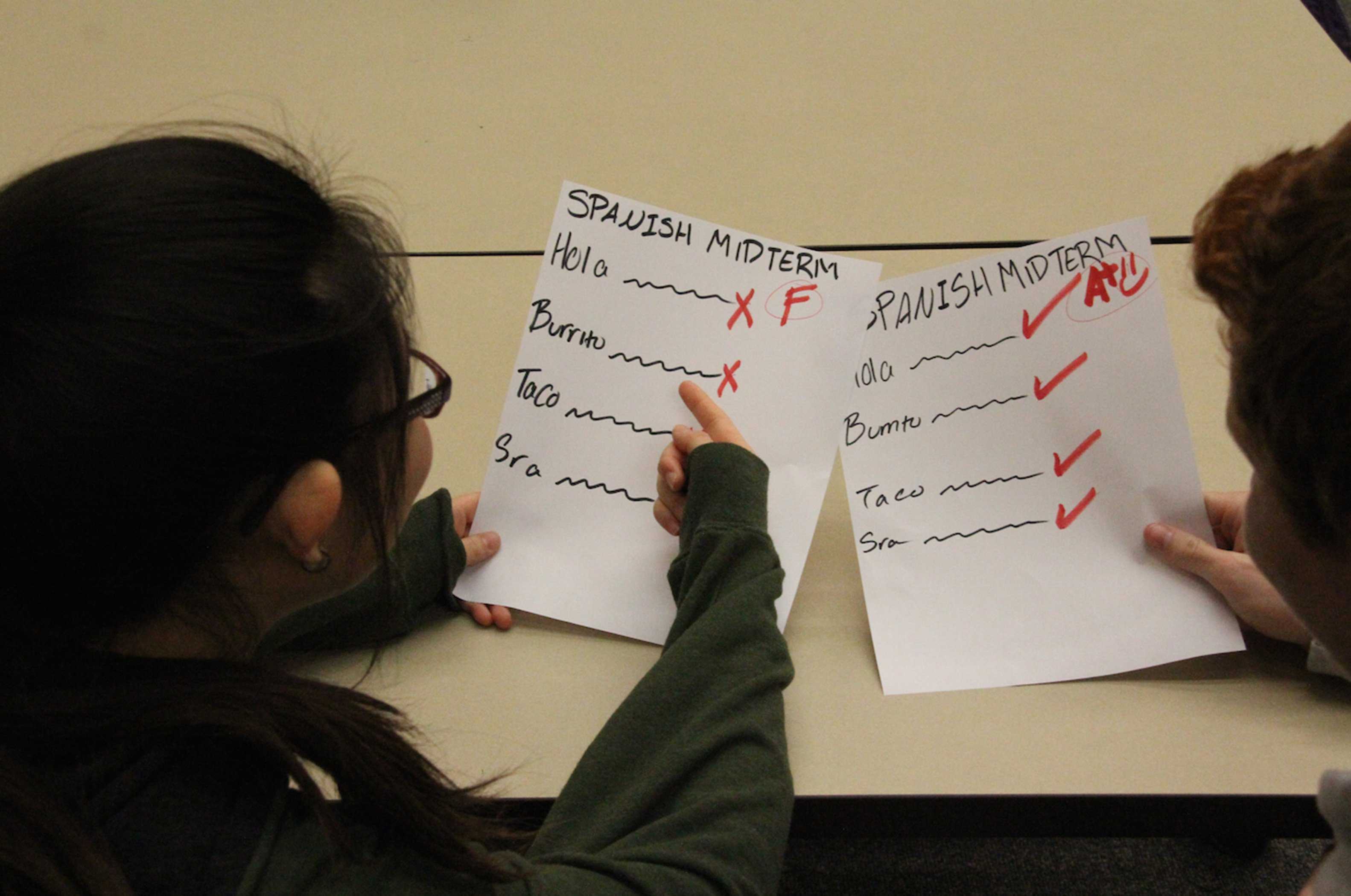 In a community as academically competitive as Palo Alto High School, it is no wonder that a large culture has arisen of students comparing themselves to their peers. Particularly, sharing test or course grades is an activity that many students partake in. After tests get handed back or semesters near their ends, some students choose to immediately pester their peers, inquiring about their grades.

While seemingly harmless, this activity has adverse effects such as lowering self-esteem and reducing the importance of self drive. Additionally, many people who feel uncomfortable sharing their grades are pressured into doing so by their peers.

Grade privacy has been deemed important enough to warrant federal policy protecting it. The Family Education Rights and Privacy Act (FERPA), passed in 1974, places limits on the disclosure of student documents, grades included. Before the act, anyone could have access to a student’s educational records, not just the student and his or her parents.

To a certain extent, sharing test scores and grades is acceptable — constructive, even. Being partly motivated by your peers is a good thing.However, test sharing can easily get to the point where the only reason students start to put in effort is to top their peers, and at this point it becomes unconstructive. In sharing test scores and grades, students place value on others’ achievements rather than on their own.

Teachers can help combat this issue by releasing grade distributions for tests and semester grades. Students who share grades are partly motivated to do so by a curiosity to know where they placed amongst their peers. Knowing the grade distribution for a class can help students gauge their relative performance without identifying who certain grades belong to.

Junior Saba Moussavian recalls one of the biggest pieces of advice she received from upperclassmen was to not share grades.

“At times it was more important to me that I beat someone else on a test than if I was improving or learning,” Moussavian said. “Keeping it [grades] to myself and trying to not ask others helped me focus on improving myself.”

Amidst all of the competition, it seems as if the main goal of education is forgotten. Education’s purpose is to relay information to students that will help them succeed later on in life; students should not prioritize grades above all else, nor should they treat grades as a means of competition.

Students should start to set goals for themselves before tests that are based off of their knowledge of the unit and the effect on their overall grade in that class. When they get their tests back, they should compare the grade to their original goal and use that to evaluate how they did.