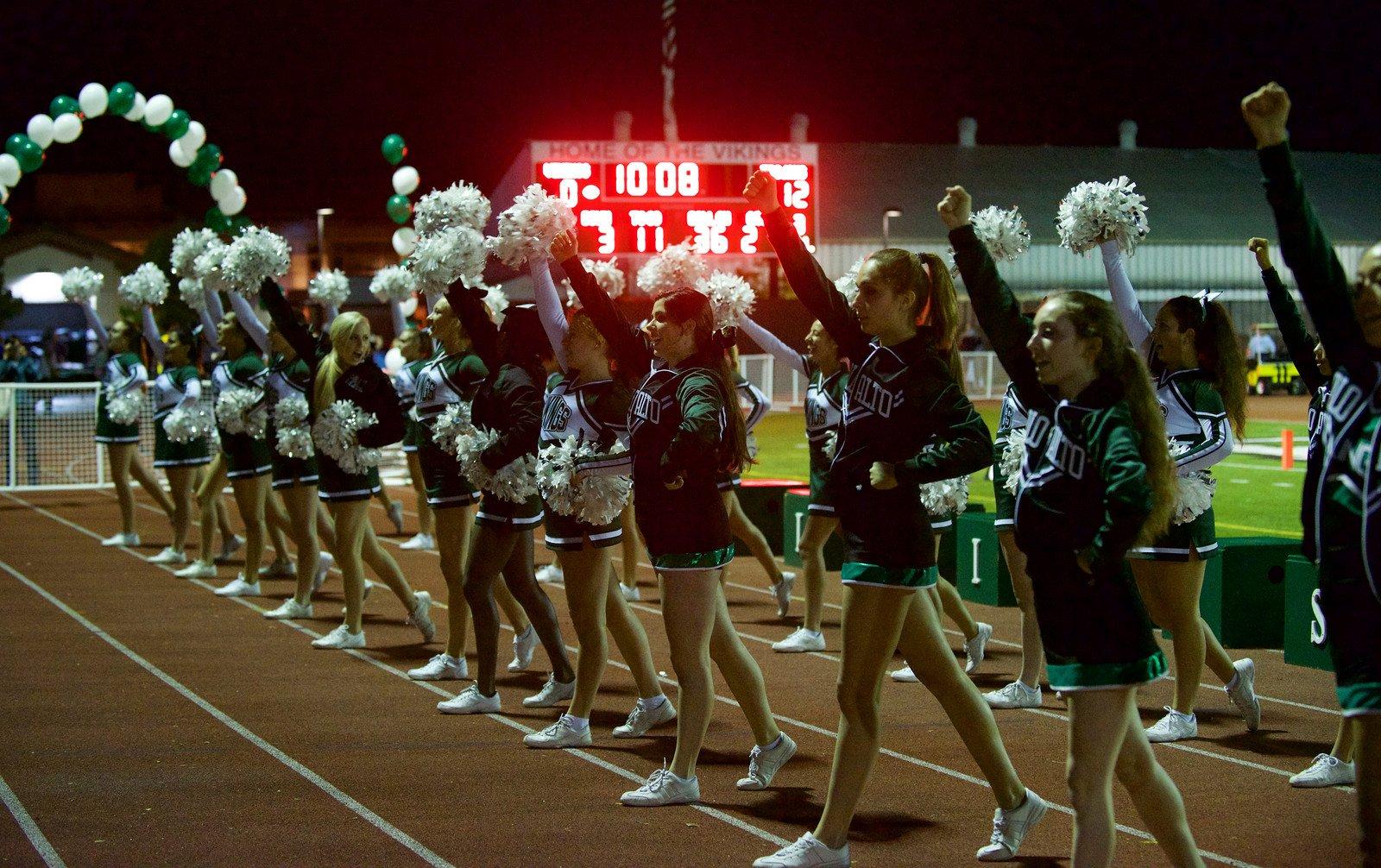 Cheerleaders preform at a Palo Alto High School event alongside the dance team.

Dance should be rightfully acknowledged as sport

At Palo Alto High School, the two groups that make up the Spirit Squad are the cheerleading team and the dance team. However, out of the two teams, only cheerleading is acknowledged as a sport. This is mainly because dance is not legally a sport in California. Even though this is the case, Paly should sanction dance as a sport since dance team members work as hard as and practice as much as cheer team members. If cheer is considered a sport at Paly, then dance should be considered a sport as well.

Being on the dance team means participating during the major fall and winter sports, football and basketball respectively. At the games, the Spirit Squad cheers on the sidelines and performs at halftime.

Dancers often feel as if they do not get enough recognition for the effort that they put into their craft, especially at Paly, where the dancers all practice outside of school, while most cheerleaders do not cheerlead when not in season. One of the main issues that dance team members find unfair is the fact that any cheerleader enrolled in Physical Education can get excused from the class while they are in season, whereas the dance team is expected to participate in both Physical Education and attend practices because dance does not fulfill the practice requirement.

Many dancers have to go out of their way to get Contract Physical Education since they can not get regular preparatory periods just by doing dance team. Contract Physical Education is offered to students who practice a sport outside of school. In order to attain it, a student has to provide evidence that they do their sport for a minimum of 15 hours a week, in addition to filling out a packet that requires approval from an out of school teacher or coach.

The largest obstacle standing in the dance team’s way is the time requirement to be recognized as a sport. Although this is an issue, the problem is not that the dancers do not put in enough time into practicing. They put in plenty of additional hours. The problem is that the current team members have so much dance commitment outside of school that their schedule does not allow for more practices. So, regardless of willingness of dance team members to put in extra hours of practice, they are unable to get preparatory periods and sport recognition. Paly’s administration should acknowledge that members are unable to fulfill the time minimum due to too much outside practice. And even further, the administration should reward the team with recognition for this outside commitment.

Compared to its counterpart, the cheer team, the dance team at the very least parallels in both performance and effort. Team members put in a tremendous amount of time into the activity, even though they don’t fulfill the school’s time requirement. So, for all of the effort and work that members of the dance team put in, Paly should give dance sports acknowledgement even though California does not.