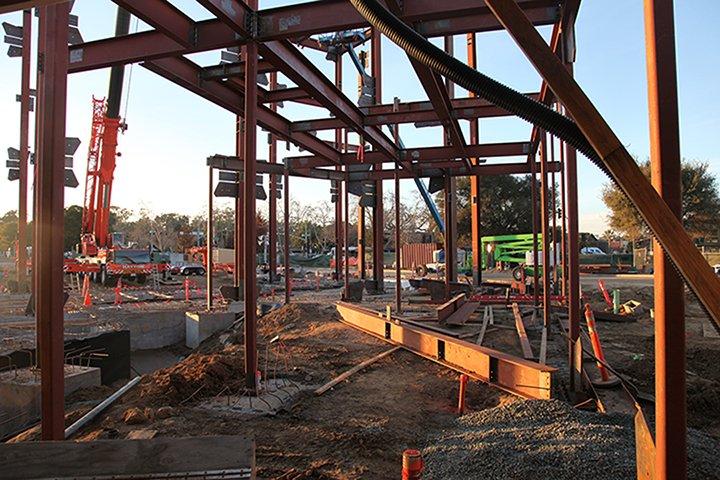 New arts center under construction despite setbacks with project

Palo Alto High School has been in the process of renovations, as well as constructing completely new buildings for quite some time now. There have been a fair amount of setbacks and issues with these construction projects, which has lead to a large delay in the overall completion of these projects. One of the biggest setbacks was a lawsuit by construction company Taisei, which claimed that Palo Alto Unified School District (PAUSD) breached their contract. However, proof has risen that Taisei also breached the contract, leading to further complications. The problem stemmed from the plans not being completely correct, yet the errors were fixed and the issue was settled.

Even though problems have been apparent, recently the construction has been going well, and the Media Arts Center was finished and had its grand opening last October. Since then construction has continued at a steady pace. The creation of the new gym has not started yet and will be going to the board at some point this month. Though no progress has been made on the new gym, construction has begun on a different structure.

Paly is currently building a new Performing Arts Center and progress has been steady. The old performing arts center has not been demolished, and there currently is no word on its timing. As of now, there haven’t been  major problems or roadblocks involving the structure besides the loss of 32 parking spaces, which will change dependent on when construction begins for the new gym. Construction workers are putting up steel beams and progress seems to be stable. There is no word on a completion time of the Performing Arts Center, yet as of the structure is up to schedule.