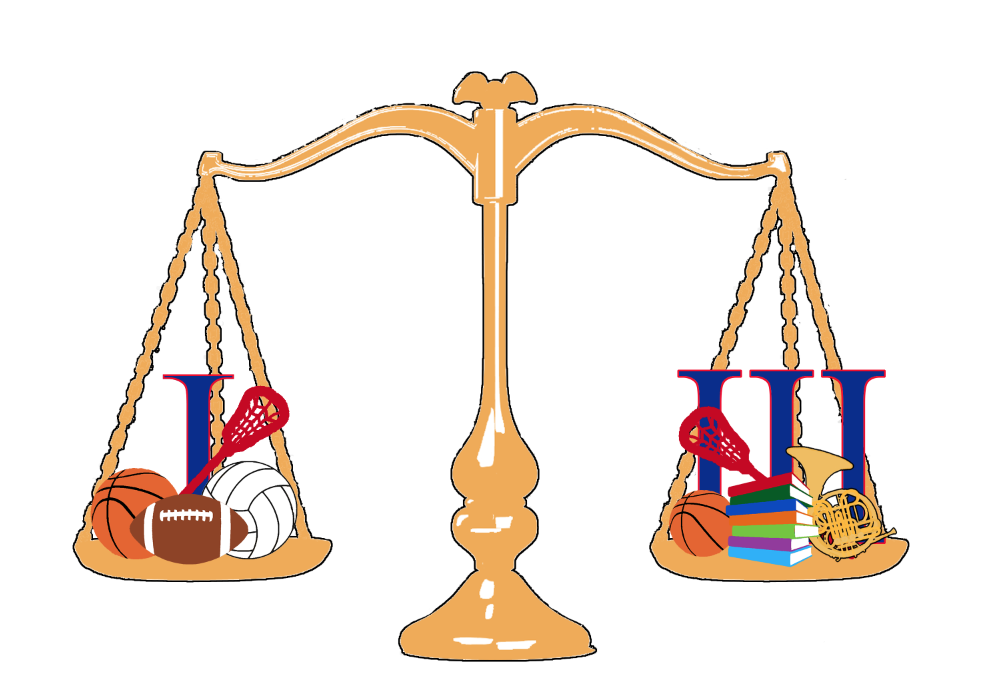 For many, an immediate association with college sports is stadiums filled with screaming fans, many of whom are painted head to toe in their college colors. Further connections include March Madness, college football playoffs and athletes that are bound to go professional. This is descriptive of Division One (DI) sports. DI sports contain the best athletes in the nation, playing at the highest intensity possible at the collegiate level. For these athletes, playing their sport is comparable to working a job.

But where do the athletes who want to pursue their sport at a collegiate level go, if they don’t necessarily want a career in sports? The answer is Division Three (DIII). The National Collegiate Athletic Association (NCAA) websites states that “more than 180,000 student-athletes at 450 institutions make up Division III, the largest NCAA division both in number of participants and number of schools.”

DIII schools are typically small liberal arts schools, and unlike DI, their games are not filled with screaming fans. So why choose DIII over the glitz and the glamor that comes with being a DI athlete?

“Playing DI was just as I expected in terms of speed of play and intensity, but it was different in that every detail of the game became so incredibly crucial,” Kuppe said. “And as much as you can understand how the game is going to speed up at that level, I found getting used to consistently performing with that intensity to be much more of a challenge.”

After playing two seasons at UConn, Kuppe decided that playing DI volleyball was not for her. This left her with the task of finding a new college that she could call home for her junior and senior years.

“I wasn’t necessarily set on DIII, but Tufts [University] is where I found the perfect combination of volleyball, academics and culture.” Kuppe said. “It’s nice to finally be in a place where I feel truly at home.”

After playing at Tufts, Kuppe has embraced being a part of the DIII community.

“DIII is special because any athletes who have lost their love for the game can choose to quit if they want, as their education is not dependent on athletic participation,” Kuppe said. “That kind of commitment — both passionate and self-driven — sets a standard of competition and effort that can’t be compared to one based largely on scholarships, verbal agreements and contracts.”

Kuppe’s Paly teammate, Shelby Knowles, who graduated in 2013, decided early on that playing DI would not be the right fit for her.

“I had friends that had gone to play DI, my mom played DI, so I knew the intensity of that kind of level,” Knowles said. “Also with my height, I wasn’t really seeing myself thriving at a DI school. Throughout the college process, as I looked at schools and talked to coaches, I kind of realized DIII might have been the best option.”

When Knowles found Wheaton College, she knew it was where she was meant to be.

At first, many high school athletes do not consider playing collegiate sports. That was the case for Paly alum Chris Bisbee, who graduated in 2012.

Macalester College asked him to play football for them in his junior year, and he could not turn down the opportunity.
“To be honest, I wasn’t planning on playing football in college,” Bisbee said. “[I met] with an academic representative from the school who put me in touch with the football coach. They reached out to me, I visited it, I liked it,and all of a sudden, I’m a college athlete.”

One thing that may come as a shock is the time commitment that DIII sports take up. Paly alum Walker Mees (‘13) started out college playing lacrosse at Kenyon College.

“Going into it, I was really fired up,” Mees said. “It was very intense from the time we got on campus. Starting with workouts, lifts, fall ball — that kind of stuff. I liked the intensity. I liked that the coaches expected a lot from us. But after a while, with hour-long lifts, hour-long film sessions, it got to be like a job, and a lot more than I expected going into it.”
Knowles echoed Mees’ belief that DIII sports are more consuming than people may think.

“DIII is still no joke,” Knowles said. “Volleyball season is intense. We have practice six days a week, we have to be on the road for games, we still have spring season and we’re working out everyday. It is not like a, ‘I’m gonna go play my sport for fun.’”

“I lead young life on the side, [I’m] still a part of symphonic band and I get to pursue a lot of different things,” Knowles said. “Its been perfect for me. I don’t feel like I’ve sacrificed a lot of the intensity of volleyball by coming to a DIII school. I still feel like I’m playing at a good level and I’m at a place where I can thrive with the skill level I’m at.”

However, for Mees, the time commitment for lacrosse became too much, and he quit the team after his freshman season.

“I was spending more time than I wanted to on lacrosse,” Mees said. “Going to a good school like Kenyon, I wasn’t spending enough time on school and my grades started to drop, so that was a big deciding factor for me as well.”

Even though quitting lacrosse was hard for Mees, he now has more time to focus on his future career.

“I definitely don’t regret playing, but I wouldn’t say I regret quitting either,” Mees said. “It is never fun to quit something, but I do have a lot more free time now to focus on school work. I’m also on the fire department out here so I have more time to spent doing that stuff, which I really love.”

The best part of being on a DIII team for most is the connection made among teammates.

“It was the best way to meet 70 or 75 people that way and they become your best friends for the next four years,” Bisbee said.

At the DI level, there is high competition among teammates to get starting positions, and for a freshman to get one of those can cause drama amongst teammates. In DIII, this was not the case for Knowles.

“I was completely accepted into the team here and I was able to start as a freshman, and there was no team drama with that,” Knowles said. “It was all team love that I received from them.”

“This year, my senior year, is probably the best because you do realize how much you enjoy basketball and how important it is to you,” Schmarzo said. “You get to the end of your career and you can look back on it and see how much it’s done for you.”
For any student who loves his or her sport, DIII is an option.

“Search up schools — there’s certainly a spot for pretty much everyone,” Schmarzo said. “Talk to a coach, email a coach, don’t be afraid and try out as many schools as possible.”

However, when making this decision it is important for the athlete to evaluate what his or her priorities are.

“A relevant question to ask yourself is, would you rather spend the next four years training like a professional athlete or cultivating your career and participating in extracurriculars?” Kuppe said. “Or both? Based on your answer, you fall somewhere on the spectrum from DI to DIII or even club sports — which I learned can be very cool as well!”

Choosing whether or not one wants to play DIII is tough, but a lot of athletes will encourage prospective athletes to take the leap.

“If you take a risk, it might just work out really well, and that was my case,” Bisbee said. “You know, go for it — you have nothing to lose.”