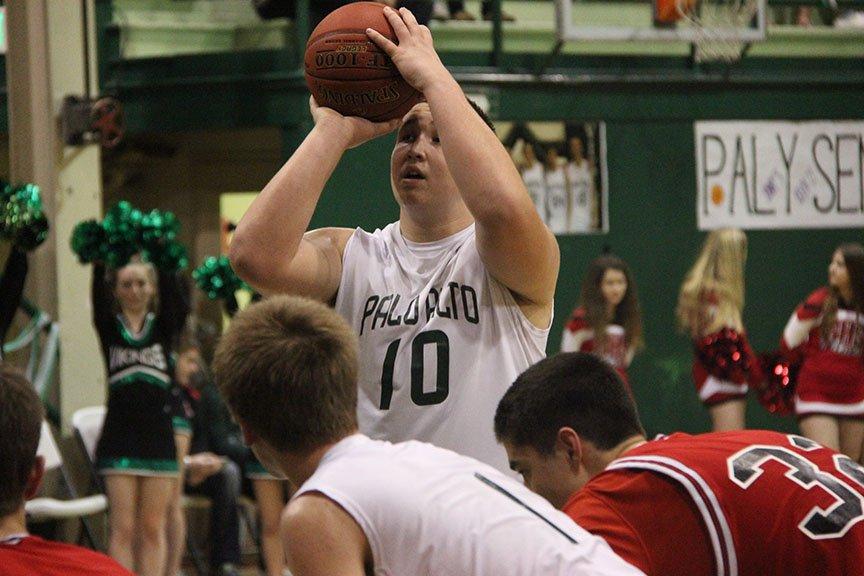 The Palo Alto High School boys varsity basketball team had a short lived Centeral Coast Section (CCS) tournament, but had a fulfilling time in the De Anza division of the Santa Clara Valley Athletic League, tied for for third overall with a record of 17-7 in the league. The Vikings’ chance of a CCS title was cut short as the Vikes took on Santa Teresa High School on Feb. 26 at Paly. The Vikings trailed the whole game, fighting to close the deficit and gain a late lead; however, the game finished in a disappointing 69-60 loss. The Vikes had a very strong start to their season, as they moved through the progressives. After beating cross-town rival Henry M. Gunn High School on their senior night, the Vikings went on a four game losing streak that ended their chances of a CCS title. The Vikes played a hard game, losing to Santa Teresa High School by only nine. Sophomore Miles Tention expressed his feelings for his teammates.

“I love the guys, they’re really funny and hard workers,” Tention said. “We accomplished a lot more than people expected us too.”

Tention adds that the team’s seniors made a great impact in their leadership and development of its younger players. However, there were only five of them, and he also notes that there remains much room for improvement.

“I thought the season went really well up until the ending,” Rojahn said. “Even though we did well, it sucks to end the season on a loss. However, I am proud of how we ended this year.”