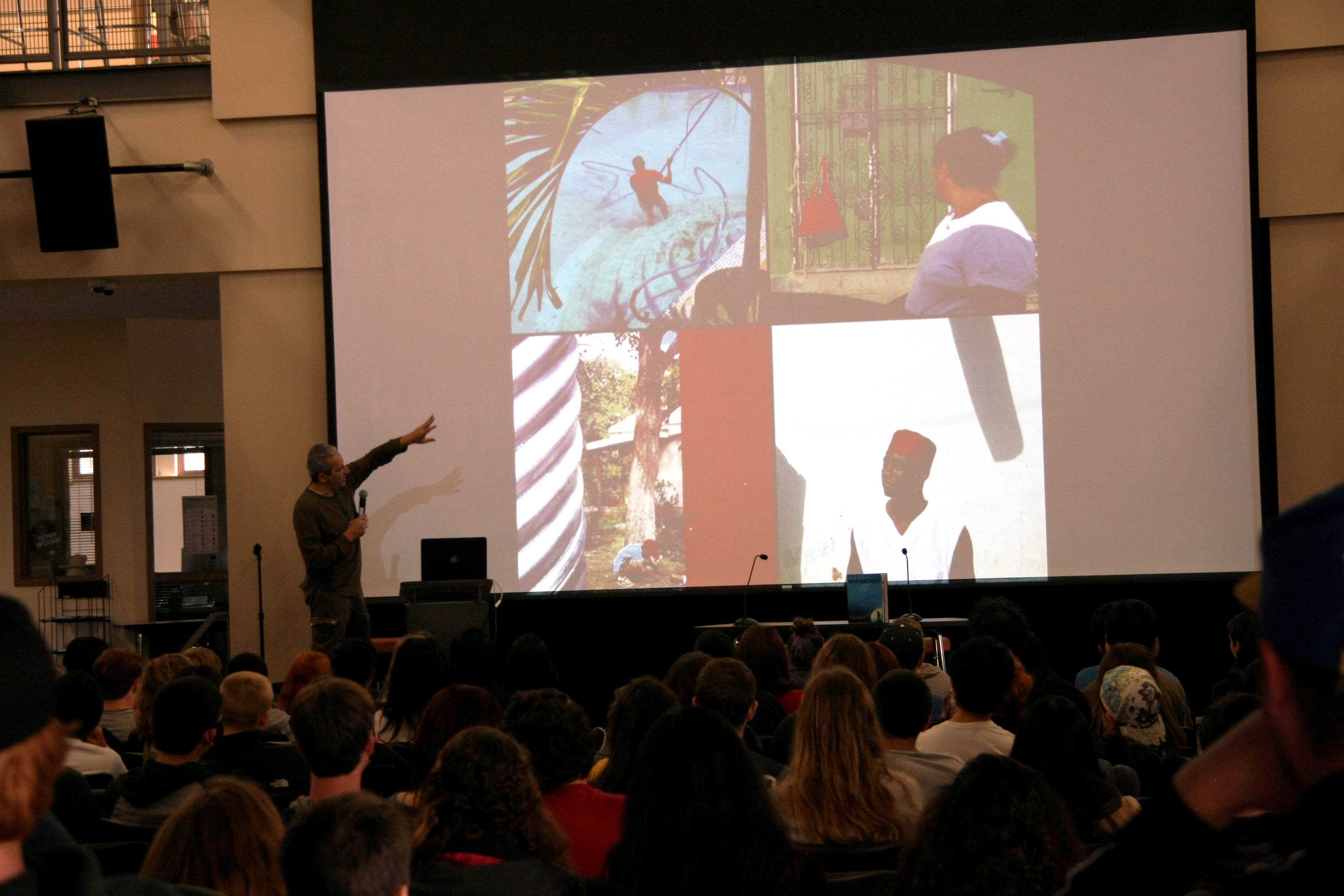 Kashi, known for his provocative photography, presented at the photojournalism forum in the MAC, hoping to inspire students.

Palo Alto High School recently held the annual photojournalism forum in the Media Arts Center (MAC), giving students the opportunity to meet and hear from an expert photographer in the field.

This year’s event, held on Feb. 27, featured renowned photojournalist Ed Kashi, a returning presenter from last year. Kashi is known for his provocative photos that reflect current worldwide social and economic problems. Kashi spoke during all four periods with each presentation covering a variety of topics and aspects of photojournalism.  His first presentation discussed the impact of social media on photojournalism, including the use of applications like Instagram to raise awareness and share experiences through photos.

Kashi’s later presentation during third period covered the topic of visual storytelling, while his fifth period talk reflected current issues in California such as the drought and natural resource allocations.

Kashi showed two films he created with the New Yorker about the drought. After viewing the films, students participated in a discussion about the impact of California’s drought on Palo Alto and what students could do to limit its effect on the environment.

“[Kashi] talks to the students like adults, teaching them about relevant issues,” Bengston said. “He pushes Paly students to understand their impact on the world, like the drought.”

Finally, Kashi presented on “advocacy journalism” and how students can use their cameras to draw attention to social issues.

Kashi’s current project highlights workers in Nicaragua that suffer from a rare kidney disease that drastically cuts their life expectancy. Danielle Bisbee, Paly junior and photography student, found Kashi’s recent work demonstrative of the impact that photojournalism can have on current issues.

“It’s hard to grasp the gravity of an event through just words, but seeing photos makes it seem far more real,” Bisbee said.

The event was a requirement for current photography students but those not enrolled in a photography class also had the opportunity to attend.

While similar events have been held in past years, Wixsom said the main differences included Kashi’s discussion of current issues like the drought and the new location in the MAC atrium, which Wixsom called “a professional space for world-class speakers.”

During lunch, photography students were invited to showcase their pieces to other students and staff members.

Though Bengston has attended the forum for the past three years, this year’s event was her favorite because of Kashi’s experience and passion for photojournalism.

“Every single year his work just becomes more and more impressive,” Bengston said. “I love listening to him talk every year. His work is incredibly inspiring and he’s hilarious, very relatable.”

Bisbee enjoyed the presentation and would recommend attendance to other students with similar passions in photography and journalism.

“Taking photos rather than just writing an article is a lot more informative for some people,” Bisbee said. “It’s great for students who are interested in photography to see what kind of career they could have.”