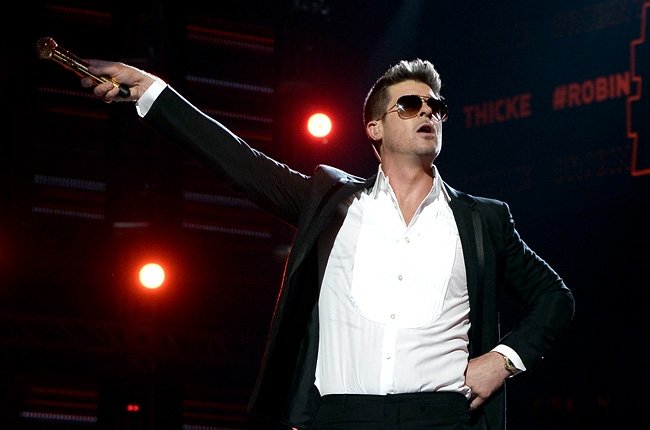 It depends on pop, In the recent court case involving Robin Thicke and his collaborator Pharrell Williams against the estate of Marvin Gaye, Williams, Thicke and rapper T.I were made to pay $7.4 million as compensation to the Gaye estate for copying the Gaye tune “Got Give It Up” with their own groove, “Blurred Lines.” Some argued that the Williams song did sound like “Got To Give It Up” and they had been rightfully sued, while others argued “Blurred Lines” bore no resemblance to Gaye’s tune, and this was just another example of the ‘intellectual property-police’ who were killing music. But something was amiss in all of the loud-mouthing that was taking place. No one was asking the question: Does this even matter? Should we really even care whether a song is a rip-off or not?

It depends on the audience. As has been repeated ad nauseum by any music enthusiast at this point, the music industry has always had a history of appropriation: Rockabilly is just an electric version of the blues. The same goes for rock and roll. Punk is a primitive form of rockabilly, a sort of wild-man Chuck Berry. Grunge is the the hard rock of Black Sabbath playing at funeral procession. The list goes on. But throughout all of this, there still seems to be some sort of acknowledgement that songs should not be similar. You can absorb a style, but you cannot simply copy it and do something that is exactly the same. But why not? Why should musicians not be able to copy their favorite artists? Should there even be a line between plagiarism and appropriation? Shouldn’t it all just be one thing?

It depends on the artists. Sometimes, a band might not be productive enough. It might have a sound, but very little music for its fans to listen to. Then along comes another band, a band that might sound similar to other artists at first, while at the same time it provides a unique twist on its predecessors. For example, Buddy Holly left behind a legacy of around 25 songs. Most of The Beatles’ early records are rough imitations of Holly’s style. So in a sense, The Beatles provided fans with some extra Holly.

It really does depend on the artists. When a musician covers another song, it is pretty much impossible for him or her to not leave his or her own mark on the music. This is in part due to the unique nature of any artist, making him or her impossible to mimic flawlessly, but also due to the person creating the cover leaving his or her own indelible imprint on the tune.

A song is as much defined by the emotions it evokes in the performer as its chord progression or lyrics, and as each person feels slightly different when performing the same song, the song will morph from cover to cover.It also depends on the industry. Music, as like all art is, is subjective. Since the beginning of the modern era, new musicians and musical genres have sprung to life by attempting to imitate older genres, such as the aforementioned Beatles and Buddy Holly, or Eminem and the Beastie Boys. In a sense, music has only ever progressed as a result of plagiarism. It is impossible to sound exactly like someone else, but in attempting to do so, one ends up crafting one’s own sound.

It depends on the other side of the argument. The flip side being that when artists or musicians plagiarize music from some other bands, they aren’t contributing anything new to the musical canon, and they are simply responsible for the death of music. For example, the last decade has seen the rise of post-punk blues bands. At their vanguard were the White Stripes and the Black Keys, but that riff driven rock continues today and shows little sign of progressing. If anything, there appears to be an increase in post-punk blues bands, with Black Pistol Fire and Royal Blood playing a brand of blues rock considered by most to be fairly similar to their millennial predecessors.

In the end, it depends on everybody else. If a song sounds similar to another, should we decry it for being a rip-off? Or simply applaud the effort and encourage the musician to pursue this style until he or she genuinely develop their own style?

Well, it all depends on what everyone else thinks. Will music continue to progress? Is originality something innate to humans? Or has music peaked? Have we as humans lost all of our originality? Are we just weird robots or zombies? To paraphrase lyricmeisters Flight of The Conchords: Are the humans dead? Did we in fact “use poison gasses to poison their asses”? Well… I guess it all depends.