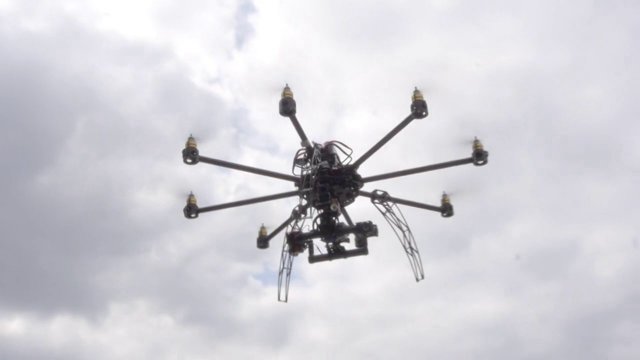 Commercial drones have prospective value for everyday use and will greatly convenience the public if regulations are minimized.

Drones should be more accessible for common benefit

Drones, also called Unmanned Aerial Systems (UAS), were historically so expensive that they were only affordable to the military. Technological advances now make them viable for commercial and personal use. The previous laws and regulations that were developed for the military are now outdated and unreasonably restricting. For hobbyists, laws concerning these aircraft are fairly reasonable, with restrictions like only being allowed to fly under 400 feet and staying away from people and airports. However, if companies want to use a drone for commercial purposes, it would take much more time and effort than their hobbyist counterparts. The Federal Aviation Administration (FAA) should quickly finalize regulations on the commercial use of drones and make the regulations less challenging so companies are able to use this technology to its full potential.

If a farmer wants to use a drone to map his or her land or keep an eye on his or her crops, he or she wouldn’t be able to just order a drone on Amazon and fly it the next day. Instead, he or she would have to jump through a number of bureaucratic hoops. According to a letter from the FAA to a real estate company using a drone for advertising, one must first get a full scale pilot’s license, pass medical tests and request to fly two days in advance. Unfortunately, this is not all. The farmer would also be required to use a spotter, like a copilot, fly in his or her line of sight, operate under 300 feet and fly slower than 35 miles per hour. On Feb. 15, the FAA began to move in the right direction by announcing a proposal that would make it easier to use a drone for commercial use. The proposal states that companies would be able to operate drones if they followed a certain set of rules and restrictions. These include a weight limit of 55 pounds, a 500 feet altitude limit and a 100 mile per hour speed limit. They would still have to fly line of sight, but would no longer need a pilot’s license and medical tests. The problem is that it is unlikely that this will become a law for a number of years forcing companies to adhere to the previous cumbersome guidelines.

There are strong negative connotations surrounding the use of drones, particularly around public safety and national security. One concern is that drones will collide with a plane and cause it to crash. This is an unlikely event because current regulations do not allow drones to fly around airports or above 400 feet, and airplanes are not allowed to fly below 500 feet. The only way that there could possibly be a collision is if someone were to break the law which is not an inherent problem with drones.

According to Vice, airplane collisions with birds “may be more dangerous than drones because, though they’re made of feather and bone, they often fly much faster than small drones can.” There is also a concern that drones may threaten national security. An example is the recent drone scandal in Paris in which more than 50 drones were seen around popular tourist destinations and nuclear sites, according to the British Broadcasting Corporation. There are no strict regulations on cars, which have been used in acts of terrorism including the Oklahoma City bombing in 1995 and the initial World Trade Center bombing of 1993.

Drones can be used to access dangerous areas that are unsafe for humans. Most drones are equipped with technology like global positioning systems, gyroscopes and accelerometers. High tech drones may also have sonar and other detection software. Using this technology, firefighters would be able to map out a burning building without going inside. Search and rescue teams could use infrared cameras mounted to the underside of drones to search for stranded people at night. With this technology, dangerous situations like these do not have to put humans at risk.

Drones could also be used for monitoring and surveillance in high crime areas, farmland and high security buildings. An example in Africa is the use of drones with special cameras to detect poachers. There are many opportunities for positive uses like this in the United States.

Technology is advancing so quickly that the government should not continue making minor  updates to outdated laws. In the case of commercial drones, existing regulations are extraordinarily restricting. The FAA should implement new and less restricting regulations that do not require a pilot license, medical checkup and 48-hour notice before flying. Minimizing restrictions will enable companies to fully harness the power of drones in innovative ways that can strengthen our economy and improve our society.