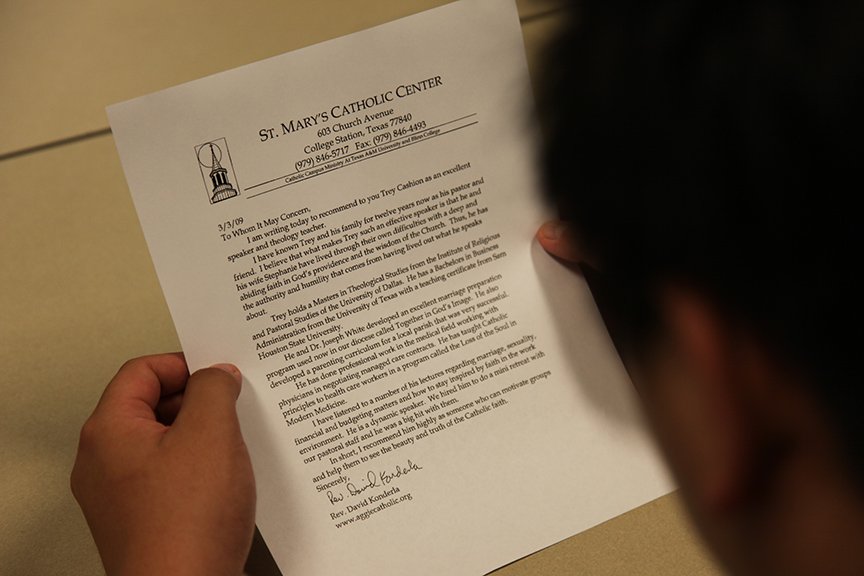 Students should not be allowed to read teacher recommendations for it may pressure the teachers to write dishonest letters.

The right to read college recommendations is disadvantageous

As seniors finish hearing back decisions from colleges and juniors find themselves at the beginning of the tedious college application process, we as students continue to wonder how external factors may affect which institutions we get accepted to and rejected from. Most notably, many juniors are now at the phase of deciding which teachers to ask for letters of recommendations and how these choices may impact their applications.

Before adding recommenders to systems such as the Common Application, a window will prompt on the screen, giving an introduction to students’ inherent Family Educational Rights and Privacy Act (FERPA) rights. After proceeding to the next steps, students are immediately prompted to decide whether they choose to waive FERPA rights.

In January, a group of Stanford students discovered that they could exercise their FERPA rights by accessing their own applications when they applied to Stanford. Within their application contained not only their teachers’ letters of recommendation, but also information regarding legacy students and minorities, as well as other comments made by the admissions officers who read those applications. After The Fountain Hopper, a student-run Stanford email newsletter, publicized step-by-step instructions of how students can obtain their own files, other elite institutions across the nation followed these Stanford students’ lead by creating an increasing wave of students seeking to see their applications.

The influx in requests to see personal records may drastically change the path of college admissions — the comments in a student’s accepted application serve as a prime example of how admissions officers evaluate students for admission. Despite the hype, however, choosing to not waive FERPA rights in favor of future access to personal records only makes it so that teachers have less incentive to write a fair recommendation and the overall college admissions process would become increasingly difficult.

Because students across the nation have uncovered a process to obtain recommendation letters that previous teachers have written for them, they can now see how the teacher truly felt about a student’s role in class. This puts the teacher in a compromised position — what incentive does a teacher have to write a truly fair recommendation if a student can know and react directly to what the teacher wrote about him or her?

In such a scenario, university admissions offices would receive an increasing number of generic recommendations, many of which would feature sentences along the lines of “[Name] was a good student in my class; it was a pleasure working with him/her during his/her junior year.” Although this means that the recommendations that stands out in such a stack must mean a student has set him or herself above and beyond the rest of the pool, this leaves little to differentiate other students from each other. As a result, combined with decreasing overall admissions rates, this would lead to either a greater number of waitlists, rejections or both.

Within a time span of about one generation, Ivy League and similar prestigious colleges went from accepting students with significantly lower grades than the average student today to rejecting students outside the top five percent of their class, even some with straight A’s. As grade inflation continues as a significant cause of diminishing admissions rates all across the nation, students are driven to work harder and tack on more extracurricular activities to provide themselves with an edge to get accepted. In the same way, the ability for students to see their previous applications at their matriculated universities will change the entire scope of college admissions, as these papers serve as a first glance of how admissions officers truly view and decide on accepting certain students. In the long run, as much of this exact information becomes public and accessible to all, students will have an even more difficult time differentiating themselves if everyone writes their essays in the same way or does similar extracurriculars based on what they know for a fact has gotten other students accepted into elite institutions.

As appealing as having the power to read what others wrote about you may be, the extra information seems quite counterintuitive in the long run. Knowing exactly what and how your teacher recommender wrote about you may seem appealing, but at the same time continuing the process would homogenize many applications. In addition, as amazing as acceptance into an elite institution is, it feels even better if you did so with integrity rather than fighting for small bargaining tokens to support your application.