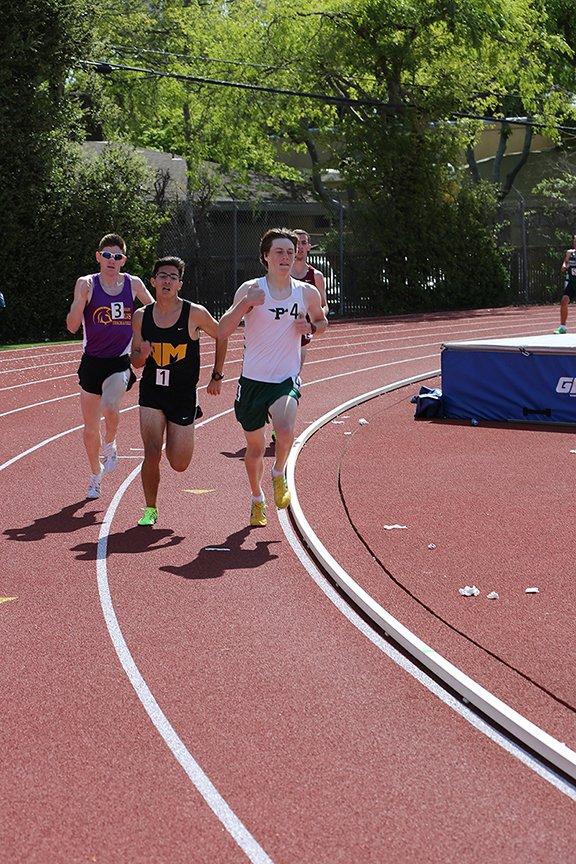 After a strong start to their season by defeating Milpitas High School in all four divisions — boys varsity, boys frosh/soph, girls varsity and girls junior varsity — on March 10, Palo Alto High School track and field teams have been performing with mediocrity.

The team’s latest meet was the St. Francis Invitational at which more than 40 schools across the Bay Area competed. Paly’s boys varsity team placed eleventh while the boys frosh/soph team came in tenth. The girls did not do quite as well, with both the varsity and frosh/soph teams ending in 19th place.

The Paly boys’ frosh/soph distance medley team placed first in its event and is comprised of sophomores Tanner Newell and Naveen Pai along with freshmen Sam Craig and Aashai Avadhani.

“Coming into that race, we didn’t know what to expect,” Newell said. “We had never run this race before, so the entire relay team was nervous.”

The race was a testament to the strength of the Paly underclassmen. According to Newell, there is a lot of potential among the underclassmen.

“We have a very strong team, especially among the freshmen and sophomores who have a lot of potential and are getting better every day,” Newell said. “The next two years will be interesting since many of our best athletes such as [sprinter] Eli Givens will leave us, but our sophomore class will be ready to step it up.”

Paly junior Eli Givens placed first in the boys varsity 100 meter dash at St. Francis with a time of 11.04 seconds. Besides being Paly’s star sprinter, Givens also excels in long jump and placed fourth at the invitational.

Paly hosted Henry M. Gunn High School on March 17 where the boys varsity emerged victorious, but the other three divisions lost. Sophomore Kent Slaney took first in the boys varsity 800 meter race as well as the 1600 meter race with times of 2:01.43 and 4:32.92 respectively. Slaney believes that the team has a bright season ahead of them.

“Our team is really good this year,” Slaney said. “People to watch out include Eli Givens, who’s always great, also Brett McBride. Brett has been running great races recently. I think that we’ll have multiple individuals and relay teams go to States.”

The team looks forward to the next meet on April 2.