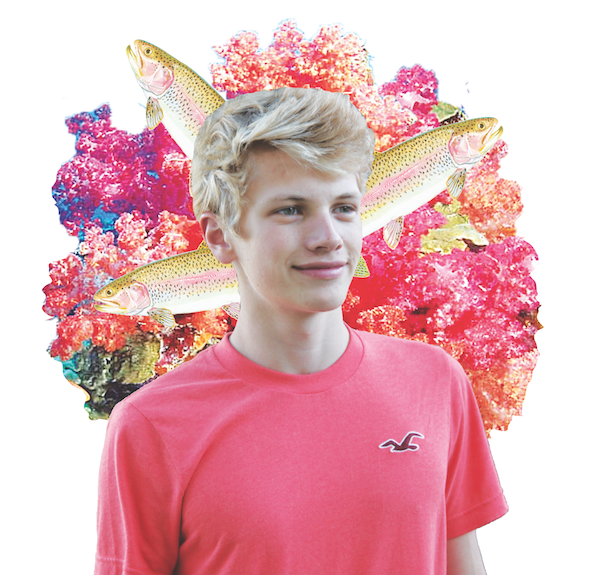 The Campanile: So, first question, right off the bat: I hear you have an affiliation of sorts with Arc’teryx. Would you mind commenting on how you feel about that brand?

Andrew Gibson: I really feel like the Arc’teryx mentality just embodies perfection. On the Alpha SV jacket, they had about seven conferences for each of the 12 zippers on the jacket.

AG: That sounds about right. Like I said, they embody perfection.

TC: Do you have any personal idols, Andy? Anyone who might have, for instance, been on Shark Tank?

AG: Mark Cuban. He’s the modern Rockefeller. He brought himself up from humble beginnings to the affluent man he is today.

TC: Who is your favorite actress in the acclaimed film, ‘The Breakfast Club’?

TC: Students around campus have heard you speaking a very unique dialect of English. How does one go about learning this intricate language?

AG: I think one should go on Rap Genius and read some Juicy J lyrics. Urban Dictionary might help as well.

TC: What’s your opinion on the trout as an animal?

TC: Slimy, grimy. Do you support the movement to protect the coral reef? The reef is burning away as we speak. From all those pollutants and chemicals, that is.

AG: Chemical fishing is bad. Even if it does kill trouts, it’s not okay. It’s never okay.

AG: Definitely not a trout, nor an owl. Maybe a grizzly bear; they eat trouts.

TC: What are your opinions on the U.S. Government’s war on drugs?

TC: True. As Juicy J would say, “We gon’ stay trippy for life, mane.” So, how do you feel about fungi?

TC: Fasho. You have a very noticeable lack of a tan. Does this mean you’re a snow sports enthusiast?

AG: I ‘muerto’ed a ski instructor.

TC: You’re gonna need to elaborate on that.

AG: We were going down the slopes of Mount Hood, and my velocity reached uncontrollable levels. I saw a ski instructor in the distance but forgot to steer away. Before I knew it, my skis gunned into the back of his knee, and he collapsed in front of a train of 8-year-olds. I was fine though. I also went through a fence onto a road once at Kirkwood.

TC: Who do you support for the 2016 presidential election?

TC: Which of his policies do you identify with?

AG: I think he has some great ideas regarding banning people with big feet from wearing sandals. I hate when people do that. Ruins my entire day.

TC: You seem thirsty. What are some of your favorite beverages to quench your thirst?

TC: Which city would a business tycoon like yourself want to travel to for international experience?