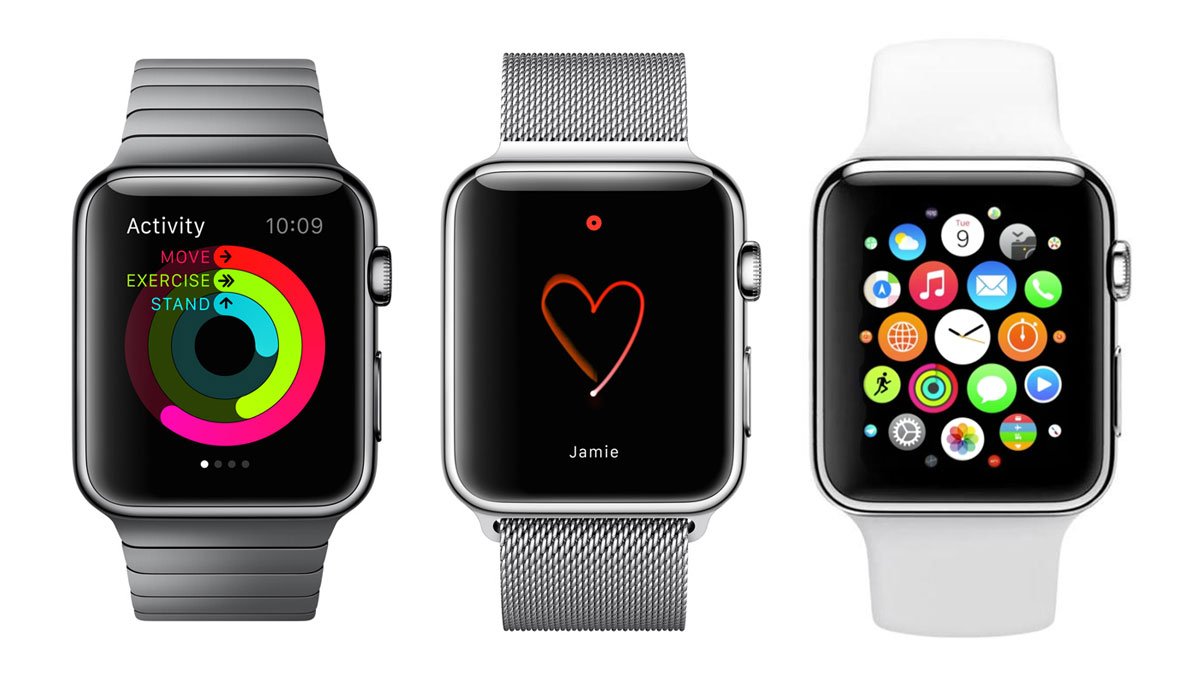 New, pricey Apple watches have sold well, but have failed to do anything beyond the abilities of an iPhone and a Fitbit combined.

Newly released Apple watch not worth the hype

Long-following audiences of Apple’s success should be pleased to hear about the new Apple Watch hitting the market.

Media release of the smartwatch has been peppered with gloats of new applications to aid exercise, real-time alerts of phone calls and messages and many other sleek features for Apple to claim fame to. Creators hope it will revolutionize the way people use technology by virtue of it being wearable.

Well, Samsung and Android Wear has tried to do that for a while now, with limited success. The complaint has always been that smart watches are bulky, unnecessary and overpriced. So when important ideas fail to take off, consumers turn to Apple to dish out a new product that everyone wants. However, the anticipated new timepiece may not be that product.

The Apple Watch’s rounded chrome display and customizable watch bands are admirable, but the apps themselves are no different from the original smartphones and tablet apps. The smartwatch alerts users to phone calls and messages and provides reply features such as emoticons and short messages. It checks heart rate, responds to voice commands and allows users to set up Apple Pay.

These features make the watch sound a lot like a combination of a regular iPhone and a Fitbit. In a day and age where everyone carries their phones in their pockets and every Fitbit is practically weightless, this basic functionality is irrelevant. iPhones are not landlines and Fitbits are not obsolete.

The real reason so many people are psyched out by the new product is just that: it is a new Apple product. In Silicon Valley, it seems like people trade in their old iPhones annually for bragging rights and faster clicking, and now everyone wants to maintain another pricey emblem of the company — all $350 of it.

To put this into perspective, common G-shocks sell for $130 apiece, but clearly people do not just want a wristwatch. Everyone wants Apple, and all the promises that come with it.

Humans are decadent creatures, and the reason for that is the need for social acceptance. Why buy the $200 Beats Solo 2 when the comparable Sennheiser Momentum On-Ears are $50 less? Beats are well known and owning a pair will earn a certain amount of respect that On-Ears cannot (see the previous Campanile article “The best headphones available on the tech market” for a headphone breakdown). But despite the hefty price tag, does Apple live up to its reputation?

For all its reputed athletic assistance and convenience, the Apple Watch is not convenient. Imagine using a stylus for the small screen when the apps get too difficult to tap. Imagine breaking out the iPhone 6 Plus every five minutes because the watch’s apps require a steady connection to the iPhone to function. Imagine charging the timepiece alongside the 6 Plus every night because the battery lasts a day.
It is the siren song of a personalized, stylish and high-tech accessory tied to a name brand that lures most people to place orders. Not the need for a smart watch.

Analysts in The Economist and The Wall Street Journal say Apple had one million pre-orders on the first day that the three smartwatch models became available, compared to the 720,000 shipments Google’s Android Wear raised in six months of last year.

With this confidence in public trust, Apple has created a $17,000 gold-cased Apple Watch Edition for wealthy consumers. Never mind that it functions exactly the same as a regular Apple Watch Sport that costs two percent of that price.

The Apple Watch is trending now, but will it stay that way in a year? Will this be another dead fad, like the line of iPod shuffles and nanos or the wearable tragedy of Google Glass?

The problem with style is that the world keeps turning, the wheel of innovation keeps turning, even after the birth of a supposedly revolutionary device. Apple’s time in the spotlight may be coming to a close. But for now, consumers will continue to feed Apple’s sky-high shares. After all, it is a fan favorite.