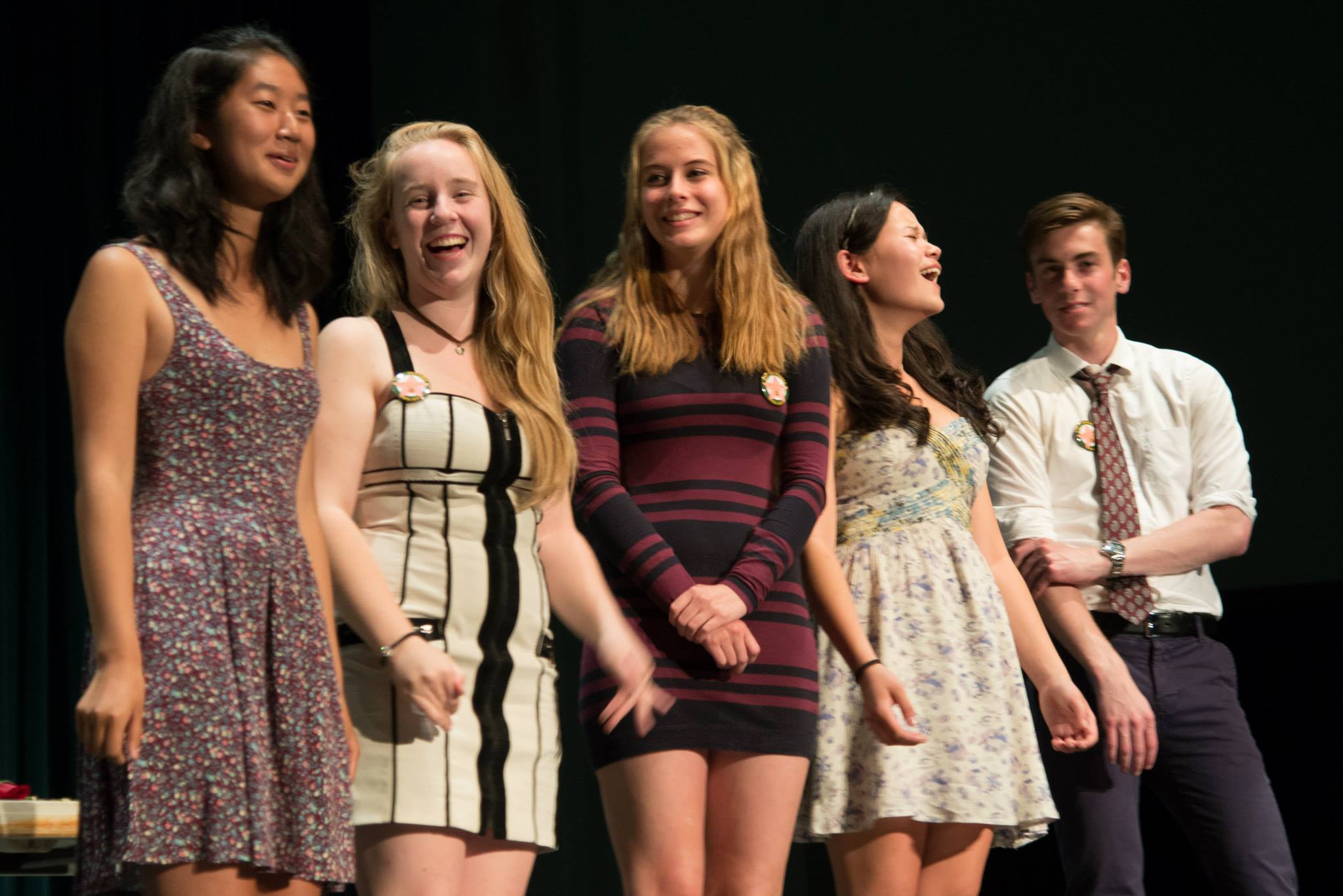 Palo Alto High School theatre students gather on stage during Senior Showcase on May 16 after the theatre’s “One Acts” on May 9.

The Palo Alto Theatre Department announced its new student board and season for next year at its final major event of the school year, Senior Showcase on May 16, after finishing “One Acts” on May 9. Next year’s executive student board will be Sophie Sweezey, Ophir Sneh, Liam Noroian, Charlotte Moffatt and Clara Baker. Lana Graves and Molly Kraus will be on the auxiliary board.

The upcoming season will include many new shows like Shrek the Musical Jr., Metamorphoses and Macbeth.

“I’m really excited for Macbeth and to see how the theatre decides to take it on,” junior Ophir Sneh said.

Senior Showcase took place in the Haymarket Theater, honoring the graduating class of 2015 in theatre. Student event organizers selected underclassmen and juniors in theatre based on requests to present about a senior they are paired with.

“Presenting somebody is a really good experience because it’s a time solely dedicated to talking about all the amazing memories you’ve made,” junior Adele Bloch said.

The theater director, Kathleen Woods, also presented a speech about each senior for the ceremony. One of her students shared her experience.

The 2014-15 season closed with the completely student run annual “One Acts” after three days of five student directed shows.

The process of choosing directors and shows for “One Acts” started in early spring with a total of 62 students participating as actors, directors and theater technicians in the final product.

“‘One Acts’” is a great way for people to be introduced before they do one of the bigger productions,” senior Cara Kienitz, student producer, said.