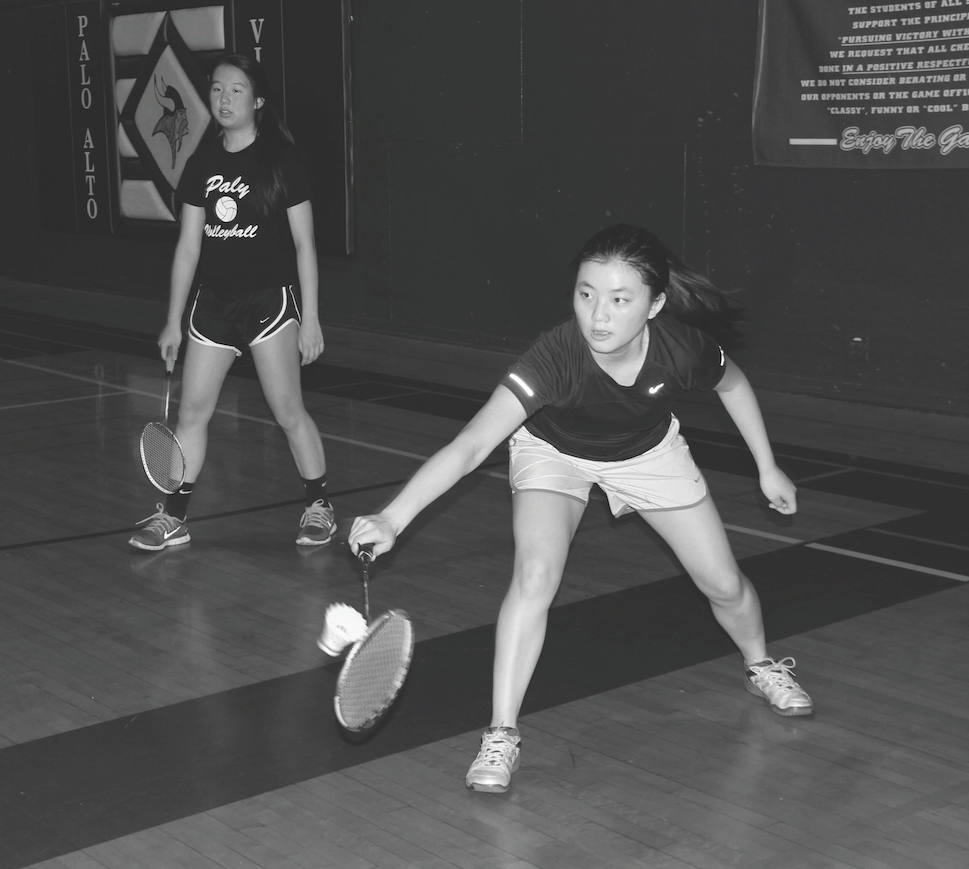 Badminton will stay in top league despite poor season

As the regular season nears its end, Palo Alto High School’s badminton looks forward to a fresh start next year, following a disappointing record filled with losses against its competitors.

The team has finished all twelve matches against its neighboring schools, losing its first three matches by a wide margin and winning four out of nine matches thereafter. Most notably, the Vikings won against Los Altos High School 18 to 12 on Senior Night. However the team closed its season with a loss, falling to Monta Vista High School for a second time 26 to 4.

The Vikings, who have played against traditionally strong schools, have had lacking performances this year and have been unable to rebound from a loss of 15 senior players. Furthermore, the team had to deal with the loss of old coach, Wesley Hsieh, who was released after two years.

“We started off a little shaky, due to the lack of direction from the change in coaches and that threw us off for awhile,” sophomore Candace Wang said. “As the season progressed however, we began to gain momentum and I think we have finished the season strong.”

This year, coach Justin Halas attempted to emphasize physical training, in order to improve the team’s conditioning and footwork. Halas believes that players need a growth mindset and mental toughness to win games.

“It is important to be in the right position to anticipate the shot or the hit. Another technique is to focus on attacking,” Halas said. “90 percent of teams that attack in badminton end up winning, so getting into that attacking mindset is something we’ve got to focus on.”

The Vikings moved up to the higher division, the De Anza League, two years ago. The team has had mixed success in the division, often leaving the season with more losses than wins. Despite another mixed season, the Vikings placed fourth in their league and will stay in the upper league next year.

“With teams like Gunn and Monta Vista in the league, it will be extremely difficult to get first place,” freshman Jackie Cai said. “But with all the coaching difficulties and gym problems, it is great that we finished 4th in league.“

The Vikings will continue to the Santa Clara Valley Athletic League and the Central Coast Sectionals – which is played individually and not as a team.

Players to look out for include the mixed doubles teams Linus Wang and Ally Zhu; Joseph Chang and Carissa Zou; girls doubles teams Promise Lee and Jackie Cai; and boys doubles team Eric Chiang and James Wang – all of which have had strong performances this year.

Next year, the team will face the loss of longtime senior players, as well as a possible loss of players due to the construction of the new gym.