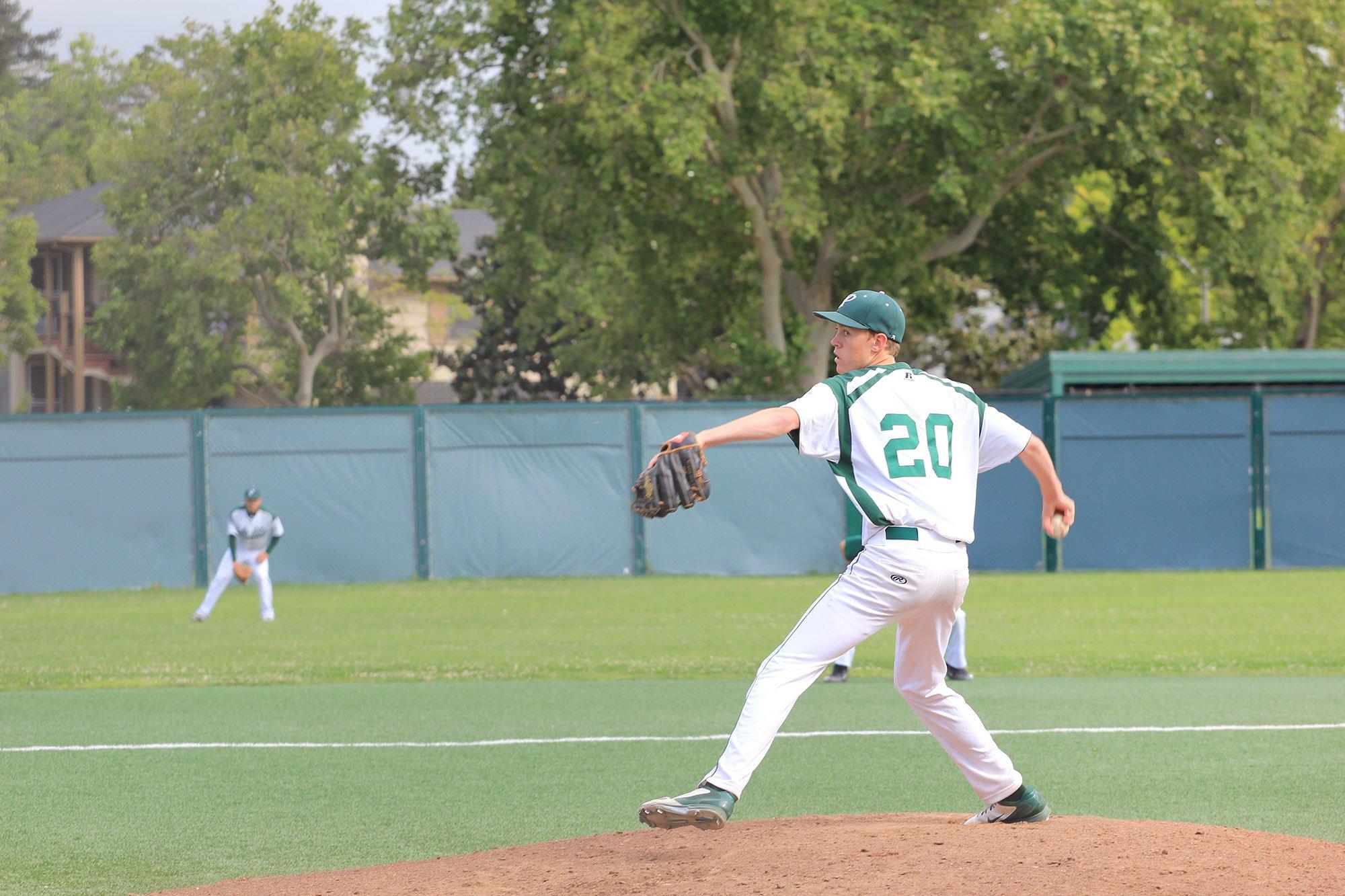 Baseball unable to advance in CCS

Cleats to the face, dirty plays, heartbreaking defeats and triumphant wins have been the norm for the Palo Alto High School baseball team. The regular season has come to an end, and the boys secured a spot in the Central Coast Section (CCS) playoffs after beating rival Los Gatos High School in a three game series.

On May 5 the boys played the first of a three game series against Los Gatos. The boys scored a quick run against Los Gatos in the third inning, giving them in a tenuous one point lead. They then shut down Los Gatos for the next four innings and secured a 1-0 win.

“The Los Gatos win was huge for us. We just had that feeling that it was our game, and we won it,” sophomore pitcher Ryan Chang said. “Gatos was pretty cocky when they came in, but we showed them that we had some backbone. Our defense finally came through and our pitchers Justin [Hull] and Isaac [Kasevich] clutched the game for us.”

Unfortunately, Los Gatos came back with a fury in the next game and defeated the boys 5-3 on May 7. Although the boys  bases loaded at different points early on in the game, they were unable to convert the opportunities into runs.

“We had a big first inning that we did not capitalize in, and they came out with a little more intensity,” sophomore seccond baseman Ethan Stern said.

This type of play resulted in senior Will Snodgrass receiving a cleat to the face. Angered by the antics of Los Gatos, the boys prepared to take their revenge in the third game.

“[Spiking someone in the face] is not an ethical play. There are some things that you don’t do,” Chang said. “But if they want to play old school baseball then we can too.”

Ultimately, junior Albert Han summed up the boys’ feelings about their future game against Gatos.

“There’s not much I can say,” Han said. “If Gatos manages to keep it clean we should have a good game.”

In the last game against Los Gatos on May 8, the boys emerged triumphant with a 6-4 win. Many of the problems that plagued the team over the season such as a weak defense and a lack of purpose were nonexistent. Han’s words rang true as the boys played an intense game and were rewarded for their efforts.

After the Los Gatos series, the boys had an uneventful matchup against Saratoga High School on May 12 in which they crushed the opposing team 14-3.

Their second game on May 14 resulted in a 3-1 win, allowing the boys to qualify for the CCS playoffs. Unfortunately, things took a turn for the worse when the boys season came to a bitter close when they played against Carlmont High School. In their first game of the CCS playoffs the boys lost 4-0, despite ace pitcher Justin Hull doing his best for the team.  Because CCS is a single-elimination affair, the boys are now out of the playoffs.

The boys have had a rough season, but as the year draws to a close, the team has come together and played some of its best games of the year. In the midst of their success, the players are reminded of why they love their sport.

“[Baseball] is not as fast paced or quick thinking as other games,” Stern said. It’s a game [in which] you have to think out and play with your mind. In that way it is unique.”

Ultimately, the boys’ success can be attributed to their close ties with each other. Even when the team was losing six games in a row, they were able to stick together and believe that they would make it to the playoffs.

“The biggest contribution to our success is our chemistry,” sophomore Ben Cleasby said. “We always work well with each other and we help make each other better players, and that is why we are winning games now.”