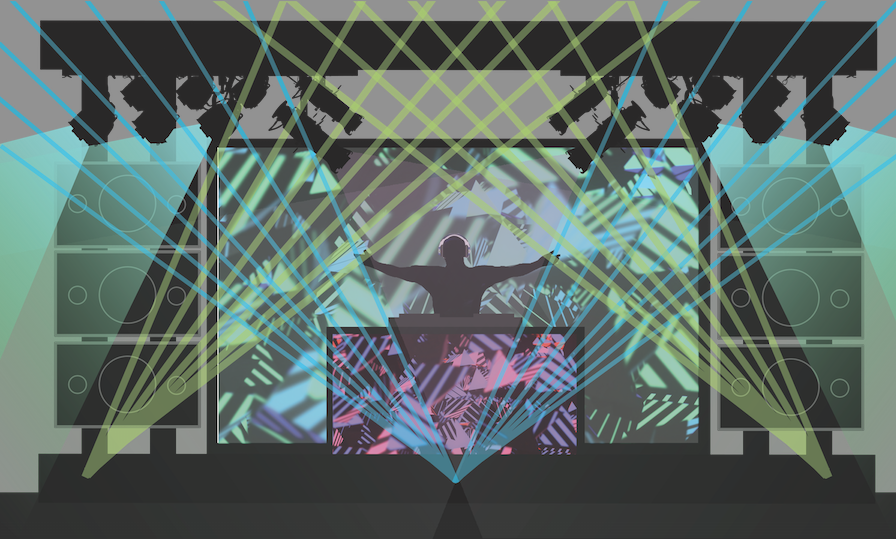 Underground vs. Mainstream in EDM

Music is one of the few things that can bring millions of people together in love and harmony. Conversely, genre distinctions, pretentiousness and subjective judgment of music can divide millions of people into screaming fits of rage and decades-long wars of attrition. This has happened time and time again as new genres have formed, expanded and inevitably split into distinctions such as “old-school” and “new-school” hip-hop, “indie” and “classic” rock and most infamously “underground” and “mainstream” music.

This last distinction comes from genres that originate as subcultures such as hip-hop and, more recently, dance music. The genre inherently originates in the “underground,” writing its own rules and origin story, before expanding in popularity and profitability and eventually mutating into the “mainstream” version of itself. The issue is that it will often eschew quality or respect for its roots in the interest of profitability (spurned on by record label executives and investors). Just as hip-hop expanded from a small movement in the Bronx to  one of the most listened-to genres worldwide, within the last decade dance music has moved from illegal warehouse raves and small individually owned disco clubs to massive corporate festivals and events. Electronic Dance Music (EDM) is the new staple of profitable music worldwide, generating billions of dollars in revenue for the mainstream. But has EDM forgotten its roots entirely and become a completely different kind of music than what Frankie Knuckles or Giorgio Moroder were playing back in its origins? Many modern DJs think so.

The art of deejaying itself has morphed into a different beast. The traditional house of techno DJs’ job was to bring a vast library of tracks and knowledge of said tracks with them and select and mix songs on the fly, reading the crowd and playing appropriate moods or sounds to get them dancing. This is why dance music is so formulaic, with certain set tempos, drum patterns and even arrangement structures being set throughout different subgenres. For example, house DJs typically need a kick-snare “four on the floor” pattern at 120 beats per minute in order to be able to easily mix whichever record they want in a matter of seconds. However, many of traditional DJs, listeners and beat connoisseurs uphold the belief that the modern superstar DJ, aka Steve Aoki or David Guetta, might as well just press play on a pre-recorded mix and jump around yelling into the microphone.

This sentiment has become common, but taboo, in dance music, with everyone holding up the underground principals knowing it happens and the big name stars being suspiciously silent on its occurrence. This silence was recently broken by Guetta, who stated in an interview with Beatport about his set at this year’s Coachella that “before I saved my playlist to my SD card, my computer crashed. I had to put all my music in a random order on USB sticks at the last minute, doing it really old school, scrolling to look for the records I wanted to play next.” This incident left many classical DJs asking whether the very nature of their genre was “old school” and outdated to Guetta, and what that meant for modern EDM considering his popularity.

“He keeps turning the music off, jumping around onstage, saying ‘This is my new single! Out next week!’, and playing the next song. You are not a f***ing DJ. You’re an overpaid, untalented, cake-throwing, performing monkey.”

Seth Troxler is one of the only people who disregards the backlash enough to speak up, but his sentiments are echoed throughout much of the EDM community. It is unfair certain DJs become more popular because they have more accessible or “dumbed-down” music, or they depend on a gimmick to attract audiences and build a reputation. There is a definite difference in modern dance music between the best DJ and the most well-known DJ, but most passive fans can’t make this distinction because all big room house sounds the same to them, so they will just buy tickets for the events of festivals with the names they recognize. Because of this, artistic integrity and merit within the genre suffers. In addition, producers start catering to these kinds of crowds because that’s where the money is, and end up creating music that is derivative of itself, repetitive and dumbed down in order to easily appeal to the masses. The result of this is a vicious cycle where the music gets simpler and trendier and the money keeps rolling in to encourage it. This has genre veterans worried about the very state of the music itself. Seasoned DJ Steve Angello recently reflected on the current state of the genre, saying,

“I’m trying to make a piece of art that I’ll be able to look back on in 10 years and say, I’m f***ing proud of that. I don’t want to look back and say, ‘Remember when we did that? I can’t believe the kids bought into it.’”

These conflicts between the underground and mainstream, the roots and the evolution of the genre and the artistic integrity and the profiteering do nothing to actually progress the issue. As long as there’s money to be made, there will be acts that pander to the lowest common denominator for the sole sake of profit. There will always be labels, promoter and managers egging this practice on. The exact same phenomenon happened with rock and roll and hip-hop, and dance music is the most recent victim of rapid popularization degrading genre integrity. The difference with dance is that we  have time to make a change and unify the community before it splinters. For example, hip-hop has divided itself irreversibly into distinctions of underground and mainstream: diehard followers of the underground, “backpack” rappers such as Aesop Rock and KRS-One make a sport out of publicly decrying all mainstream, new school rappers as “not REAL hip-hop” in every online forum and Youtube comments section with their grubby little fingers.

To avoid this kind of pretentious nonsense, dance music fans and artists need to accept that within the myriad of sub genres that make up “EDM,” there will be differences in complexity, objective technical skill and audience. The key is to not decry a group that isn’t your own because your favorite DJ is better at spinning or your subgenre is less formulaic. All dance music’s audiences need to get back to the genre’s roots and consider the traditional values of peace, love, unity and respect (abbreviated as PLUR) before they condemn another artist or fanbase. These values should apply to everyone in or outside of the rave. We need to come together as music lovers and realize that underground versus mainstream hate is not very PLUR.