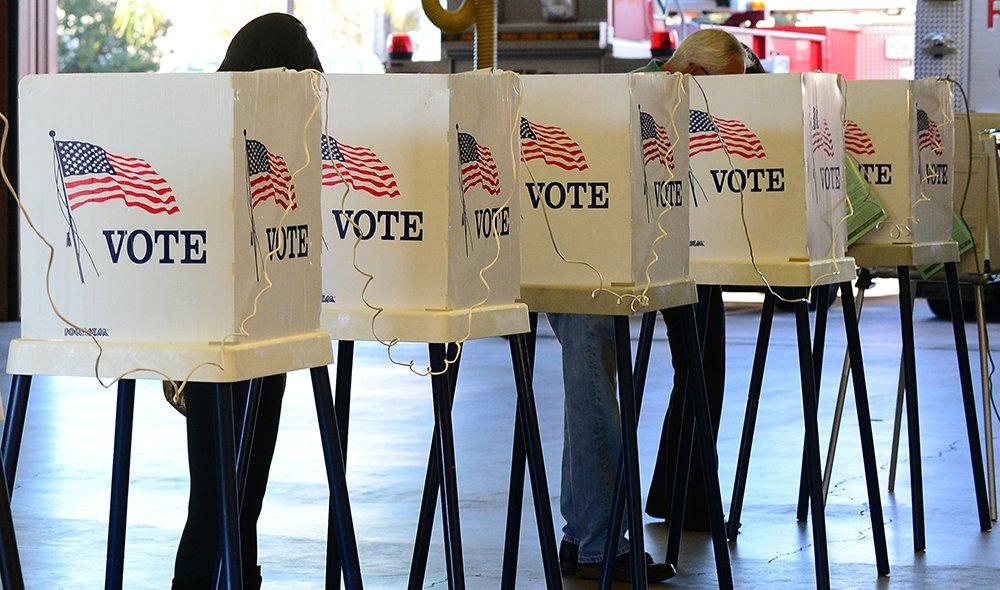 Eighteen-year-old voter registrees make up just 5.2 percent of the registrees in California, the lowest of any age group in the state.

Young adults ought to be more involved in the voting process

When Palo Alto High School seniors turn 18, they enter the world of adulthood and are confronted by a myriad of new legal hazards and opportunities they were previously exempted from. These students must rapidly make up their minds as to which of these newly obtained opportunities they will capitalize on and which they will choose to pass up.

However, 18 year olds across the United States seem to reject one of the most significant rights that U.S. citizens gain at the age of 18­ — the right to vote. Voter registration among 18 year olds in the state of California hovers around 5.2 percent, the lowest percentage of any age group in the state and one of the lowest of any demographic nationally. California is not an outlier either — Pew Research Center data indicates that youth voting is as low as it has ever been nationally.

The voting age of 18 has a relatively recent history that dates back to 1971 when the 26th Amendment was ratified in response to criticism of the drafting of 18 year olds into an unpopular Vietnam war. Since its implementation however, 18 year olds have lagged significantly behind other age groups in terms of voter turnout. In fact, according to the 2010 U.S. Census, the percentage of voters in the 18 to 24-year-old demographic is generally 20-30 percent lower than the 25 to 44-year-old demographic.

By continuing this trend, we newly realized American adults are squandering a significant power given to us. The health of a democracy can be determined by the involvement of its constituents, and by removing ourselves from the political process, we only further a vicious cycle of political apathy and resentment of the government. Although young adults may feel they are insufficiently informed to make educated votes or that their votes will have no real effect on elections, these are not reasons to avoid the process. Studies from Rutgers University show that the political awareness of 16 year olds is equivalent to that of 21 year olds, indicating that a difference of several years does not mean more political understanding. In addition, due to government, history and economics courses offered in high schools, seniors have a fresh understanding of important political concepts. As for the issue of political apathy, not voting simply guarantees that one has no say in one’s governance, while voting is the surest way to make one’s concerns known.

Voter registration and voting from the earliest opportunity are significant for other reasons. Early involvement of the political process can have long term effects on voting behavior, with voters who felt politically connected in high school showing greater turnout than average into their 30s. Simply registering can have lasting effects as well. In the California 2014 midterm congressional election, although the total registration of 18 year olds is the lowest in the state, among registered voters the turnout for 18 year olds was 13-15 percent higher than that of voters in their 20s.

By becoming involved in the political process at the first opportunity, us students can ensure that we have a stake in their future and that our voices will be heard.