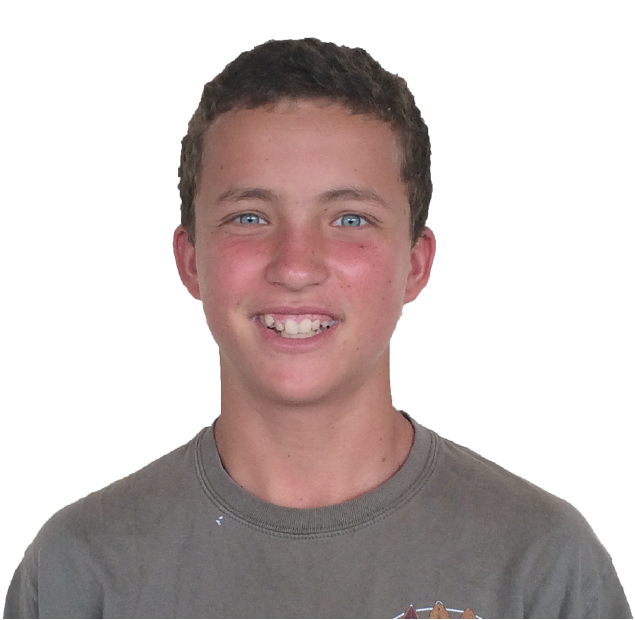 The Campanile: Zach, you won the first annual Camp MAC journalism summer camp ping pong tournament — where does that rank on your long list of life achievements?

Zach Baumgarten: I have to say it’s up there with the most of them. I first want to focus on my education, but it was a good achievement and it wouldn’t have come without great team chemistry with my partner Tyler.

TC: Right, your doubles partner was Tyler Foug. What do you have to say about him?

ZB: He’s a great teammate and a great friend. I knew he was going to be there for me when it really counted.

TC: Would you beat him one-on-one?

ZB: He’s only beat me once in his life. It’s always a close game but I always have that competitive edge.

TC: Are you planning to compete at the 2016 Olympics in Rio?

ZB: You know, it depends on my schedule. I first have to focus on school, and it might conflict with my basketball and baseball careers.

TC: It seems like education is super important to you. What is your favorite class so far at Paly?

ZB: My favorite class so far is Photo since I get to express myself through art. We did this cool project where we cut things out of magazines and made a poster.

TC: As a freshman, how do you feel about being back at the bottom of the social pyramid?

ZB: You know, it’s not that big of a deal since all of the upperclassmen are really nice and can help you around the campus. They can help you in telling the tricks of succeeding and help you have a better time at Paly since they’ve had that experience.

TC: What do you miss most about Jordan?

ZB: I miss the less demanding homework load even though Paly isn’t that bad so far. And I miss… I don’t know, there’s not much that I miss. There are a lot of things I like better about Paly though. At Paly, I enjoy the shorter bike rides, which is nice because I can wake up later in the morning. I enjoy the block schedule since I only have three or four classes most days, which makes it easier to organize homework.

TC: I thought you were going to mention [Pete] Colombo because I know you’re obsessed with him. Talk about your love for Colombo.

ZB: Well, I fortunately won’t be missing out on Colombo this year. I’m pretty sure he’ll be coaching baseball. So, me and Colombo will continue our relationship.

ZB: It’s a fun, intriguing, intense, sports relationship and hopefully it continues for a long time.

ZB: My favorite word is sports since sports connects people and I enjoy playing sports. I don’t know what my life would be like right now without sports.

TC: How do you feel about being chosen for 1 in 2000 for The Campanile’s first issue?

ZB: I’m honored and it’s going to be cool since I’m considering joining journalism in my near future at Paly.

TC: Are you going to join The Campanile?

TC: What is your motto for life?

ZB: It’s not the dog in the fight, it’s the fight in the dog.