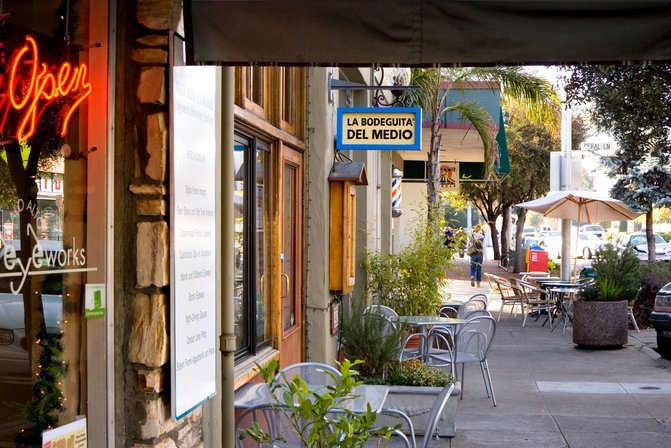 The Palo Alto Planning and Transportation Commission voted to limit the amount of chain stores located on California Avenue.

Palo Alto’s Planning and Transportation Commission gave the proposal to limit chain stores on California Avenue a unanimous answer on Aug. 26: the commission voted in favor of limiting the number of chain establishments in the city’s “second downtown.” The decision followed a long conversation over the details of the ordinance and its impacts on the city.

Some commissioners, however, expressed concern over the proposal. Commissioner Mark Michael proposed that franchises be excluded and Commissioner Kate Downing questioned why the city excluded nail salons and barber shops from their definition of  “allowed retail.”

Nonetheless, given the 7 to 0 vote, the council is set to review and approve the ordinance. If passed, it would add to the current 2-year period of retail restrictions on California Avenue.

The chain store ban, which will affect both California and Cambridge avenues, would prohibit all retail businesses and restaurants with more than 10 U.S. locations from developing new venues. Recently, the commission has split with the City Council on other major issues, most notably the proposal to create an annual office cap in Palo Alto’s business districts. However, everybody seemed to be on the same page about the shops on California Avenue. Owners of California Avenue shops such as Jessica Roth, fourth-generation owner of European Cobblery, have spoken out in favor of the proposal.

“I feel there are great spots in Palo Alto for big businesses — Stanford Shopping Center and some big spots downtown,” Roth said in an interview with Palo Alto Online. “If we don’t do anything to protect Cal Avenue, we’re going to lose the small mom-and-pop shops eventually.”

California Avenue has always lived up to its original motto, “small town shopping in the heart of the city,” and the proposal aims to keep it that way. For years, it has been a destination for many Palo Altans due to its mix of restaurants, grocery stores, boutiques and the year-round farmer’s market takes place every Sunday.

Residents of the nearby neighborhoods Evergreen Park and College Terrace have expressed concern that the ordinance would backfire and drive up the already high rent prices, potentially forcing out mom and pop businesses. If the ordinance passes, it could heavily affect the atmosphere and the amount of revenue being generated in this business district.

“I feel like it’s a good idea because it gives a chance to the smaller businesses to make some money,” junior Eric Kim said. “But I also feel like they would need bigger chain stores down there to attract people in the first place.”

The commissioners all approve of retaining an “eclectic, vibrant and diverse collection of retail and personal services establishments,” as stated in the ordinance.