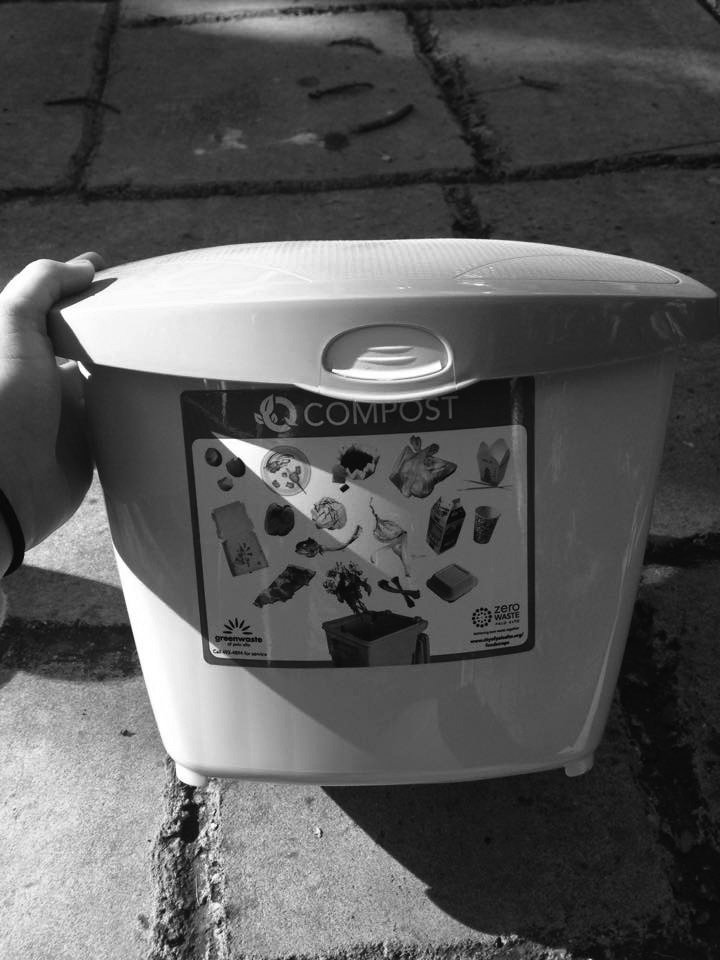 Maggie Rosenthal
Opinion
September 18, 2015
The small compost bins given to nearly all Palo Alto households in July may seem like an insignificant change to some residents, but in reality they are anything but a small change. The City of Palo Alto took an important step on July 1 when it began the Residential Food Scraps Collection as part of its Zero Waste Program.

The food scrap collection allows all Palo Alto residents to dispose of their food waste through the large green compost bins that are collected weekly curbside, which were previously limited to yard trimmings. This initiative diverts residents’ food waste from landfills to a specific composting plant in San Jose, the site of the Zero Waste Energy Development Company.

The City of Palo Alto has simplified composting through this program. Residents were supplied with convenient kitchen composting bins and pamphlets outlining exactly what can and cannot be composted through the new system.

There are also workshops offered nearly every month for residents who need more guidance. Residents can even gather friends and host “compost parties.” While some of these measures may seem a little excessive, the general sentiment of help that Palo Alto officials are offering to residents to encourage composting and make the transition easy is admirable. With all of the resources available to residents of Palo Alto, there is no excuse not to compost.

Additionally, the program is expected to eliminate roughly 1,140 metric tons of carbon dioxide equivalent per year. To put this in perspective, this eliminates as much carbon dioxide as over 900 acres of U.S. forest do in a year, according to the U.S. Environmental Protection Agency.

Certainly, there are some issues with the bins and the program as a whole. Many have been concerned with the small size of the bins as well as the intended placement in the kitchen. However, these problems are simply not as large of an issue as one may think, and do not affect users after the initial adjustment.

One potential issue is the dirt and grime that could build up in the bins. This problem is easily solved however, by using relatively inexpensive compostable bags or by simply lining the small bin with paper towels, which also happen to be compostable.

At first glance, the size of the bin may seem too small for practical use. However, just as one does with recycling oversized items, such as large boxes, anything that does not fit in the small composting bin or would potentially cause a mess can be taken directly out to the large green composting container.

Nearly every resident of Palo Alto is able to take part in this program, as opposed to other environmental actions that may only be applicable to certain demographics. Everyone generates garbage, and composting is a feasible solution for all to participate in.

Because of the current state of the environment and Palo Alto’s subpar track record of non-garbage items being thrown out, as evidenced in the previously mentioned progress report, it is inevitable that part of the budget must be spent in some way on the environment.

The compost bins are a necessity, just as any other public works project, like maintaining sidewalks and streets, is necessary. The way the City of Palo Alto has chosen to designate this money that needs to be spent on the environment is commendable, due to its widespread applicability to residents.

Clearly, the program is not perfect, far from it, in fact. However, the slight inconveniences to Palo Alto residents do not outweigh the overall positive movement the compost bins spur.

Simply put, Palo Altans should take advantage of the efforts the City of Palo Alto has taken to ease the transition into composting. Residents can and should deal with the little effort it takes to put apple cores and crusts of bread in a separate bin.