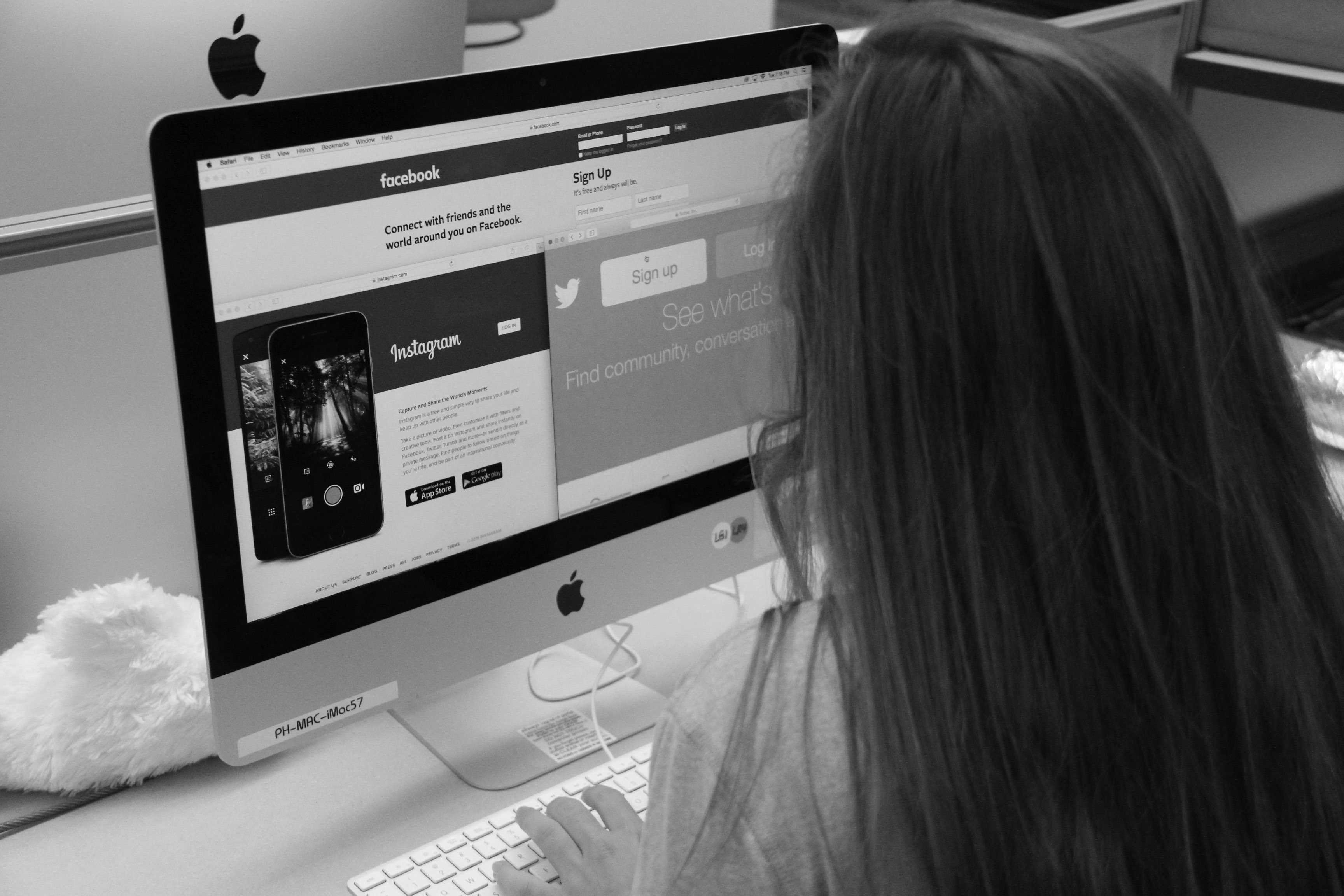 Alice Zhao
Lifestyle
September 18, 2015
What is more familiar? A “like” followed by a thumbs up or a “double tap” preceding a heart? The answer to this question has changed over time and greatly varies among students at Palo Alto High School — it seems as if age plays a significant role in determining who uses Facebook and who uses Instagram, an increasingly popular form of social media.

In general, younger teenagers at Paly tend to have limited activity on Facebook, ranging from simply owning an account and rarely logging on to not having one at all. Instead of incessantly counting the number of likes on profile pictures, as teenagers have done in the past, young teens now have begun to obsess over followers and likes on Instagram.

The most common reason that younger teenagers have been straying from Facebook recently is that none of their peers use it; consequently, they feel that Facebook is not the best way to connect with friends their age. Additionally, the sentiment that Facebook has become complicated is echoed throughout the freshman class, according to freshman Iris Hart.

“It’s kind of difficult to navigate,” Hart said. “I recently got it so it’s challenging to figure out some of the features it has. I have not spent that much time on it, so I have not bothered to learn [about the various features]. You just get so much feed.”

While Facebook remains to be a prevalent platform for upperclassmen, proven by the success of its active class groups, Instagram is dominant for younger teens, as expressed by freshman Stan De Martel.

Another reason freshmen are leaving Facebook behind is that many believe Instagram to be the superior social media outlet with its minimalist interface that offers a more streamlined experience for the user.

Another reason Facebook has not reached younger users is its age restriction, which requires users to be at least 13 years old. While Instagram has a minimum age requirement, it is to be considered less strict and mostly disregarded. This is evident by the larger amount of underage Instagram users in comparison to the amount of underage Facebook users.

“Instagram is new and came out [and became popularized] with my age group in middle school,” Hart said.

Upperclassmen have not failed to noticed the tremendous adjustment in the social media tendencies of the younger generation, as stated by senior Karina Chan.

“I really don’t know why this giant shift in social media is happening,” Chan said. “I mean, Snapchat is temporary, fleeting and in the moment. I think maybe that [Snapchat]  allows teenagers to let people know about fun things they’re doing that they might be embarrassed of, had it been on Facebook instead, your mistakes and personality [are] frozen at that moment and put up for all to see.”

“I’m sure in the next few years more and more social media platforms will be developed and probably replace Facebook, Instagram, Twitter or whatever,” Huang said. “Just a few years ago everybody was still on MySpace or AOL, and in middle school everyone was on Google Buzz.”

Freshman class President Caroline Furrier and freshman class Vice President Vivian Feng have tried to utilize Schoology, Paly’s educational social media outlet, to communicate with freshmen on a larger scale; this effort has ultimately failed in reaching out to students. However, the absence of a conventional communication feature on Instagram, the predominant social media platform of underclassmen, makes connecting a whole grade of several hundred people a daunting task. This lack of a common denominator online may potentially hurt the freshmen in classwide events that require extensive planning, most notably Paly’s legendary Spirit Week. As most information concerning Spirit Week is traditionally announced through Facebook groups, freshmen will have to think of another way to unite their class online.

Despite all obstacles, the freshman Associated Student Body representatives remain optimistic about their predicament with mass online communication with the students in their grade.

“[Furrier and I] tried to find everyone in our grade’s Facebook,” Feng said. “We both are really determined to get our whole class on deck with how big of a deal spirit week is to Paly. We literally went through the Schoology group members of the freshmen class, and looked up about 300 people from the class on Facebook.”

Huang, who witnessed the Class of 2018 attempt to create an classwide Instagram account last year and does not consider it a viable way to communicate on a large scale. Despite this, he believes that underclassmen can achieve classwide communication using alternative methods.

“I know last year’s freshmen tried to set up a Spirit Week Instagram account, but I don’t think it was very successful,” Huang said. “[But] Facebook isn’t the best or only option. Twitter or even Google Docs could be just as effective. They just need buy-in from the majority of the class or else information will be spread out and ineffective.”

Nonetheless, freshmen definitely have their work cut out for them to find a suitable method of mass communication online.

“Unless they find an alternative communication method or platform, I think the lack of Facebook will hinder their performance as a class,” Huang said. “Otherwise we’ll just have one less class to compete with during Spirit Week.”