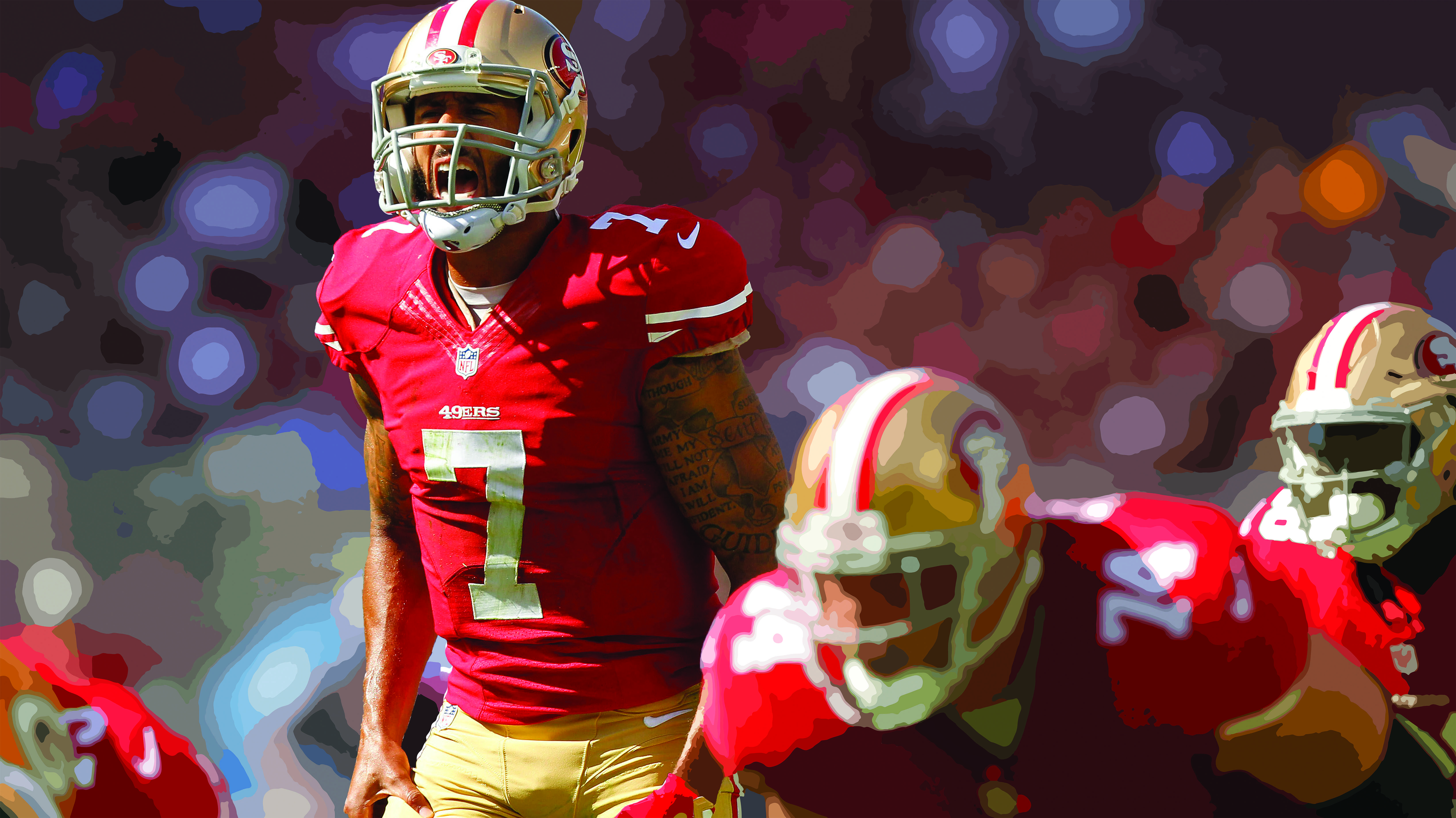 49ers hope to succeed despite loss of key players

The 2015 offseason was certainly one to forget for San Francisco 49ers fans. The few months were filled with coaching and player changes, leaving the team with a drastically different identity and a questionable roster. These postseason advancements only exacerbated the sentiment of mediocrity set by the team’s 8-8 record last season.

Following the departure of head coach Jim Harbaugh, who brought the team to one Super Bowl appearance and three consecutive National Football Conference (NFC) championship games, several other key players followed suit. Running back Frank Gore, 5-time Pro Bowler and the all-time leading rusher for the franchise, signed with the Indianapolis Colts. Guard Mike Iupati, an essential piece to the team’s offensive line, left for the Arizona Cardinals. Several retirements among key players such as Chris Borland and Anthony Davis, also contributed to the exodus of players. Perhaps the most shocking of all, linebacker Patrick Willis, the heart of the 49ers defense, announced his early retirement on March 10.

Needless to say, this coming season seems to be a year destined to go down as one of the worst years the franchise will ever see. The lack of impact players coupled with having to compete in one of the best divisions in football gave analysts several reasons why the 49ers would finish among the bottom 10 teams of the league.

However, all this drama in the media shrouds the few slivers of hope that 49er fans can look forward to in the coming years. There is still hidden talent left in the team, and with good coaching, all the pieces may come together. The departure of the team’s previous head coach and offensive and defensive coordinators opens up a new perspective on how the team should be run and offers the possibility of discovering new schemes that will benefit all members in this organization.

Player departures also bury the fact that the team still possesses several playmakers. Running back Carlos Hyde showed his potential to be one of the league’s top rushers with his performance against the Minnesota Vikings during week one of the 2015 season. Linebacker NaVorro Bowman, who had two selections to the Pro Bowl, is coming back from an ACL injury suffered in the 2013 NFC Championship game. Lastly, although quarterback Colin Kaepernick has shown disappointing play in the past few games, he still possesses the speed and athleticism that makes him a dangerous dual-threat quarterback, if used correctly.

Free agent acquisitions further add the the depth of the roster. Wide receiver Torrey Smith signed a 5-year contract with the 49ers and has proven to be a dangerous deep threat. Former Detroit Lions running back and Super Bowl champion Reggie Bush was also added to the team. Although former Rugby League star Jarryd Hayne is only a rookie this season, he has already established himself as a solid punt and kick returner capable of running very well in open space.

Furthermore, most analysts forget that the team’s 2014 season was plagued with an astounding number of injuries — the franchise had the fifth most players on the Injured Reserved list. This meant that for the majority of the season, the team was playing with second or third string players. Despite this, the 49ers were quietly sitting at fifth in the league for defense and fourth in most rushing yards. Therefore, because the majority of the team’s backup players are still signed with the team, fans can expect similar production with years to come.

Even if the team doesn’t fare well this season, early draft picks and young, developing players will only add to the roster’s potential. Trent Baalke, the general manager of the team, has had an impressive record of drafting talented players such as quarterback Alex Smith and the aforementioned Patrick Willis. The 49ers have grown to be known as an organization with exceptional roster depth and this trend is expected to continue.

It is evident that the ability to achieve success still lies within the roster. Though it may be difficult to see instant success with this franchise, it is only a matter of time before more young talent is added and a better chemistry develops between the players and coaches to put together another championship run. As player and coaching experience develops over time, the only direction the 49ers organization can advance is forward.