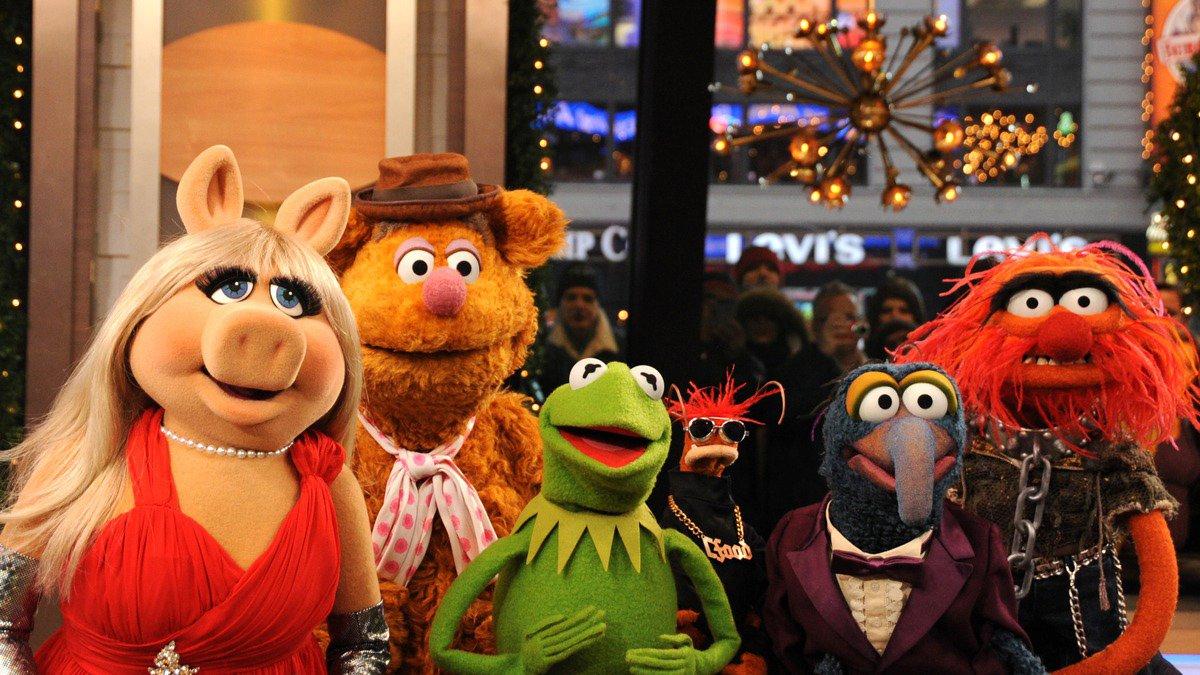 New television premieres to watch out for this coming fall

Jacky Moore
Lifestyle
October 12, 2015
Every fall, television networks release over forty new shows  combined in the hopes of a few catching the public’s attention.  The 2015 pilot season manages to involve the Federal Bureau of Investigation (FBI), drugs, and a multitude of excellent films adapted into television shows, making for a seemingly exciting period in network TV; however, there have been few to no signs of any extraordinary new series this fall.

ABC’s televised destruction of the spirit of the original Muppets franchise replaces ingenuity present in Jim Henson’s work with innuendos and adult humor. Airing on Sept. 22, the pilot episode sees the beloved characters of Miss Piggy and Kermit struggle and fail to maintain their relationship, Fozzie Bear tackle the difficulties of a bestial affair, and another pig, Denise, step into the spotlight. Single-character interviews commonplace in “The Office” and “Modern Family,” a long-overused filmography tactic, add to the show’s lack of originality. Focus switches back and forth from Kermit’s blaming of Miss Piggy for their relationship’s fall to Miss Piggy’s affairs with other men. ABC’s “The Muppets” regrettably fulfills its tagline: “Not your grandmother’s Muppets.”

The pilot of NBC’s other new TV show, “Blindspot,” is wild from start to finish. Within the first three minutes of the episode, a nude woman (Jaimie Alexander) covered in tattoos crawls out of a body bag in the middle of Times Square as a member of the New York Police Bomb Squad points a handgun at her. These tattoos prove to be the most interesting component of “Blindspot,” surpassing even the constantly-naked Jane Doe in terms of intrigue. Jane is determined to be a “chemically induced” amnesiac, a title which entails a loss of memory but retention of literacy of Chinese characters and skills with firearms. Using these abilities, Jane and FBI Special Agent Kurt Weller (Sullivan Stapleton) gradually begin to trigger Doe’s submerged memories. No one, viewers included, has absolutely any idea of what is going on, which only adds to “Blindspot’s” attention-grabbing, dramatic action movie vibe.

The only person having the best time ever in the NBC’s new live variety show is Neil Patrick Harris, the show’s titular host. With prank videos, karaoke, celebrity challenges, a game show, stunting, pogo sticks and a marching band, “Best Time Ever” with Neil Patrick Harris’ pilot episode on Sept. 15 was obnoxious.

Betting on Harris’ charisma and prior hosting of several award shows such as the Academy Awards, Tony Awards and Emmy Awards, the network failed to use the star’s charisma to revive the variety show of the 1980s. Even bubbly guest announcer Reese Witherspoon could not save the surprise-filled extravaganza. Witherspoon, though repeatedly voicing her fear of heights, was launched into a vertigo-inducing climbing challenge with Harris. For the remainder of the show, Harris tries to string together a series of completely unrelated comedic action sequences. Each sketch was louder and brighter than the last, destroying any last shreds of each event’s memorability. All in all, despite Harris’ best bids at keeping his audience’s attention, Best Time Ever’s pilot is 42 long minutes of painful mediocrity.

Like CBS’ “Limitless,” “Minority Report” is another mediocre TV adaptation of a great movie. Based on Steven Spielberg’s 2002 film also titled “Minority Report,” the new FOX show that premiered Sept. 21 stars Meagan Good as Lara Vega, a cop living in 2065, and Stark Sands as Dash, a precog, or person with the clairvoyant power to foresee crimes before they occur. For those who have not seen the movie, the show is a lot to absorb due to its multi-faceted, complex backstory over which the series rapidly glosses. A governmental crime prevention agency involving Dash and two other precogs has long been dismantled; however, Dash hides his clairvoyance and continues to help prevent crimes with Vega. The main goal and consequently, plot, of the series is made clear in the pilot episode: do not let anyone know about Dash’s highly sought-after power. The TV show fails where the movie succeeds; FOX’s series lacks chemistry between its two main characters and is reminiscent of many other futuristic dystopian dramas. There is a focus on the government’s point of view regarding the pros and cons of spying on its citizens, rather than a moral analysis of the issues with said surveillance.

The show, however, is not without its redeeming points. Morbid fortune-telling, uber-modern technology and space to delve into the ethics of preemptively stopping crime could give “Minority Report” potential enough to evolve into a stimulating, original series.

Bradley Cooper’s movie “Limitless” revolves around a drug called NZT that allows its user to utilize greater portions of his or her brain, thereby heightening intelligence. The benefit is that there have been no reported side effects. This movie ends with the message that it is okay to take brain-enhancing drugs as long as one is not a bad guy, a sentiment that carries over to CBS’ new TV series of the same name.

Jake McDorman stars as Brian Finch, who uses NZT so he can easily solve crimes for the FBI alongside Jennifer Carpenter and Hill Harper. Bradley Cooper reprises his film role as Senator Edward Mora. The show has a terrible message — and its dialogue is less scintillating than a Kardashian’s internal monologue; however, with its potential for the uncommon exploration of NZT’s effects and implications, Limitless could very well live up to its name.