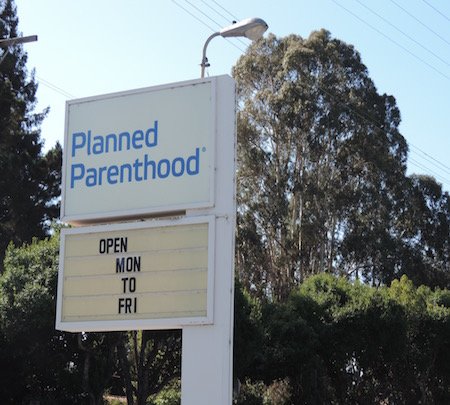 Planned Parenthood, a company dedicated towards providing assistance to pregnant women and mothers, is under investigation for selling fetus body parts for a large profit.

America’s leading public women’s healthcare provider is under fire for their methods of allocating taxpayer funds, after undercover videos were released and brought to national attention, leading to Planned Parenthood President Cecile Richards’ questioning during a House Oversight and Government Reform Committee hearing on Sept. 29.

Whether valid or not, allegations about Planned Parenthood selling fetal body parts for research and for their own profit has caused an uproar and discontent, ranging from those in  state governments to those in the House of Representatives.

At the Republican Presidential candidate debate on Sept. 29, the only female GOP candidate, Carly Fiorina, managed to bring abortion to the top of national headlines.

“Watch a fully formed fetus on the table, its heart beating, its legs kicking while someone says we will have to keep it alive to harvest its brain,” Fiorina said.

The series of videos Fiorina was referring to were released recently by a conservative anti-abortion group called the Center for Medical Progress. They show medical officials speaking in graphic detail about aborted fetuses and how their tissue may be used. According to The Atlantic, the idea here is that the “ick” factor may be able to change minds on the issue.

When media outlets asked about details of the video, Fiorina maintained a confident demeanor about their validity and existence. Although, the scene she referred to does exist, the audio in the video was transferred from elsewhere.

Ultimately,  no full-length unedited film content has been found, discrediting Fiorina. It is also unknown whether the scenes are from abortions or miscarriages, as well as whether the video is from inside a Planned Parenthood from another health clinic.

Palo Alto High School senior Cameron Huard identifies as a conservative, and believes that people have to decide for themselves whether a fetus is indeed a form of “life.”

“Although I agree with Fiorina’s stance on evidence, I thought her accusations about the video were baseless and the evidence to her claims were sketchy at best,” Huard said.

As there is significant evidence that Planned Parenthood does send viable fetal parts for medical research, the question at hand is how large their profit margin is. Through analysis of the (mostly) unedited videos, where undercover journalists spoke to doctors about donating tissue to a biotech firm, the monetary numbers brought up ranged from $30 to $100 per specimen.

“This is not a debate about abortion or even non-abortion, pro-life or pro-abortion,” Republican Rep. Sean Duffy said on the House floor. “Those who are even pro-abortion agree that these tactics are unacceptable. They have no place in our society, and that federal tax dollars should actually go to fund an institution that harvests baby body parts for sale is absolutely asinine.”

Sherilyn Sawyer, a biotech expert at Harvard University, believes that the money made during the transactions is merely used as reimbursement, rather than hefty profits.

“In reality, $30-100 probably constitutes a loss for [Planned Parenthood]. The costs associated with collection, processing, storage, and inventory and records management for specimens are very high,” Sawyer said.

According to FactCheck, abortions represent 3 percent of total services provided by Planned Parenthood, with the other 97 percent going to contraception and testing for sexually transmitted diseases and cancer.

On Sept. 29, the House passed a bill that would allow  states to withhold Medicaid funding to health groups that perform abortions.

“Public dollars should not fund controversial practices that a considerable percentage of Americans disagree with, especially considering the issue’s religious significance,” Huard said.  “In addition, Planned Parenthood generates hundreds of millions of dollars in income per year, and also has hundreds of millions in assets. Not only do they not deserve federal funding, they do not deserve it.”