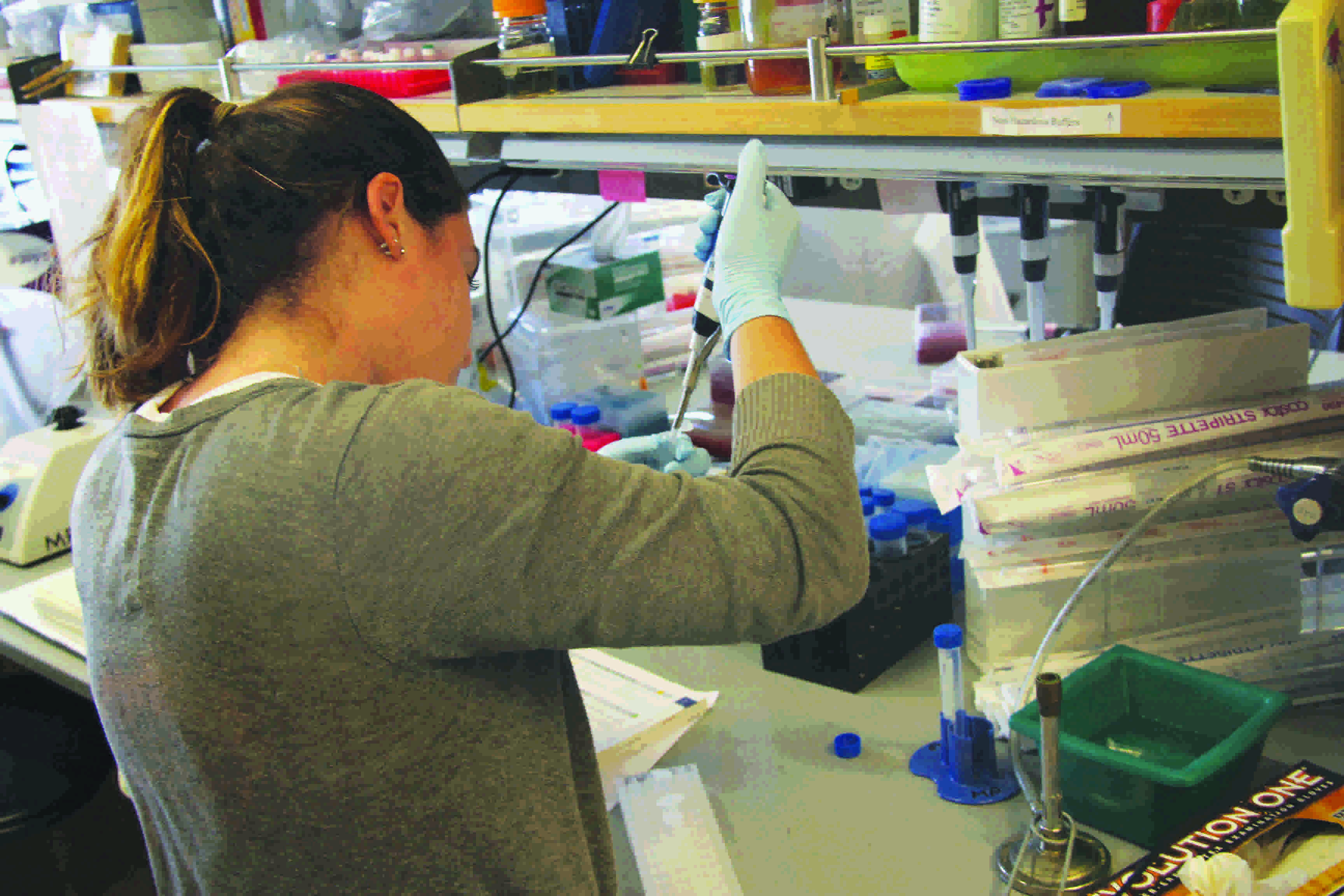 The original research-based class, SRP, was the inspiration for the new AAR program.

Ethan Teo
News
October 12, 2015
The Advanced Authentic Research (AAR) program will be launched in the Palo Alto Unified School District (PAUSD) this year, accepting approximately 45 students out of about 150 student applicants from both Palo Alto High School and Henry M. Gunn High School into the program.

The new program, which is similar to Paly’s Science Research Projects (SRP) course, allows students to conduct independent research projects. While both AAR and SRP emphasize a style of education called “project-based learning,” AAR extends to subjects outside of science.

“We [took] applications for students who have a topic that they really want to research in depth, be it in the sciences, the social sciences, the arts or the humanities, and we [will] match these students with an off-campus mentor,” PAUSD Superintendent Max McGee said.

Unlike SRP, AAR is not a course that can be taken on campus, but is rather an extracurricular activity that requires approximately three hours of work per week. Despite being an off campus course, AAR will still count for 10 Career Technical Education credits. Next year, according to McGee, the program may be incorporated into the school’s curriculum as a 7th period class at Paly.

The program was founded with the intention of promoting self-exploration by giving students access to an authentic research process. Jeong Choe, the AAR program coordinator, believes that the real world applicability that programs such as AAR offer is an important facet to a successful education.

“Oftentimes, you’ll learn about things without knowing their implications,” Choe said. “Students need the opportunity to integrate knowledge and start making connections with their prior knowledge. I think it’s really important in education to have time to reflect and understand real life applications.”

Besides giving students tools to thrive in the real world, AAR also focuses on allowing students to pursue their individual interests, which McGee sees as a crucial aspect of learning.

“The biggest benefit is that students are going to learn about a topic that deeply matters to them, and that they will have something more to show for it rather than just a grade,” McGee said.

Some argue that the traditional classroom setting does not always provide the hands-on opportunities that AAR is more geared towards, leading many students to sign up for the program.

“Classes at school don’t give much opportunity to explore, but AAR will give resources and tools to help out with that,” sophomore Andrew Shieh, an AAR applicant, said.

Choe also recognizes that project-based learning courses are unique in its ability to reach out to students who may not have the ability to excel in a conventionally structured school system.

“Even for the students who [were] not very engaged in school, they were able to really excel [with project-based learning],” Choe said. “They were motivated to learn when we [provided] them with more real life application and put them in a more natural context of learning.”

Therefore, the selection process will not be based on academic achievement, but more dependent on applicants’ essays, which ask students to describe their personal interests and passions for the subjects that they chose on their application.

“Students will be chosen if they have a real sense of purpose about this and are very clear about what they want to do,” McGee said.

So students really need to have some sense of maturity and ability to work independently.”

Despite the rationale of those involved in the AAR, the program has received backlash from the Palo Alto community, most notably on the comment thread on Palo Alto Online’s most recent AAR article. Many responses point out that the selection is done through an application rather than a lottery, and view the selection method as a slippery slope to excluding those who do not already perform well in school. However, McGee cited a few issues with a lottery system for accepting applicants.

“It’s not going to be merit based, but it is application based,” McGee said. “We probably will end up doing some lottery. But what we want to do is make sure that we don’t have just science projects or just social science projects, and that’s the problem with a lottery. We want a broad range of projects.”

With many variables to take into consideration, the selection process has not at all been easy for Choe and other teachers on the AAR board. AAR has started matching students since October 1 and hopes to finish the lengthy process by October 15, although there is no definite date.

“We look at a lot of things,” Choe said. “There is the schedule to consider. We are also trying to accommodate seniors first, since they will be graduating sooner and may have less opportunity to join such a program in the future. Essays are also taken into consideration. Lastly, we want to try and balance the numbers between Paly and Gunn students.”

If successful, the program could grow to become very large in future years. SRP has become a popular course among juniors and seniors, and AAR could take a similar path. However, Choe is looking to emphasize quality over quantity.

“Size is not something we are really concerned about,” Choe said. “We want to provide a place for students to discover themselves through research. So if there’s a high demand, then that’s something that we would like to provide.”