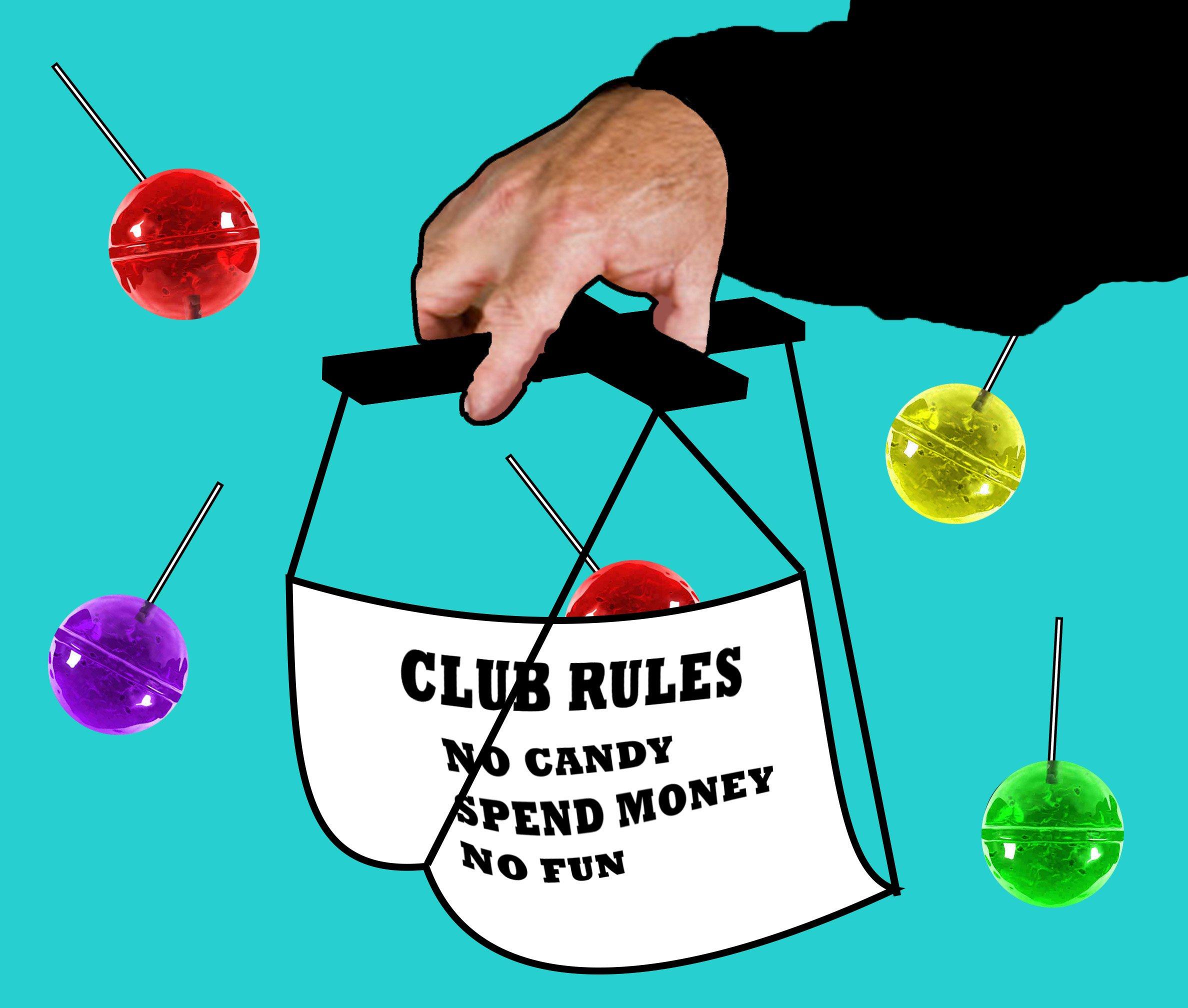 Strict club rules ranging from restrictions on food served to the percentage of budget spent per semester are now being enforced.

Madeline McCluskey
Opinion
October 12, 2015
As each year goes on, the restrictions on clubs have been increasingly strict. These rules create a situation in which it becomes nearly pointless to be a club at Palo Alto High School, and almost better to be an independent body that is not affiliated with the school.

Many assume these rules are created by Paly’s Associated Student Body (ASB), but ASB is not to blame. Palo Alto Unified School District (PAUSD) consults state and federal laws about school organizations and interprets them to be as strict as possible.

“The district has a policy of choosing whichever law [regarding clubs] is more restrictive,” ASB advisor Matthew Hall said.

It should be up to the students to determine what the reasonable regulations on their own organizations should be. It should not be the school’s decision which rules are placed upon clubs and enforced.

“The oppressive rules were not created by ASB. They were created by politicians in conjunction with businessmen,” Hall said. “[The rules] come from the food corporations that sell food to the schools.”

The reasoning behind the legislation is that the huge food corporations believe that if clubs are allowed to sell food for fundraisers, the clubs will be destroying the company’s monopoly on food sales to schools. If the students are buying food from clubs and fundraisers, they are not buying it from the companies. Therefore, if the companies lobby to place higher restrictions on food sales by clubs, students will not be able to sell food that is their specific brand or from their company. [pullquote speaker=”” photo=”” align=”left” background=”on” border=”all” shadow=”on”]While ASB does not want to punish clubs, it is forced to because ASB falls under the school district which has chosen the further restrictions.[/pullquote]

Or, on Club Day for example, clubs will not be able to hand out food and students will have to go to the Student Center to buy food rather than relying on food given out by clubs.

On Club Day, clubs have traditionally been allowed to hand out free candy to those who sign up for their club in order to recruit more members. This year, however, the tradition was brought to an abrupt halt. Outrageous calorie constraints are now being strictly enforced by PAUSD.

Furthermore, clubs are being forced to calculate the percentage of calories coming from the food content they serve, such as total fat, saturated fat and sugar. These numbers then have to be reported to ASB, and if they exceed the allotted amount of calories  allowed by PAUSD, the club cannot serve this food. It is a waste of time for a club to have to calculate such insignificant numbers when the club has much better things to do, such as plan events for students or the school.

If broken, the rules created by the school district have severe consequences, including the immediate halt on all sales of food or other products by the club, loss of all profit or even loss of club status for a whole year. The extremity of these repercussions is immoral and demeaning. A club should not be penalized for breaking trivial rules stating that there may not be any bake sales and that all minutes must be recorded and reported to ASB, for example.

ASB tries to support clubs as much as possible, but students all have to follow the district’s restrictions. Meaning that, while ASB does not want to punish clubs, it is forced to because ASB falls under the school district which has chosen the further restrictions.

“We [ASB] try to do the best we can to please both the people below us and the people above us,” Hall said.

This state law is pointless and destructive to clubs. In order to follow the rule, clubs end up spending money on things that they do not need or may not even want.

An additional outlandish mandate by the district includes the requirement to have the club’s advisor present at all meetings, even those outside of school. While in school, advisors are required to be present because of liability reasons, but on the weekends, not during school hours, if an advisor is busy, the club is not allowed to meet and put its meeting on the record.

This rule enforces a fruitless limit on students’ freedom to participate in activities outside of school. Students are limited enough during the school week and should not be held back by during their free time on the weekend.

There are not many independent bodies, but as one, groups are allowed to be affiliated with associations outside of Paly and can meet whenever they want. They can raise money, and no one other than themselves can dictate how or when they spend said money. No dietary restrictions apply to them either.

Overall, the restrictions on clubs should be severely cut down or removed. They provide no assistance to clubs, waste club and ASB time and scare away potential new clubs.