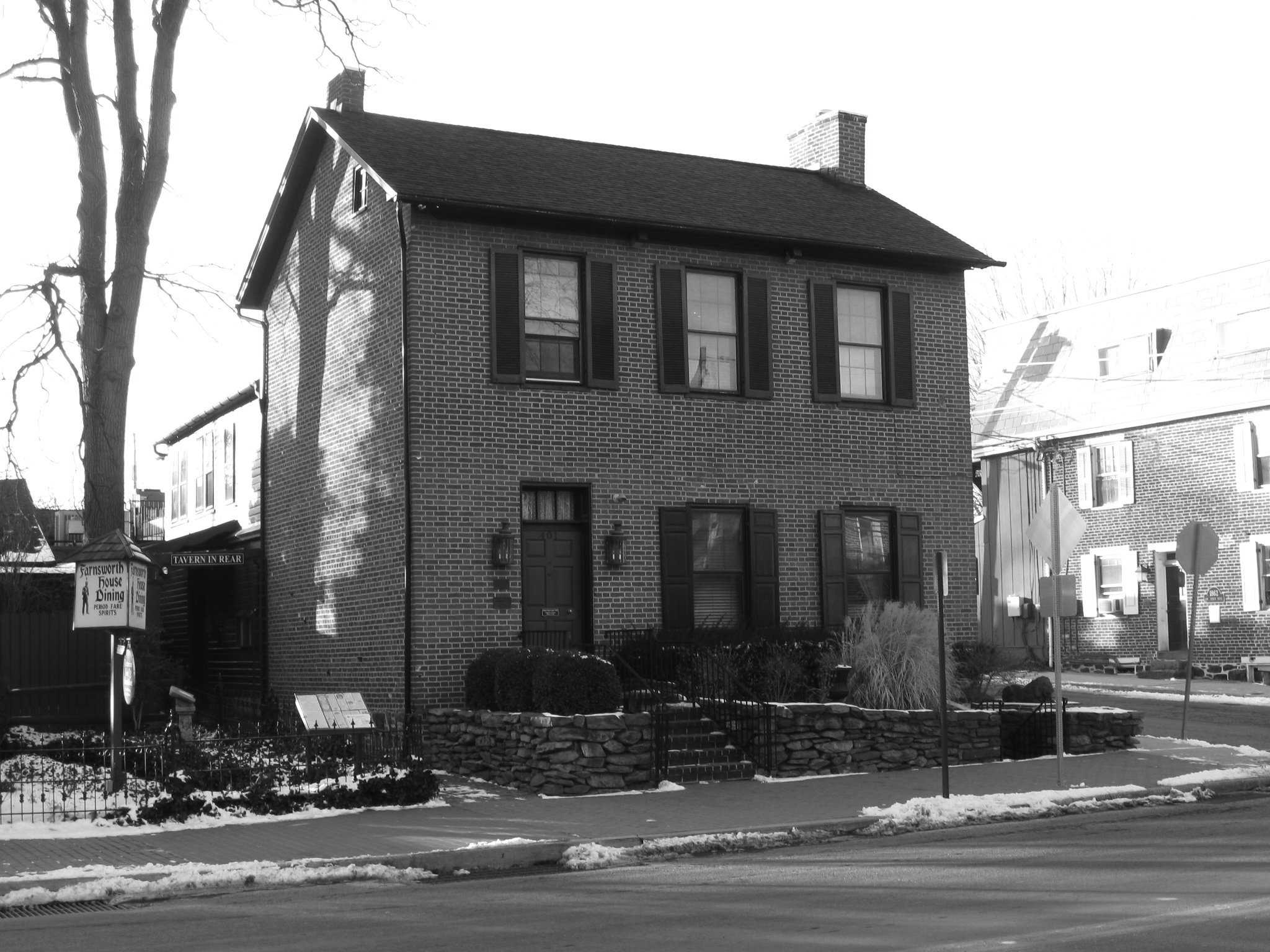 The Farnsworth house in Gettysburg, Penn. is said to be haunted. Subega stayed overnight there on one of her ghost hunting trips.

If there is something spooky going on in your neighborhood, senior Hannah Subega is the one to call. Though she is not quite a ghostbuster, Subega has devoted most of her life to researching and finding ghostly activity.

Ever since she was young, Subega has gone with her family on an annual summer ghost hunt. From then on, her interest in ghosts has only increased, and she now spends her own time researching the history behind ghosts, and how they coexist with the laws of physics.

“I think that ghost hunting for me is mostly a hobby,” Subega said. “It’s something that’s just interesting to me that I like doing, and it means a lot to me since I’ve grown up with it.”

Subega’s passion for ghost hunting started at age six, when her mother took her family to the Ivy House Inn in Casper, Wyom. Not long after, her mother’s hobby was passed down to Subega herself. Her mother is particularly interested in the Civil War, which has led the family to explore many houses on the East Coast that are said to be haunted by ghosts and spirits from the Civil War era.

When Subega goes ghost hunting, she does not simply wander through streets expecting to come across something ghost-like. Instead, she does her research on the plausible locations of ghosts. Every time she and her family have gone ghost hunting, she finds houses that are haunted and , if permitted, will stay the night in the houses she has found.

Subega’s most memorable ghost hunting experience took place while she was staying at the Farnsworth house in Gettysburg, Penn., which is infamous for being haunted.

“My dad and I were staying at the Farnsworth house while my mom and brother were looking at museums,” Subega said. “About half an hour after they left, my dad and I heard footsteps in the attic and around the same time that the footsteps started, we heard this really loud thunder that was shaking the room.”

At first Subega and her father were not concerned with the storm because they are common on the East Coast and were more interested in the footsteps. However, the storm soon became the most interesting part about the situation.

“So the storm went on and off for three hours and then my mom and brother came back,” Subega said. “We asked them ‘How did you avoid that storm?’ and they were like ‘What storm? It’s been completely still all night.’ My dad and I had both felt it and heard it and we really didn’t know how the house could have been rigged in such a way where you could feel this. So my family and I think that it could have been cannon fire from the Civil War,” Subega said.

[pullquote speaker=”Hannah Subega, Senior” photo=”” align=”left” background=”on” border=”all” shadow=”on”]What intrigues me the most I guess is just the fact that it’s a pseudoscience — it’s not disproven that ghosts exist but it’s not proven that they do either. [/pullquote]

Subega, however, takes a particularly interesting approach on how she views ghosts. She knows there most likely will never be conclusive proof that ghosts exist, but accepts that and continues to hunt them anyways.

“I think what intrigues me the most I guess is just the fact that it’s a pseudoscience — it’s not disproven that ghosts exist but it’s not proven that they do either,” Subega said. “It’s sort of something that you can explore, and you will never truly know the answer … To think that some sort of other realm exists, that makes everything more meaningful to me.”

Even with all the excitement and “unknowns” surrounding ghost hunting, collecting research and trying to find clues that may suggest proof of ghosts are not Subega’s favorite part about the whole experience.

“The most rewarding part of going on these adventures is meeting people who are interested in the same thing,” Subega said. “I think it’s refreshing to see someone that will open their mind to [ghost hunting] and has stories that they can share.”

This is partially due to the fact that Subega cannot share her interest in ghosts with most of the people she normally interacts with on a day to day basis.

“A lot of even my closest friends or people that I admire don’t seem to open up their minds to the idea of ghosts,” Subega said. “I think there is this stigma around ghost hunting that it’s so weird … I wish a lot of people were just more open minded to the whole concept. [Ghost hunters] aren’t necessarily crazy and they’re not always trying to prove anything either.”

Now, Subega has started a blog, called “Mission: Apparition,” about her ghost hunting experiences. She blogs about her personal experiences, the history of the houses she visits, how ghost activity could connect to science and how different cultures view ghosts and life after death.

“I started my blog last year, when I was a junior,” Subega said. “I started because I was really interested in [ghost hunting], but I figured it would be a good way to represent this other side of me to colleges when I apply.”

Subega plans to continue ghost hunting once she goes to college, since it has been a big part of her life.

“I plan to go to college on the East Coast, and there’s a lot of history there including Civil War history,” Subega said.

From looks alone, no one would ever guess that Subega is a ghost hunter, but this is something that has been a part of her identity for over 11 years. This unique trait has taught her extremely valuable lessons and has shaped who she is today.

“Above all, ghosts have taught me that I won’t know the truth, and it’s important to keep an open mind about all belief systems,” Subega said.