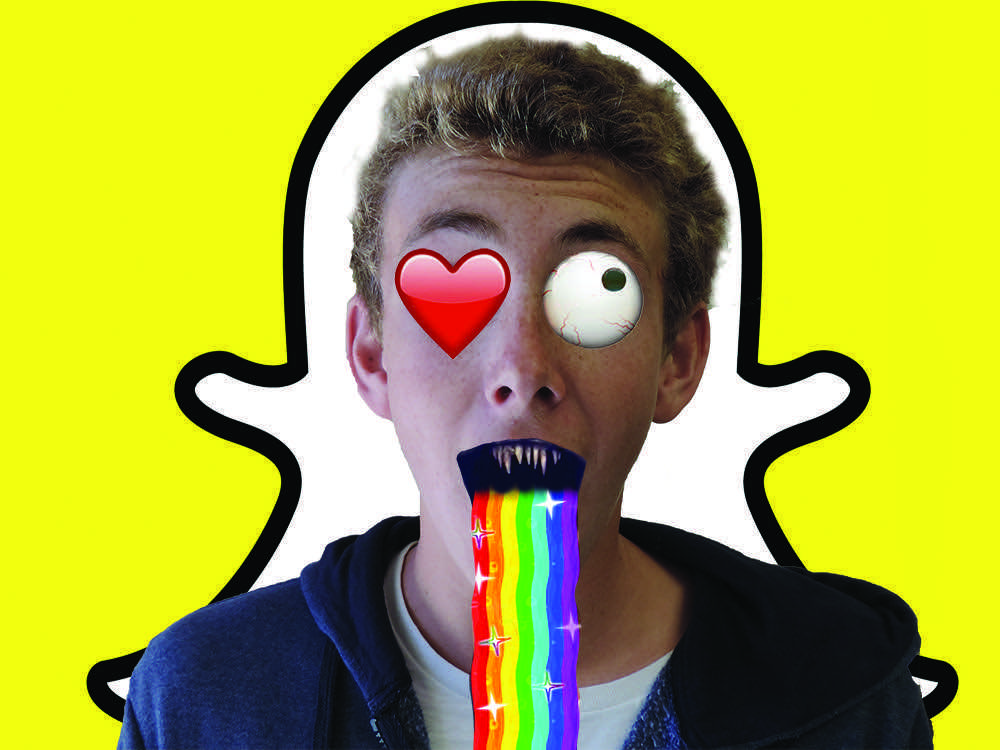 The Wonders of Snapchat

If you think about it, Snapchat is kind of a weird concept. Instead of calling someone or texting them, you send them a picture that expires after a set amount of seconds. There is always that one person who sends 10-second snaps of completely irrelevant things, or makes a Snapchat feature film on their story of them holding every illegal substance consumed throughout the night. I don’t add someone on Snapchat to get a live feed of what he or she is doing on a Saturday night, while I am stuck taking APUSH notes.

The tech world is filled with stereotypical Snapchats that people send. For example, “The Female Gym Goer,” who posts the picture of her wearing yoga pants and a sports bra holding up 5-pound weights, just to let every know she is getting swole AF. I mean I’m not one to complain when I see these types of pictures ;), unless of course it’s one of my guy friends wearing that attire — though there is nothing wrong if you do like to see your guy friends wearing that, it’s just not my thing.

Snapchat has only added to possible snaps that people can send with its new facial recognition update. I was first familiarized with the update in Physics, when I received a picture of someone trying to do the “love struck” filter, in which your eyes turn to hearts. The only problem with this person was his massive nostrils, so instead of having heart eyes, he had heart nostrils. After seeing that, I immediately wanted to know how to give myself heart nostrils. I mean, what person doesn’t want to receive a picture of me with some giant-ass heart nostrils?

Still having no idea how to do this to myself, the lunch bell rang, and I left class and headed for the quad — where all the cool kids eat. As I walked through campus, I saw a bunch of people staring at their phones and opening their mouths as wide as possible, which was kind of a weird thing (I still hadn’t discovered the “rainbow throw up” filter).

Finally, after talking to people on the quad, I came to understand that I needed to update Snapchat in order to take a picture of myself with heart nostrils. I was somewhat afraid to update the app since the last time I updated Snapchat, I began to see all different types of emojis next to people’s names who I had recently Snapchatted. And to this day, I still have no idea what they mean except for the fact that if you Snapchat someone consecutively for a certain amount of days, a number appears followed by some of these mysterious emojis.

Now that I have updated Snapchat, I am able to send some of my own stereotypical Snapchats of me sitting on my couch looking like a 98 year-old man, vomiting a rainbow or looking like a character out of Insidious. So now you know that anytime you see me with my mouth wide open, I am not reacting to some nudes I just received, but rather preparing to take a picture of myself with some mean-looking heart nostrils.