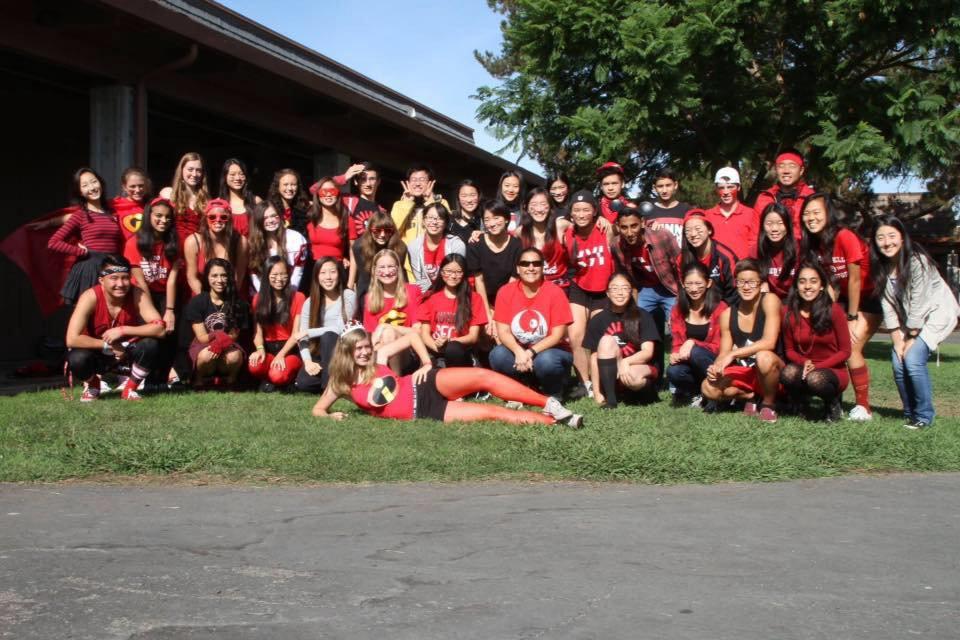 Kai Oda
News
November 20, 2015
Henry M. Gunn High School’s newspaper, The Oracle, is seeking to generate positive conversation around mental health through an online series called “Changing the Narrative.” The first article written in the series was published by Gunn senior Lisa Hao on Oct. 27, and describing with Hao her perseverance through her journey dealing with depression.

“Changing the Narrative” is The Oracle’s response to recent negative content regarding mental health. The series also promotes discussion around sensitive topics such as emotional vulnerability and the acceptance of mistakes.

The Oracle’s new series focuses on stories of recovery by students who faced emotional challenges and overcame them.

“There is a lot of negative stigma about what Palo Alto schools are doing to help students deal with academic stress,” Hao said. “Although there has been more open discussion about student mental health, it’s always been about how bad it is.”

The idea for “Changing the Narrative” began when Shawna Chen, The Oracle’s Editor-in-Chief, and Kristy Blackburn, The Oracle’s advisor, attended a meeting hosted by the Palo Alto Medical Foundation. The meeting addressed the way that the media occasionally publishes “sensational” stories that glorify suicide incidents and can lead to suicide clusters — where one suicide causes other students to take their lives as well. However, the meeting also addressed the benefit of proper media coverage regarding suicides.

“When the media writes positive stories of hope and overcoming struggles, there tends to be a decrease in the likelihood of suicide clusters,” Chen said. “This is what started [Changing the Narrative].”

Chen pitched the idea for the series to the writers at The Oracle, and the publication agreed as a whole to change the type of conversation surrounding various facets of emotional trauma.
“We decided that even if it was painful, [mental health and emotional vulnerability] are things that needed to be talked about,” Chen said. “To know that you are not alone in struggling with a mental illness is important.”

“I remember that when I was really depressed, I did not like reading other people’s stories of recovery because I felt that I was stuck, and I couldn’t identify with someone that made it out,” Hao said.

To solve this problem, Chen decided to make “Changing the Narrative” an online-only series. This gives students the choice to click on the article instead of accidentally stumbling upon it in the newspaper.

Chen and the writers who contribute content to “Changing the Narrative” exercise caution in their writing so as to not be sensational. They work closely with on-campus mental health advisors as well as outreach programs like the Reach Out Care Group (ROCK). Chen intends to expand the series to cover more topics in the future, such as dealing with failure and raising self-esteem.
The point of “Changing the Narrative” is not to draw more attention to mental illness, but rather to provide a resource for students in need. It strives to achieve this by establishing personal connections between the writer and the reader. Chen believes that a connection between the two parties leads to greater understanding about a complex topic like depression or self-esteem.
“The power to relate: across the screen, across the paper and feeling what the author was feeling at the time is moving,” Chen said. “I want [students] to be able to read these stories and realize that it is human nature to make mistakes and have weaknesses, and that it is okay to talk about it.”

The Oracle wants to expand “Changing the Narrative” beyond the confines of the publication and its staff.

The second article in the series, written on Nov. 9 by Rachel Congress, a Gunn math teacher, described her divorce from an alcoholic husband, the subsequent apathetic treatment she received from her friends and her recovery process. In the future, a myriad of both staff and students may write for “Changing the Narrative” to spread their stories of hope to those who need it.
“For its good and bad, I love my school,” Chen said. “I love my class, and my peers, and my friends and all the memories I have made here. We need to be able to talk about challenges and grow and overcome them together. I hope [Changing the Narrative] is a step for that.”

To view more from Changing the Narrative, click here.