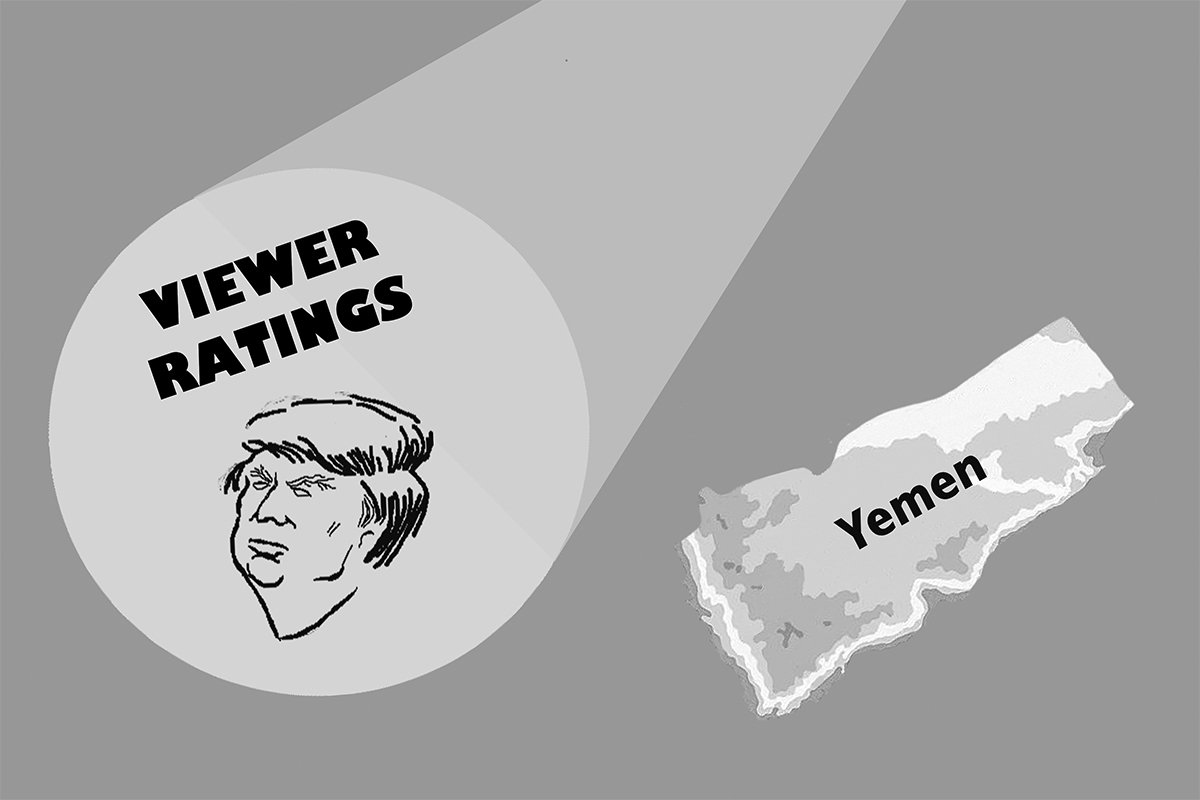 In the 2011 blockbuster “Salmon Fishing in the Yemen,” a fisheries expert is brought to Yemen to realize a local Sheik’s dream of bringing fly-fishing to Yemen. The film grossed $34 million at the box office. However, as far as the general public is concerned, that is all the public knows of Yemen. But there is much more to Yemen than simply fish. The current conflict in Yemen gets minimal coverage from western media and, unless the government takes action, it looks like it will be staying that way.

Right now in Yemen, a Middle Eastern nation lying on the southwestern coast of the Arabian Peninsula, there is a civil war. The Shia (one of two sects of Islam, the other being the Sunnis) Houthis, a Yemeni rebel group, have taken power in the north of the country. While the Sunni majority continues to rule, it has to consult the Houthi minority on every action and regularly comes into conflict with them. The anti-Houthi ruling majority are heavily backed by the predominantly Sunni Saudi Arabian monarchy. The whole situation serves as the perfect microcosm of the conflict in the Middle East.

[pullquote speaker=”” photo=”” align=”left” background=”on” border=”all” shadow=”on”]Just because specific issues do not affect a particular nation does not mean that the nation cannot take valuable lessons from that specific issue.[/pullquote]

Here is the problem: to find out the complete story, one has to find an article from Al Jazeera’s English web page in January of this year. However, the conflict has continued to escalate as Saudi Arabia has slowly involved itself more in the country. Just recently, the Saudi-led coalition backing the current Sunni majority announced it would be entering into the final stage of its Yemeni operation to fight off the Houthis. The Western media failed to cover this incredibly important development in the conflict.

There are two likely reasons for this, the first being that the conflict is too complicated because it not only involves conflicting factions within Islam, but further conflict within those factions (for example, there is a difference between the Houthi Shias and the non-Houthi Shias). The second reason, and probably the one that is more likely, is that as the United States is not in some way involved in the conflict, the western media feels it has no need to cover this story.

This is wrong. The primary duty of the media is to inform the general populus on subjects that are of utmost importance. While it is understandable that the media has to discriminate between smaller issues that are not relevant to a specific area, larger issues should be discussed worldwide. Just because specific issues do not affect a particular nation does not mean that the nation cannot take valuable lessons from that specific issue.

Let’s look back at the Yemeni conflict, what lessons are there to learn from it for the United States? Well, for starters, it provides the perfect case study of the constant battle between the Sunnis and the Houthi Shias for control of the religion as a whole: a conflict that might one day translate in a smaller form to the U.S. as the number of American Muslims increases. We could take valuable lessons from the results of the actions taken by both sides in the conflict and learn how to resolve issues if and when they show up within America’s borders.

However, at the end of the day, it is unlikely that any of the conflict will be covered. The current state of media is a sorry one, dictated by viewing figures rather than the relevance of the news itself. Companies like the National Broadcasting Company and the Columbia Broadcasting System are far more interested in stopping their diminishing returns as news consumption shifts online, than they are in actually providing important news to the part of the population that still watches the news on television.

There is a relatively straightforward solution to all of this: nationalize at least a part of the media industry and fund it with a small media tax on all the devices used for consumption of media. The best example of this format working is in the United Kingdom, where the British Broadcasting Company (BBC) is funded by a television license fee for households that have some device that receives a signal. The BBC, without having to worry about catering to any bias from funders, has established itself as one of the world’s most reliable news sources. While other major news corporations might still exist, providing their own perspectives on current topics (Fox News, if it could end its yellow journalistic tactics and get back to actual conservative news reporting, would serve as a powerful counterweight), at least there would be one source for the public that was not bound by financial requirements and was simply there to provide the United States population with a reliable source of information.

[pullquote speaker=”” photo=”” align=”right” background=”on” border=”all” shadow=”on”]The current state of media is a sorry one dictated by viewing figures rather than the relevance of the news itself. [/pullquote]

While National Public Radio has done an excellent job of informing the U.S. populus, great strides still need to be taken to ensure that the U.S. population remains informed on everything happening in the world today.