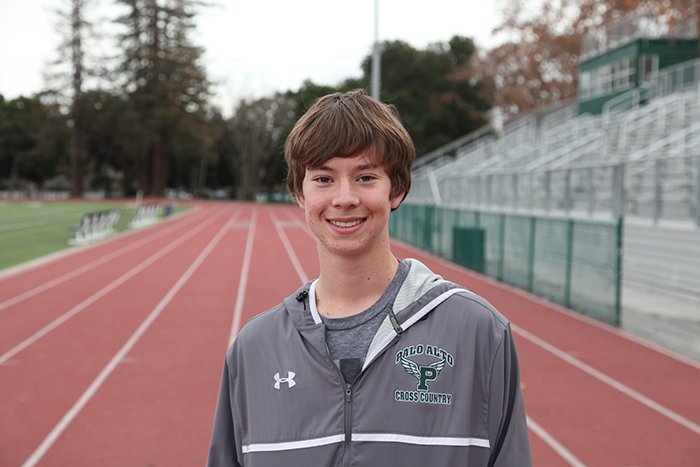 Henry Saul is a prodigal freshman cross country runner who holds multiple course records and brings life and young talent to the team.

The Campanile: So to start off, how did you feel about being a freshman on the varsity cross country team and being one of the fastest people on it?

Henry Saul: I mean it was weird because when you start running, nobody really knows what level everyone’s at. So I was trying to run with a lot of the faster people, but they thought I was one of the really stuck- up freshman that was like “I’m better then all of you,” or that freshman that was really not that fast and trying to train with them. But then after the first race I think they all began to gain some respect and that helped.

TC: So you were around lots of older kids, lots of older women and I have some inside information telling me that you kissed a woman at Disneyland, could you please elaborate on this?

HS: When I was about, honestly like five years old, I enjoyed and liked lots of Disney princesses I guess. They thought I was a cute little child.

TC: That’s great. Also your brother Nathan has recently become an icon in the Paly community, would you say you could beat him in a fight?

HS: Well,  I think that in a fight it would come down to the fact that I would fight him and if he got the upper hand, I would run away and then I would try and fight him again. So I think eventually I would be able to win, and if I had a weapon like a small baseball bat, which I have had before, then I could take him. But it matters depending on the circumstances.

TC: So according to the record books, last time you fought, you were actually hospitalized, can you elaborate?

HS: That was not the last time we fought but, there was one time he sent me to the plastic surgeon, that was interesting.

TC: So, do you train a lot with your dog for cross country?

HS: I think Mojo is such an amazing athlete. He is a bit outside everyone’s skill level, I mean I don’t think even Usain Bolt would train with him, he has such good turnovers that it’s just not possible.