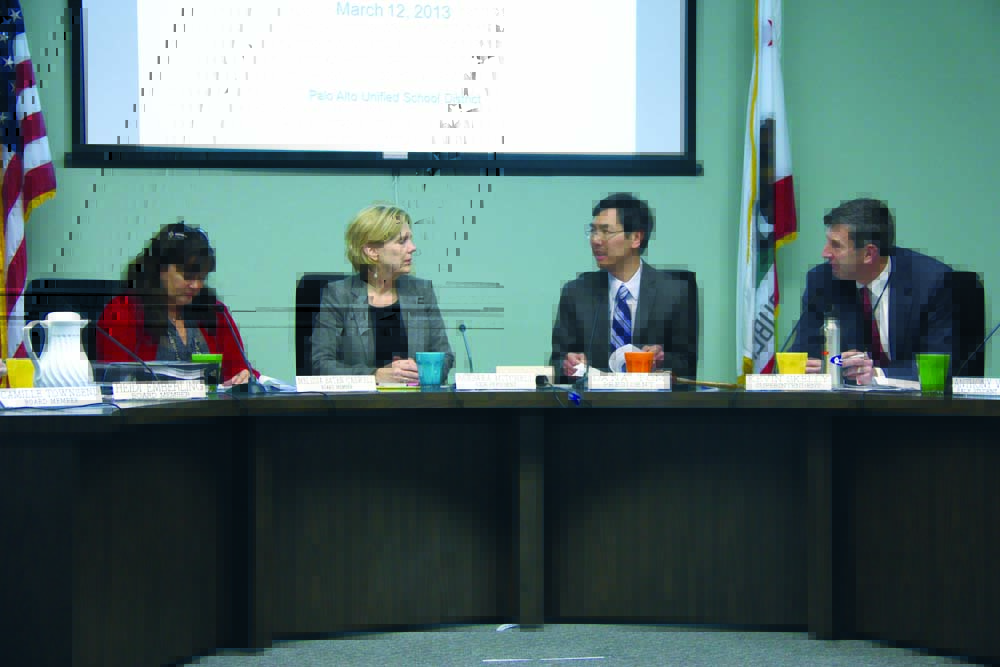 Arecent board meeting was held on November 17 to discuss goals that had been established during the 2013-2014 school year for each middle school within the Palo Alto Unified School District (PAUSD). The overall theme that PAUSD had hoped to achieve by June 2015, the end of the previous school year, was to “create an exceptional learning environment that engages, challenges and supports all students so that they thrive and achieve their academic potential every year.”

At the board meeting, previously made goals for Jordan were assessed. The first was to improve the curricular system and instructional practices so that every student would be challenged. This would be accomplished if Jordan could reduce the number of students performing below a “C”-average. During the 2013-14 school year, there were 58 students from both sixth and seventh grade performing below “C” level work (25 sixth graders and 33 seventh graders). While following these same students, the number of them performing below C level work actually increased from 58 to 72 students.

Another one of the objectives was to increase the number of co-taught classrooms from 18 to 20 by the end of the of the 2015-16 school year.  According to PAUSD, “co-teaching is a specific instructional strategy where two or more teachers deliver instruction  in the same class, at the same time.”

To date, the number of these classrooms decreased to 16. This is because there was special education reform occurring during this same time period.

Staff at Terman set out to reduce the number of students consistently turning in below “C” level work in their classes as well.

By the end of the second semester, Terman had achieved each of these desired goals.

Terman additionally attempted to create a safer learning environment for its students. Progress for this goal was tracked throughout the school year by a questionnaire that was directed towards how safe students felt on campus.

Several attempts were made in order to increase the number of positive responses to the questionnaire, however only one category saw the required 3 percent increase.

One question used to measure progress in this category asked Terman students if they felt that they mattered at the school. Another asked students the number of adults on campus they felt comfortable discussing such matters with.

Terman, overall, accomplished what its goals were or at least came very close, based on the final results.

In order to improve the curriculum at JLS, staff focused on students’ abilities to study and prepare for tests.

A survey of students was taken annually from 2012-15, with one question — “What problem, if any, tend to cause the most homework problems?” Studying for tests as the main cause of homework problems saw a drastic decrease from 42.60 percent in 2012 to 31.63 percent in 2015, and assignments that required  teamwork as a major cause of problems with homework saw a significant decrease from 33.60 percent to 24.42 percent.

JLS also attempted to “create, produce and distribute a writing handbook for all staff and students to utilize as a resource in all content areas when writing is assigned.” The writing department agreed to administer common writing assignments throughout classes. Teachers were also confined to the handbook when grading papers.

In order to test results, teachers were required to assign the same assignments for consecutive years across all classes.

The board meeting ended with a final report that stated, “English teachers have utilized this benchmark assessment as a way to review and reflect on their writing instruction.”