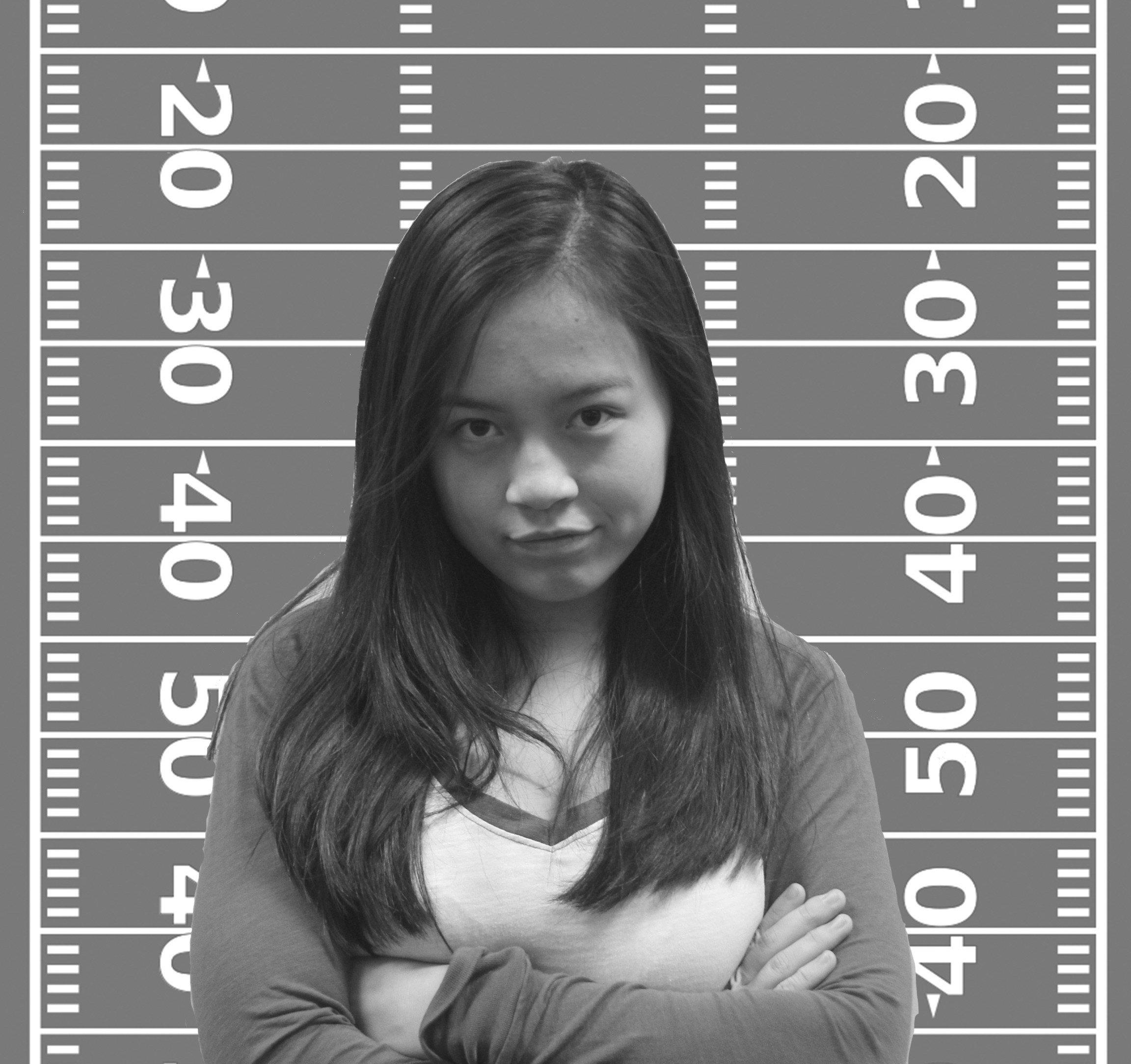 I have always known that Fantasy Football was a thing, I just never decided to participate, despite the constant chatter that surrounded it. My excuse for neglecting to tap into my sportier side was that I’ve always thought Fantasy Football was pointless — why does it matter when it does nothing for you in “real life?” But the truth is, I guess I just don’t understand football.

You could say it’s pretty embarrassing that I know almost nothing about football in spite of being on the Palo Alto High School cheer team for the past three years. However, I do have the basics locked down — there is a quarterback, touchdowns are  always good and I’m supposed to root for the San Francisco 49ers. As for the rest of the game, I get pretty confused.

But, I’m going to college next year (hopefully) and I will probably become a huge fan of football (BMS bound?) so I need to start learning now.

On draft day this year, I created my very own league. It was a total of two people, a loyal friend who agreed to embark on this journey with me, and myself.

After a quick search of “how to Fantasy Football draft,” the drafting process was pretty straightforward (with minor bumps in the road).

Although I read multiple articles about how friends usually draft in person, we chose to communicate over the very underrated Google Hangout in hopes that our other gal pals would have joined us as well (they didn’t).

Draft day is apparently the most exciting day of fantasy season, but it was also the most confusing. Ignore what I said earlier about how drafting was ‘straightforward’ — I was just trying to sound impressive.

Unfortunately, we did not familiarize the positions in football, which is probably what made the draft so difficult. But don’t worry, we went with what we knew.

First, there is a quarterback. Research on the internet showed that I should draft Aaron Rodgers. We weren’t sure if we actually got him or not — the timer thing was really misleading.

Second, touchdowns are good. All I know about touchdowns is watching Eli Givens run across the giant lettering of “Vikings.” This is promptly followed by the fight song of the band and the waving of pom poms with a flurry of various enthusiastic tumbling. Unfortunately, Eli was not on the roster, so we had to improvise a bit.

And lastly, I knew to root for the 49ers. The deeper I got into Fantasy Football, the more confused I got. I draft people from other teams? What if they don’t get along? Am I going against my beliefs?

It was only after draft day that I realized I was being pitted against my friend. We weren’t co-owners of a team, we were different teams fighting to win! My naivete deceived me into believing this isn’t a dog eat dog kind of place. And there I was trying to help her with my football advice (which probably hurt her more than it helped, but oh well, competition is competition).

A couple weeks fly by and in the midst of college apps, naps and loads of homework I remembered that I had a Fantasy team! Hoping it’s somewhat like Neopets where your pets never die, I have high hopes for my team and its ability. But prior to checking my stats, my friend informed me that my team wasn’t doing so well. I had to make an executive decision that some things are better left unseen. So here, my friends, is where my Fantasy Football journey comes to a close. Good luck!