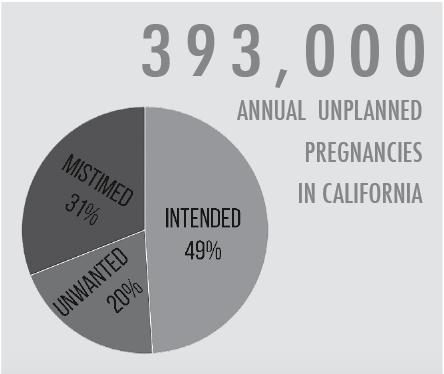 In California, 51 percent of all annual pregnancies are either unwanted or mistimed.

Anew law will go into action in California early next year, allowing women to obtain birth control pill from pharmacists over-the-counter, instead of with a doctor’s prescription. This new law will introduce a new, possibly cheaper and more convenient way for women to obtain contraceptives.

Previously, women who wished to obtain daily birth control needed to schedule an appointment with their doctors, and undergo a physical evaluation. The new law will create a more efficient way for women to get their birth control.

Now,  pharmacists will be required to give their patients a questionnaire inquiring into their medical history, before prescribing birth control. There will be no age restriction on women who wish to receive birth control over-the-counter.

It is not yet known when the law will be put into effect, as it may take time to get approval from the Food and Drug Administration. State officials are expecting the law to take effect around January 2016.

There are close to 6.6 million pregnancies annually in the United States, and around half of them are unintended, according to the Guttmacher Institute. By making it easier for women to get a hold of birth control, state officials hope to decrease the number of unintended pregnancies.

“My tenet is there should be nobody between the patient and the pill,” Dr. Mark DeFrancesco, the president of The American Congress of Obstetricians and Gynecologists, said in an interview with the New York Times.

Ideally, birth control will be less expensive once the new law is implemented, since it will no longer be a prescription drug.

However, the new law does not address insurance coverage of birth control. The Affordable Care Act does not require insurance plans to cover over-the-counter medications, which could lead to women paying high prices in order to obtain birth control pills that were previously covered by their insurance. California Democrats have introduced a bill that would require insurance coverage of over-the-counter hormonal contraceptives in an effort to lower costs.

Locally, some critique the absence of professional advice in the proposed law.

“My concern with the law is that … if [women] are not getting adequate health care, and they are just taking the pills [without seeing a doctor” that it could be more detrimental to them,” Letitia Burton, a Palo Alto High School Living Skills teacher, said. “I feel like women need to have a relationship with a healthcare professional for their health and safety.”

Oregon passed a very similar law in June 2015, but women in Oregon must be 18 or older to get their birth control from pharmacies. In Oregon, women under the age of 18 will be required to have their first contraceptive prescription from a doctor. Pharmacists in Oregon will also have to receive more training on prescribing birth control than pharmacists in California.

California will be the first state in the country to allow women to obtain birth control without prescriptions. Oregon will be the second state.