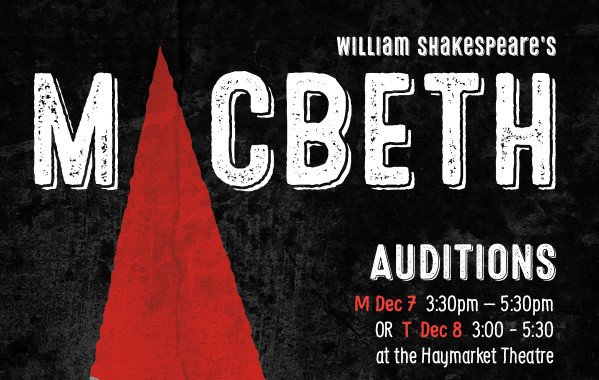 Paly Theatre produces a Shakespeare play every other year, usually during the spring. With the Haymarket Theater closing at the end of the school year, Macbeth will be Paly’s final main stage production in the theater. The performances will be held in February and March.

“It is traditional to close a theater with Macbeth,” Paly Theatre’s Department Director Kathleen Woods said.

Woods is setting the play in a modern context. She is excited to see how the concept unfolds and to work closely with students to see how they add ideas in the process.

“Working with Shakespeare is always enriching, and I always look forward to getting to know his plays and characters more deeply while watching students and audience members fall in love with this type of theater,” Woods said.

However, the project’s success will not come without some difficulties. Woods predicts that Shakespeare’s language will be challenging for both students and audience members, and is something the program will spend time perfecting.

Paly Theatre has a very busy schedule set for the upcoming semester. After “Macbeth” closes, students will attend California Youth in Theatre Day in Sacramento, the California State Thespian Festival in Ontario, Calif. and the Ashland Oregon Shakespeare Festival, where they will participate in a range of activities to enhance their abilities.

Students will also be writing plays as part of the TheatreWorks Young Playwrights Project and as part of the “Play in a Day” event at the beginning of winter break. They will also create the annual student-produced One Acts. In May, all theater students will produce a final showcase honoring the Haymarket Theater.