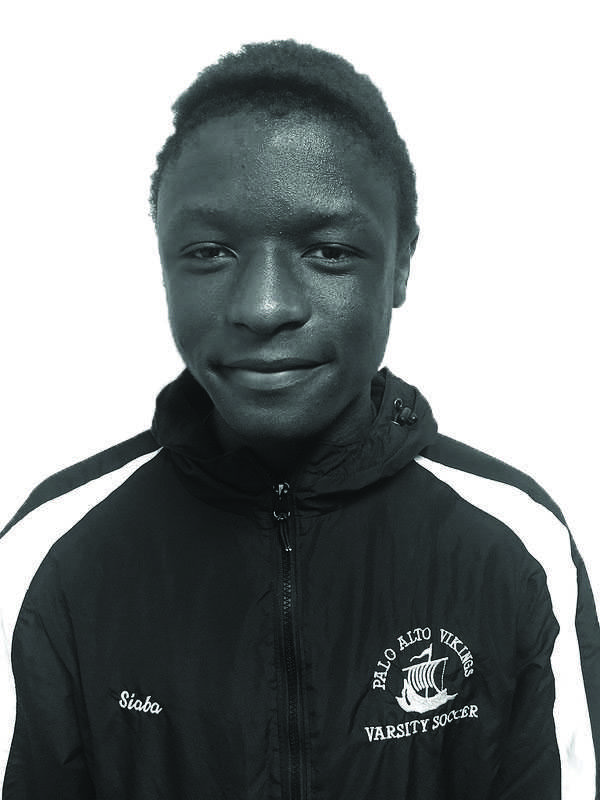 Junior Michel-Ange Siaba has brought consistent determination and physical power to his team for the past three years.

The Campanile: What is your position on the soccer team?

TC: What would you say are your greatest accomplishments?

MS: I would say that I’ve been very consistent in my playing style and I’ve been putting the team ahead in a lot of ways. My biggest contribution so far was the preseason tournament as a backup goalie for Eli Friedlander.

TC: Do you have any special routines to psyche yourself up before the game?

MS: Usually I do things in the moment. I have my war cry to get pumped and I breathe really heavily through my nose so that I’m not nervous.

TC: Can you simulate this war cry for me?

MS: Uhh … Not while there is a class going on.

TC: What are some things that could be improved about soccer?

MS: If they could eliminate running from the sport, that would be great. Also, better officials. Most of them are not really good and it’s frustrating.

TC: If you could perform physical harm to those officials what would you do?

TC: How long have you been on varsity?

MS: I’ve been officially on for two years, although I played here and there when I was a freshman.

TC: Who do you admire most on the team?

MS: Eli Friedlander. He’s a good player, but it’s hard to find a good player who consistent every game. As a goalkeeper that’s a necessity, but Eli pulls off crazy moves.

TC: What are you guys looking to improve as a team before CCS?

MS: We’ve been talking a lot about having better practices. We get better during practice, but right now we aren’t focused and we can’t improve.

TC: What is your favorite part of soccer?

MS: Getting to celebrate, because you can get a good goal and then dish out a good celebration.

TC: Do you have any standard routines?

MS: Well, my go-to is usually the backflip. Or I open up my arms and just let everyone hug me and they touch my head and say, “Oh, you’re so good!”

TC: Is your head the only thing they touch?

MS: Head, amongst other parts.

TC: What are these other parts Michel?

MS: Is this necessary?

MS: They touch me in the back and you know. Slap me in the — I don’t know.